The 4th warm-up match of the ICC Under-19s World Cup 2020 will be played between Afghanistan Under-19s and India Under-19s at the Irene Villagers Cricket Club in Pretoria.

India Under-19s will face Afghanistan Under-19s in the first of the two warm-up matches ahead of the U19 CWC. The Indian team is fresh of an unbeaten run in the Quadrangular series which they won comfortably in all games. They have won 7 of the 8 matches they played in the current South Africa tour. Both India and Afghanistan players knew each other well enough as they faced off in the Youth Asia Cup and the 5-match ODI series in India. The India side clinched a close win in the Asia Cup before winning the home ODI series by 3-2 margin.

The warm-up game between India and Afghanistan is likely to be a shortened one as rain is expected throughout Sunday in Irene Villagers.

The Irene Villagers Cricket Club has not hosted a U19 match between International sides. However, it stood host for a List A match during the 2015/16 season where the first batting side registered a comfortable win after posting 230+ total.

Abid Mohammadi claimed 8 wickets during the Youth ODI series in India. He struck back to back centuries in his maiden List A competition but is yet to show the exploits with the bat. Ibrahim Zadran will be hoping to use his experience of playing International cricket at senior level. He already got the taste of Test cricket which shows his ability and experience coming to this tournament. Yashasvi Jaiswal and Divyaansh Saxena are going to crucial in the match. Jaiswal hasn’t done much with the bat since his unbeaten fifty. 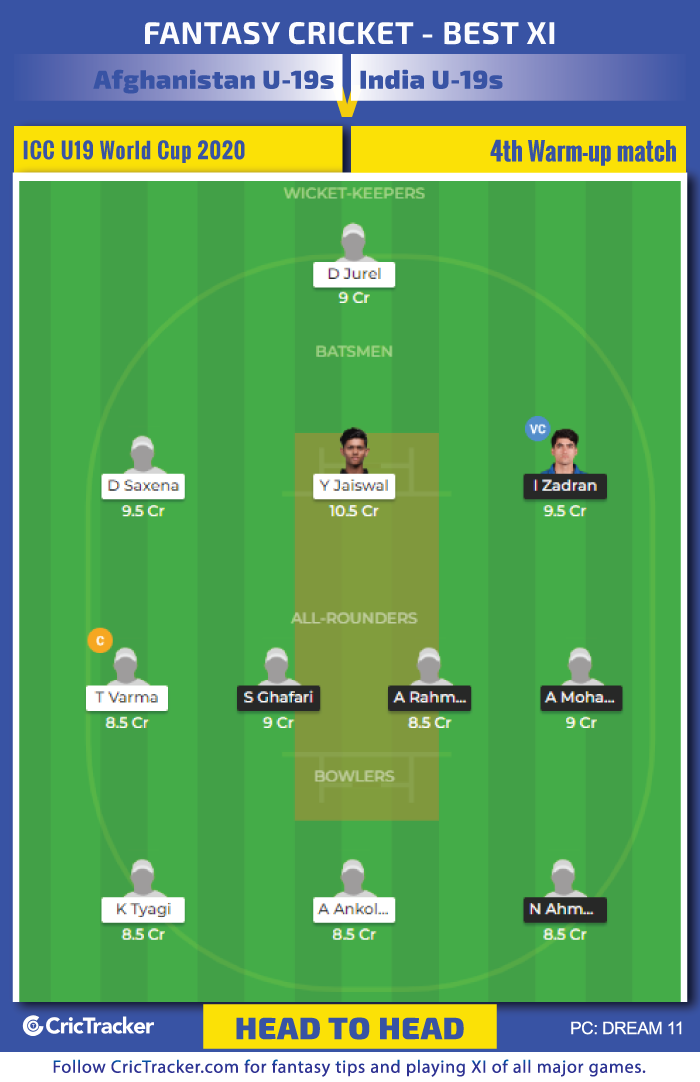 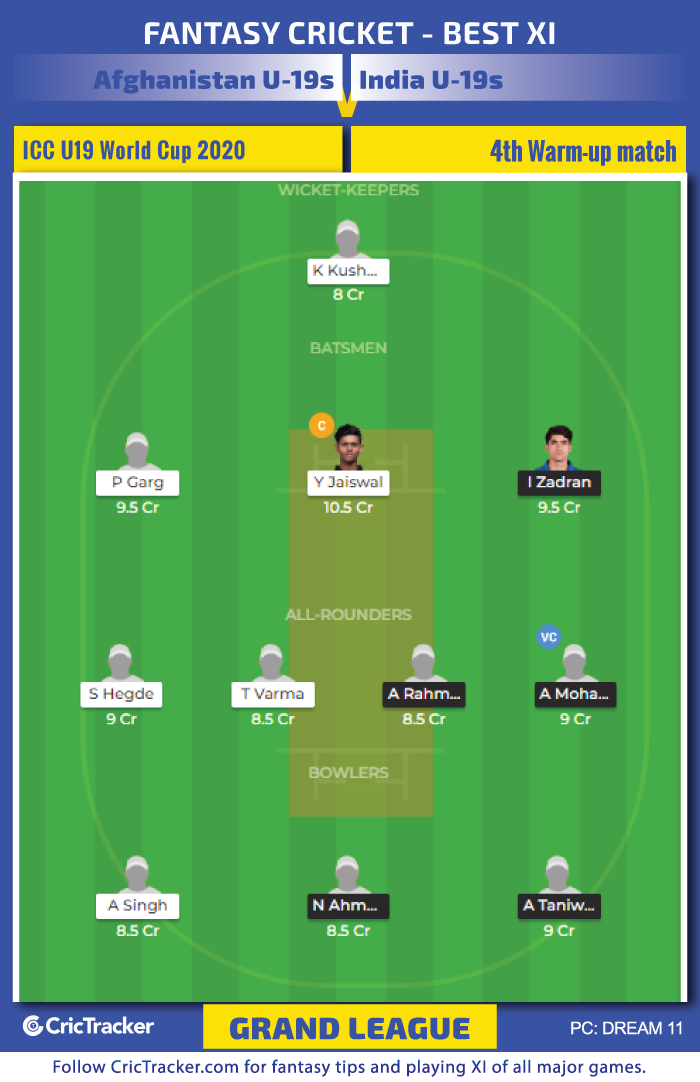 Since this is a warm-up match, both India and Afghanistan teams will be looking to give a go to as many players as possible. India will be aiming to give first preference to the players who didn’t perform well in the Quadrangular series. It will help them to have more in form players going into the big event.

India Under-19s might clinch a close win over the Afghan U19s.