Cooper Connolly, the 16-year-old all-rounder will be a good player to pick in any fantasy side.

The 5th warm-up match of the ICC Under-19s World Cup 2020 will be played between Australia Under-19s and Bangladesh Under-19s at the Irene Villagers Cricket Club in Pretoria.

Australia Under-19s will face Bangladesh Under-19s in the first of the two warm-up matches ahead of the U19 CWC. The Aussie colts are fresh with some exciting players in their side. Sam Fanning, Cooper Connolly will be the player to watch out with the bat. They have certainly given some brilliant performances in the recent past due to which they were picked in the mega-event squad.

Bangladesh colts also look quite formidable as far as their team line-up is concerned. They will certainly bank on Akbar Ali, who smashed two brilliant half-centuries against Sri Lanka Under-19 in the five-match youth one-day international series. Meanwhile, in bowling, they have Shoriful Islam, Tanzim Hasan Sakib that will be expected to produce some breakthrough performances in the mega-event.

The chances of rain are quite high and it might abandon the warm-up match between Bangladesh colts and Australia colts. On the other hand, the temperature is expected to deviate between 17 and 26 Degree Celsius throughout the day according to Accuweather.

The Irene Villagers Cricket Club has not hosted a U19 match between International sides. Meanwhile, it is expected to offer a good battle between bat and ball. Also, the track might be favourable for defending a score of 230+.

Cooper Connolly, the 16-year-old all-rounder will be a good player to pick in any fantasy side. He had a great stint playing for Cricket Australia XI in the U19 championship in which he muscled a brilliant knock of 66 runs. In the same tournament, he grabbed eight wickets. Towhid Hridoy will be another important player to watch with the bat as he has scored three centuries in his last five appearances for the team. Tanzim Hasan Sakib is an obvious bowler to watch as he was the leading wicket-taker for his side in the year 2019 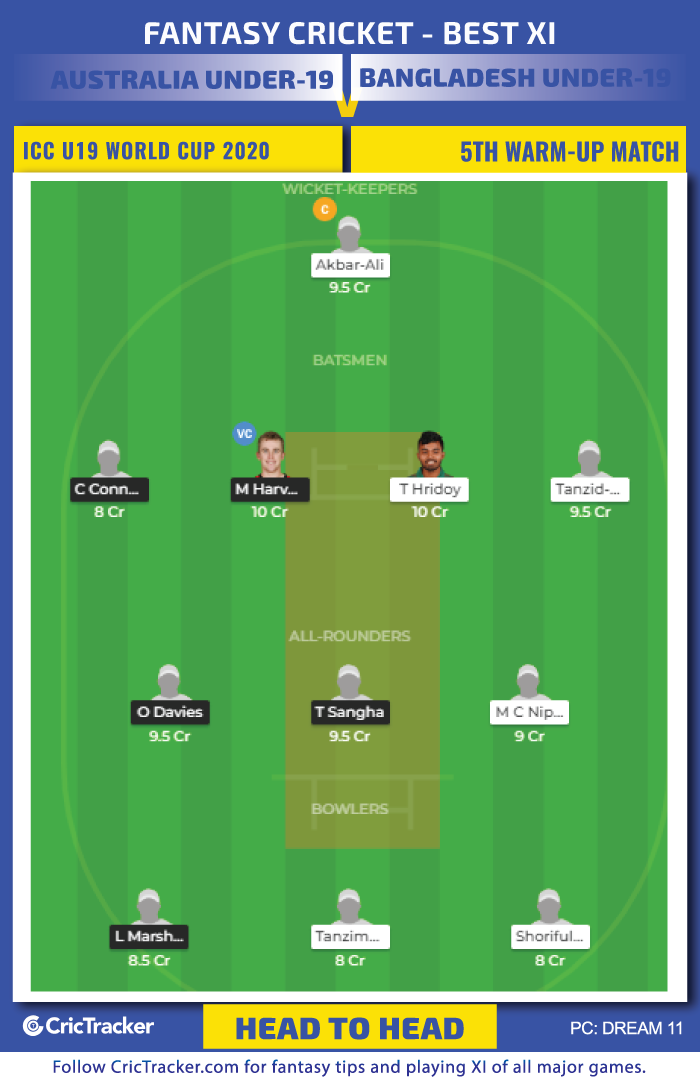 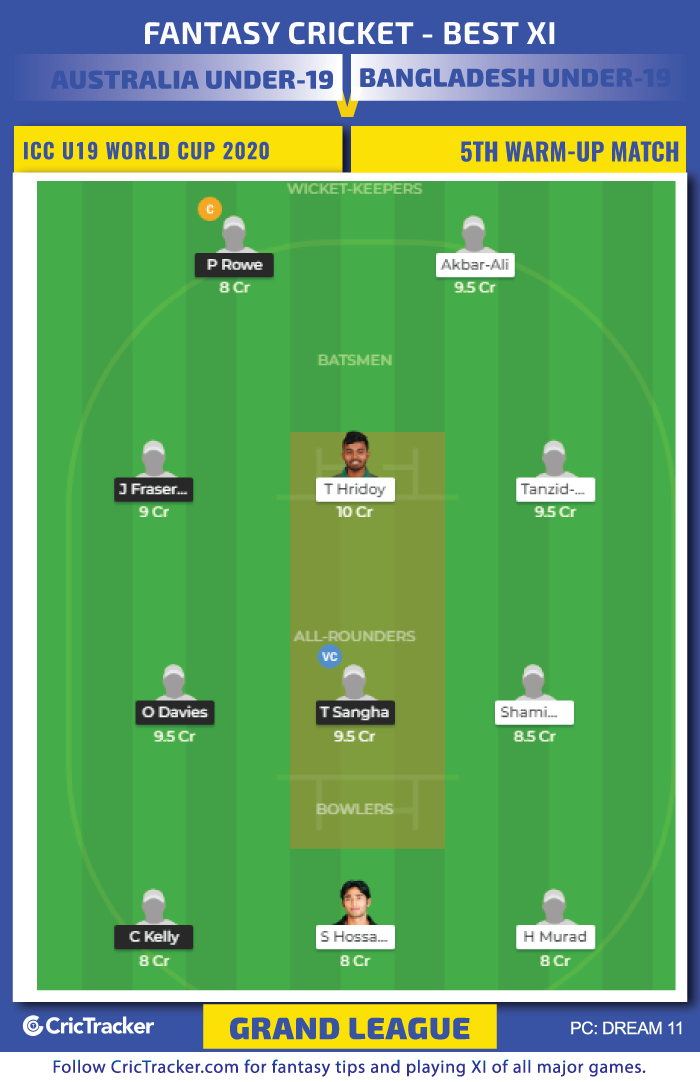 In the upcoming warm-up game, Australia and Bangladesh colts will try to use as many players as possible. In contrast to the normal game, both the sides can use 11 players in batting and bowling. So, be careful while picking your Dream11 Fantasy team. Even the Bangladesh colts look quite impressive when it comes to their recent performances.

Australia Under-19s might clinch a win over the Bangladesh U19s.