Tom Mackintosh scored 331 runs across five innings for Scotland Under-19s with help of a century and two fifties.

The 7th warm-up match of the ICC Under-19s World Cup 2020 will be played between Japan Under-19s and Scotland Under-19s at the Rice Field, St. John’s College in Johannesburg.

Japan Under-19s will gear up for their first-ever U19 World Cup by facing Scotland in the warm-up match on Monday. Their entry into this tournament was dramatic one after they were declared winners of the ICC East-Asia Pacific Qualifiers. The final match to be played between Japan and PNG didn’t take place as PNG forfeit the match as 11 players were suspended by the board for violating the code of conduct. On the other hand, Scotland returns to the U19 CWC after missing out on qualification for 2018.

The St. John’s College in Johannesburg is likely to be shortened one due to the rain forecast on Monday.

The St. John’s College ground will host a cricket match for the first time in six years on Monday. Even the last tournament it hosted was a U13 level competition. The quality of play in Japan and Scotland is likely to dominate the nature of the pitch.

Tom Mackintosh scored 331 runs across five innings for Scotland Under-19s with help of a century and two fifties. Yugandhar Retharekar picked up 8 wickets for the Japan U19s across three matches that include a 5-wicket haul. Kazumasa Takahashi aggregated 90 runs for Japan U19s in three matches with help of a fifty and also bagged six wickets including a 4-wicket haul. Jasper Davidson has scored 217 runs in five matches for the Scotland U19s with two fifties and picked up seven wickets as well. 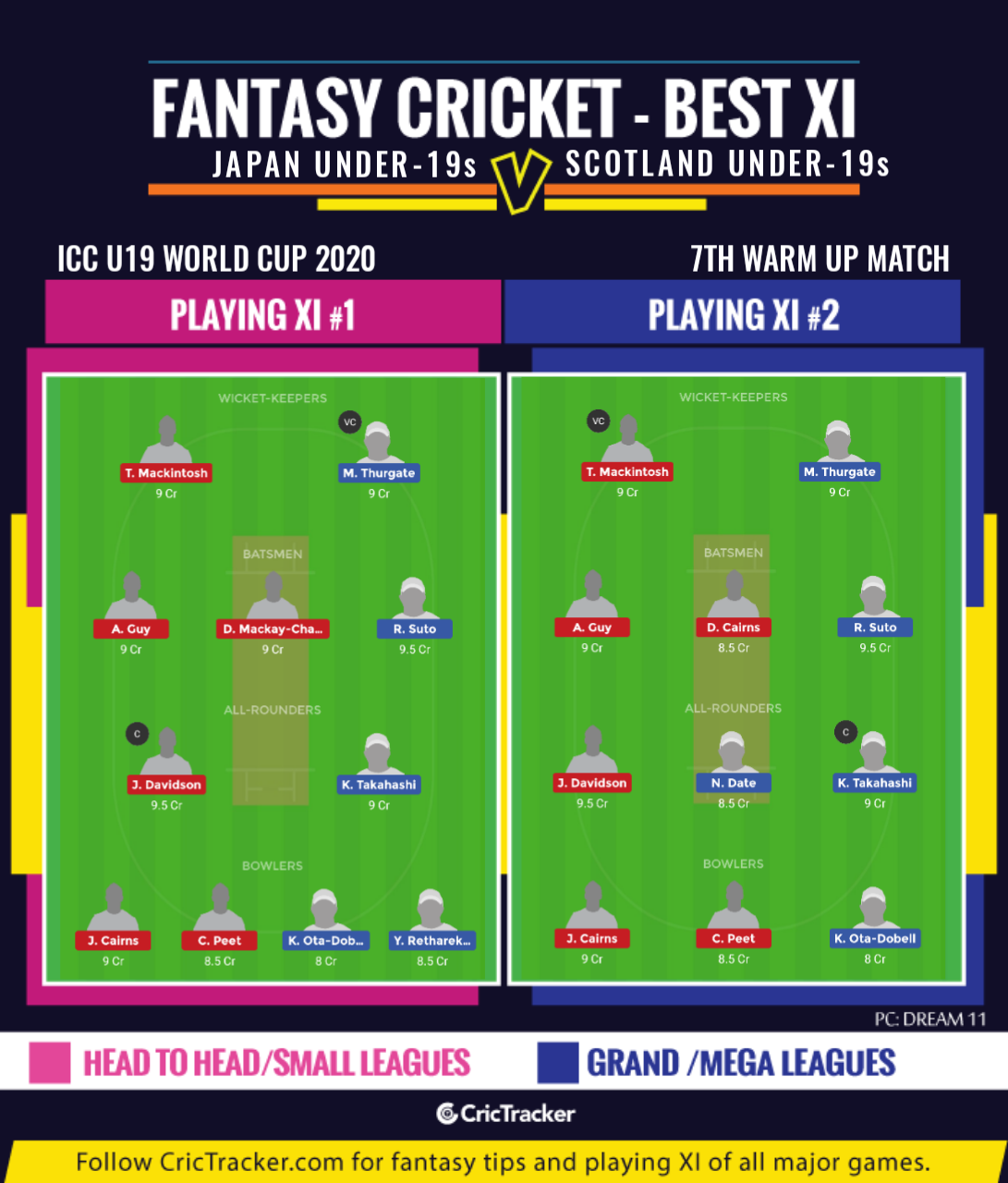 Both Japan U19s and Scotland U19s are not mainstream teams to feature in the ICC events, especially in the U19 CWC. Japan has not been part of the U19 World Cup till date while Scotland has always been dominated by the better sides whenever they played. Hence, we can consider both to be on the same level and pick at least five players from each team.

Scotland Under-19s might have an edge in this match due to better exposure at this level.