Picking equal players from both sides will be wise as this match is likely to go down to the wire.

The 15th match of the 2020 ICC Under-19s World Cup, Group A will be played between New Zealand Under-19s and Sri Lanka Under-19s at the Mangaung Oval in Bloemfontein.

The caravan of the 2020 edition of the ICC U-19 World Cup rolls on and the 15th game will see New Zealand U-19s lock horns with Sri Lankan colts at Kimberley as both sides aim for their maiden win of the tournament.

New Zealand would be disappointed that they had to share valuable points with Japan after their opening game of the competition was washed out due to rain. Before the rain proceeded to play spoilsport, the young BlackCaps were going great guns after the opening duo of Rhys Mariu [51] and Ollie White [80] had put on 119 runs for the first wicket. The Kiwis were well on course to get a match-winning total before the rain decided to have the final say.

With a tough game against India still to follow, New Zealand will hope that they can gain crucial points when they lock horns with Sri Lanka on Tuesday. Sri Lanka comes into this game after having suffered a 90-run defeat at the hands of defending champions India after none of their batsmen could go on and convert their starts into a substantial score, eventually falling short of the target of 298.

It is expected to be a bright and sunny day in Bloemfontein on Wednesday. According to the weather report, spells of sunshine is set to be the order of the day on Wednesday. While the temperature is set to be between 15 and 33 degrees Celsius, the humidity is set to hover around 60%. Chance of rain- minimal.

In the two games played at the Mangaung Oval in Bloemfontein, the pitch has provided an even contest between the bat and the ball. While the batsmen have got great value for runs, the bowlers too have had something to boast about. Much of the same should be expected on Wednesday.

Average first innings score:– 264 [In the 2 games at the venue in this edition]

New Zealand U-19: The opening duo of Ollie White [80] and Rhys Mariu [51] looked in brilliant touch in the last game and the Kiwis will hope they can continue with the same against Sri Lanka. On the bowling front, David Hancock and Kristian Clarke will be key.

Sri Lanka U-19: None of the top-order batsmen in Kamil Mishara [39], Ravindu Rasantha [39] and skipper Nipun Dhananjaya [50] could kick-on and convert their start into a three-figure score against India, something the island nation will hope, isn’t the case on Wednesday. As far as bowling is concerned, Ashian Daniel [1-39] and Amshi de Silva [1-40] will be key. These players can be picked in your Dream11 Fantasy side. 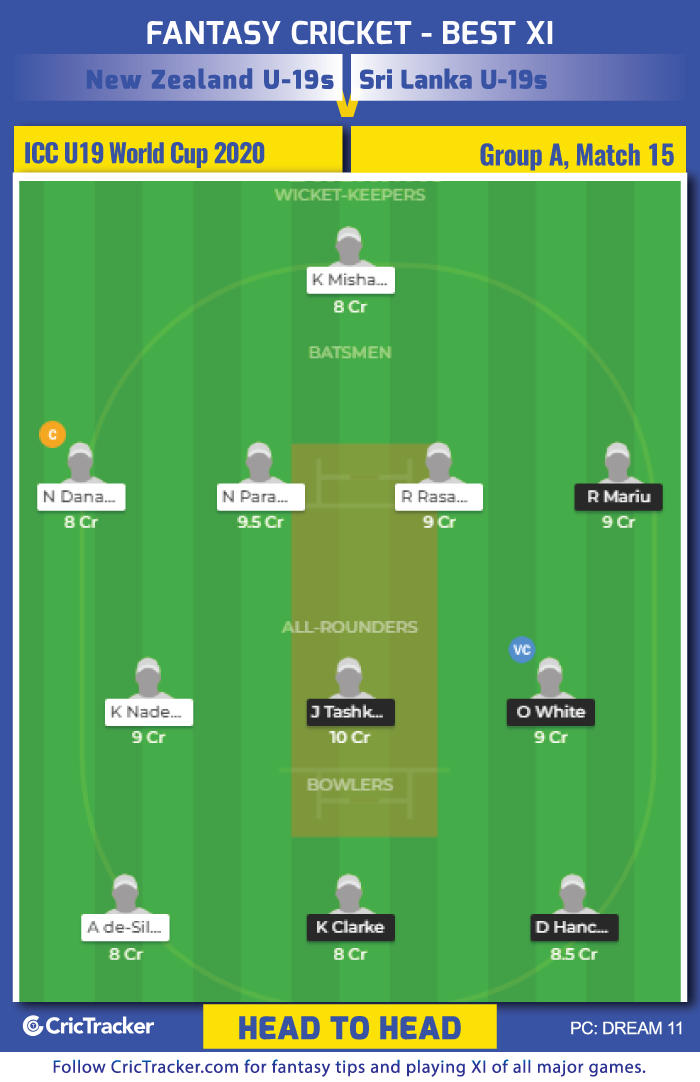 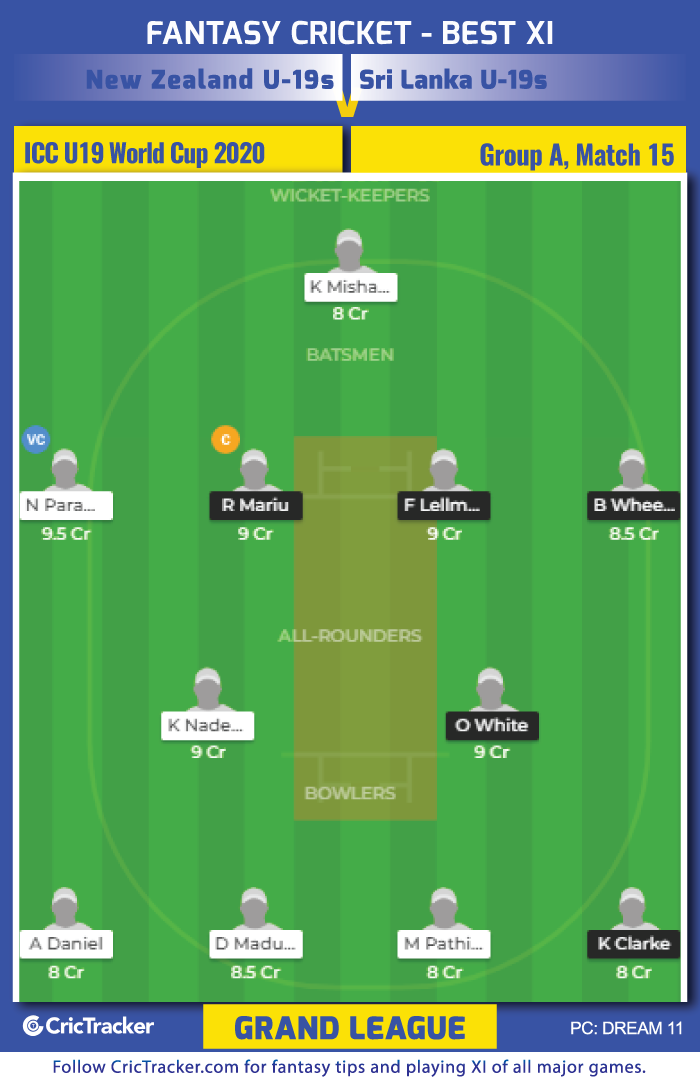 Picking equal players from both sides will be wise as this match is likely to go down to the wire. Also, wait for the playing XIs to be announced after the toss before finalising your Dream11 Fantasy side.

New Zealand Under-19s are expected to win the match.