The 12th match of the 2020 ICC Under-19s World Cup, Group D will be played between South Africa Under-19s and Canada Under-19s at the Senwes Park in Potchefstroom.

The home team South Africa Under-19s will be part of a crucial match on Wednesday as they face Canada Under-19s. The Proteas team suffered defeat in the tournament opener against the Afghans who are too good with the ball. Shafiqullah Ghafari’s 6-wicket haul pushed them into tatters and never managed to recover. Canada Under-19s, on the other hand, fared well with the bat against the UAE team. However, the total of 231/8 was never going to be enough for them to beat UAE.

No threat of rain is expected for the game between the hosts South Africa and Canada. However, there could be clouds around the venue in the evening.

The three Youth ODIs hosted by the Senwes Park in 2017 between South Africa and England witnessed scores over 240+ by the team batting first. The chasing teams won in the pursuit 249 and 260-run targets. The last week’s match between Zimbabwe and Bangladesh was somewhat a high-scoring one as well. Hence, there is a possibility of a big total from South Africa if they bat first.

Muhammad Kamal can be a valuable player in the fantasy team as he scored 31 from only 17 balls in the first match against UAE and picked up a wicket in the opening spell. The SA skipper Bryce Parsons showed how good a batsman he is during the tournament opener as he top-scored with a 42-ball 40 despite the collapse. He is also good enough to take 1-2 wickets every match. Gerald Coetzee could be too tough to handle for the Canada team as the home team pacer has a great record at deceiving the batters with his pace and bounce. Coetzee can also be valuable with the bat at this level. Johnathan Bird was unlucky to miss out with the bat during the first match. He averages more than 50 in the Youth ODIs and will be a crucial player in the fantasy team. 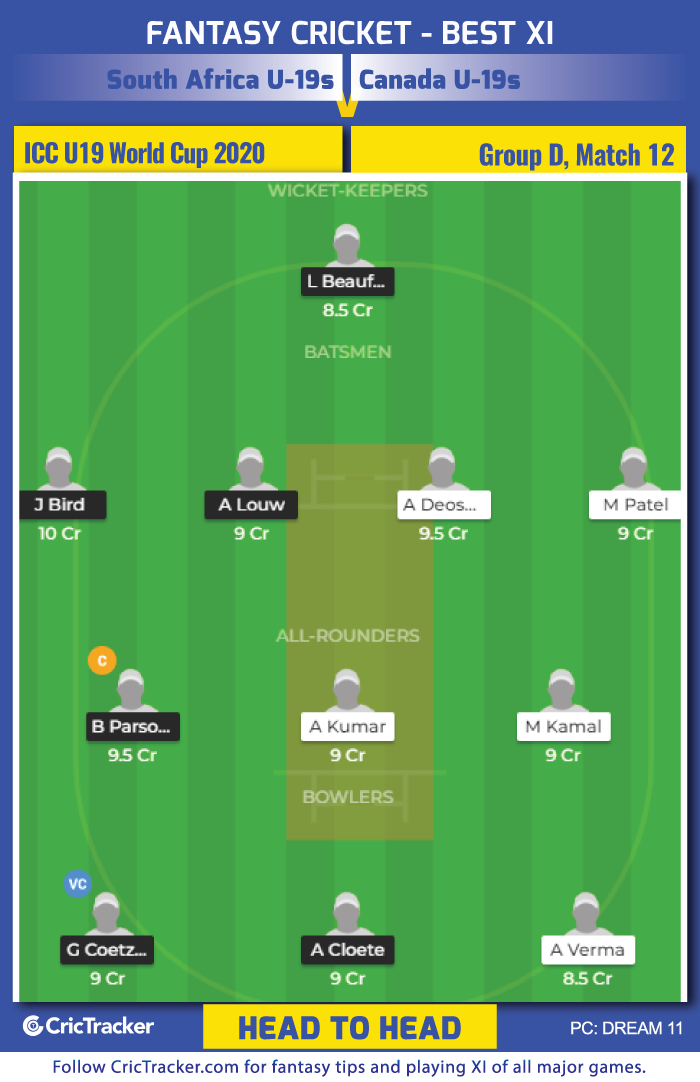 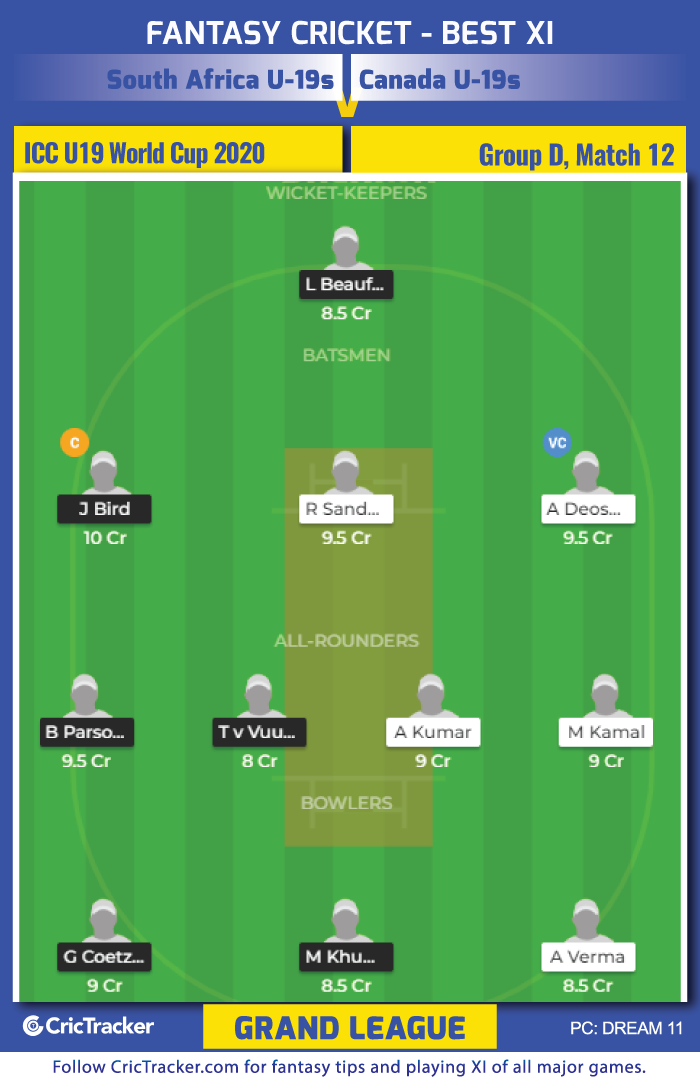 There is a possibility of Canada Under-19s surrendering in front of South African Under-19s like what Scotland and Japan have been done against superior sides. However, Canada at least has done better with the bat in the game against UAE and in the warm-up against West Indies. Hence, a few of them can be trusted and picked in the fantasy XI.

South Africa Under-19s are expected to win this match and open the account.