Shafiqullah Ghafari became the first player in Youth ODI history with back to back 5-wicket hauls.

The 19th match of the 2020 ICC Under-19s World Cup, Group D will be played between Afghanistan Under-19s and Canada Under-19s at the North-West University No.2 Ground in Potchefstroom.

An interesting battle in Group D between Afghanistan and Canada is set to be played on Friday. The Afghanistan team is the only side to have confirmed their quarter-final spot in Group D while Canada is the only side without any chance of finishing in top 8 from their Group. Afghanistan could be seen making a few changes after two big wins as most of the players remain untested. Canada U19s will be aiming to finish the Group Stage with a win and gain positives before the Plate competition.

The majority part of the match is expected to be washed out due to the scattered thunderstorms.

The North-West University No.2 Ground will be making it Youth ODI debut on Friday. The venue hosted a couple of matches in 2018 during U19 CWC Qualifiers. Most of those were between regional teams and low-scoring matches.

Ibrahim Zadran continues to show his experience as he struck fifties in both the matches thus far. The wrist spinners Shafiqullah Ghafari and Noor Ahmad have done the majority of the damage with the ball picking up 11 and 5 wickets respectively. Akhil Kumar has scored 47 runs and four wickets across the two matches for the Canada team. Mihir Patel scored 116 runs across two innings in this tournament and is Canada’s leading run-getter. He scored a brilliant 90 against UAE in the first match. 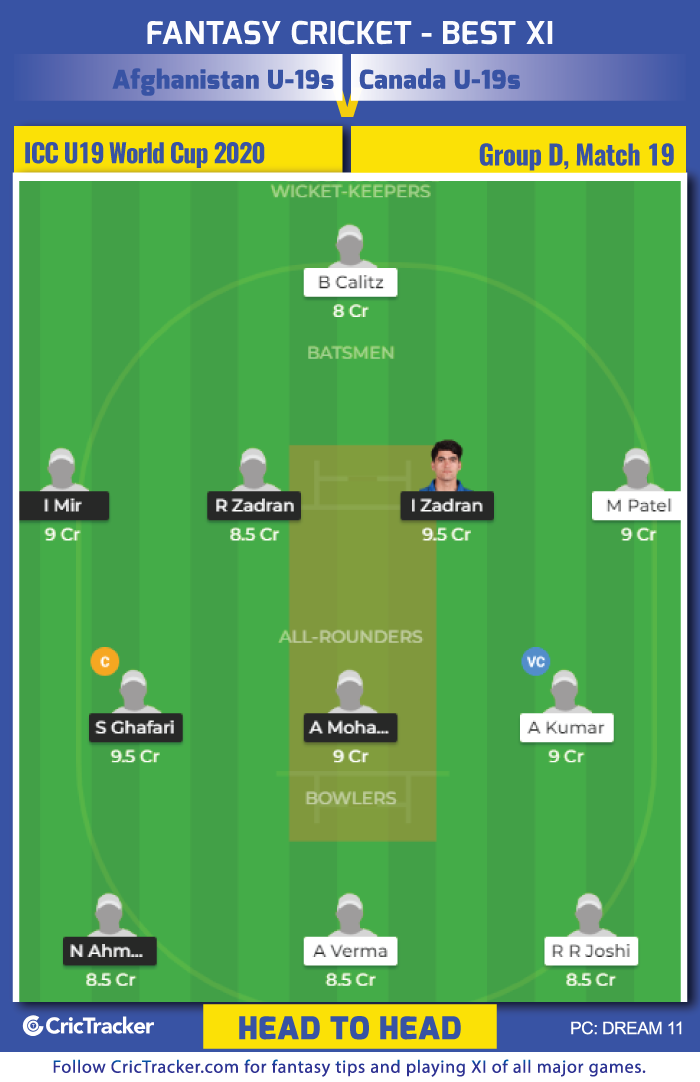 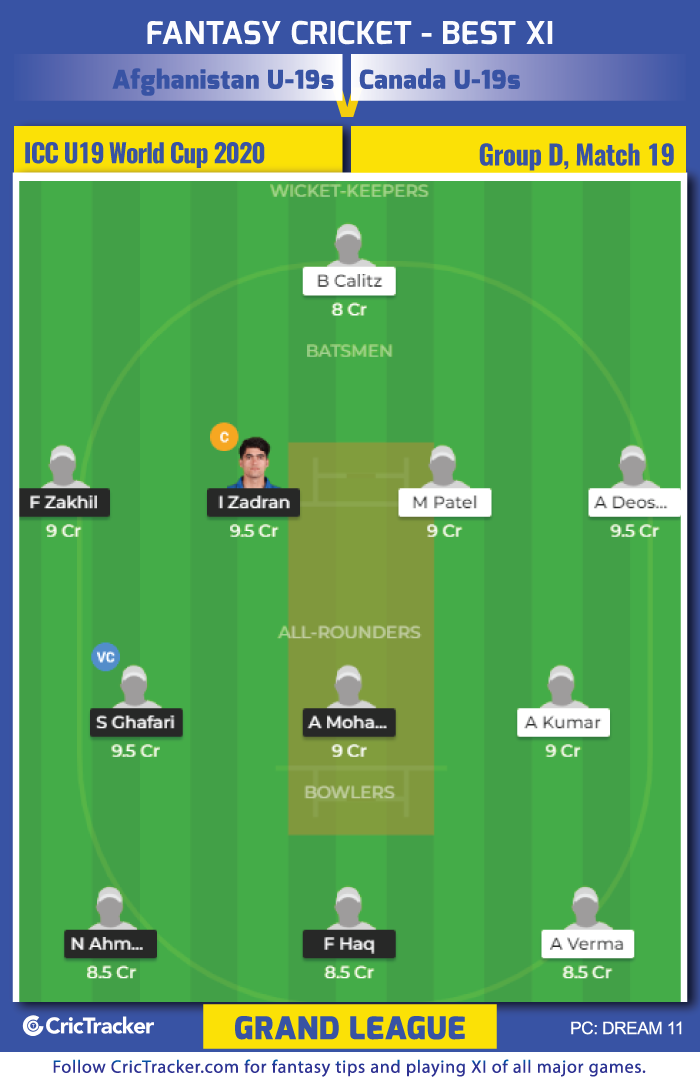 The role Shafiqullah Ghafari is going to play in this match is likely to make an impact on fantasy cricket. If Afghanistan team tries to be independent of the dominating leg-spinner, they might use him limitedly on Friday. Since they already confirmed their place in the quarters, they have a chance of trying different things.

Afghanistan Under-19s are expected to finish the group stage by remaining unbeaten.