Jordan Cox and Sam Young are quite exciting batsmen in England Under 19 team.

The Plate Quarter-Final 2 of the 2020 ICC Under-19s World Cup, Group B will be played between England Under-19s and Japan Under-19s at the Witrand Cricket Field in Potchefstroom.

England Under-19 defeated Nigeria colts by eight wickets in their previous game. It was their first win in ICC Under 19 World Cup 2020 and they will look to continue with the same against out of form Japan in quarterfinals 2. They boast a strong batting line-up that comprises of Sam Young, Tom Clark and Jordan Cox. And, if they managed to click good knocks with the bat then the chances are quite slim that England colts will have to suffer a defeat.

Japan colts have failed to perform well in the ongoing World Cup. They need a drastic improvement in their batting and bowling if they want to win the quarterfinal game against England colts. Japan players look quite short of experience due to which they had to struggle a lot in the mega-event. However, the fans can expect a turn around if they managed to control their nerves in crucial moments of the match.

The weather is expected to be clear and perfect for a cricket match. There are no chances of rain and the wind might blow at a rate of 7 to 15 km/hr during the match. On the other hand, the temperature is expected to deviate between 16 and 31 Degree Celsius throughout the day according to Accuweather.

The pitch at the Witrand Cricket Field is expected to go in favour of the bowlers. They will find it difficult to middle the ball with their willow. The fast bowlers will have to hit the ball in the right areas to grab wickets in the crucial encounter. Spinners might get some turn that might reflect in the outcome of the match. The side winning the toss will look to the field as the teams have found it relatively difficult to defend score on this ground.

Average first innings score:– 180 [Games played at the venue in this edition]

Jordan Cox and Sam Young are quite exciting batsmen in England Under 19 team. They should be picked in any Dream11 Fantasy side. Lewis Goldsworthy has done extremely well with the ball for his team and he would be one of the obvious picks for any team. 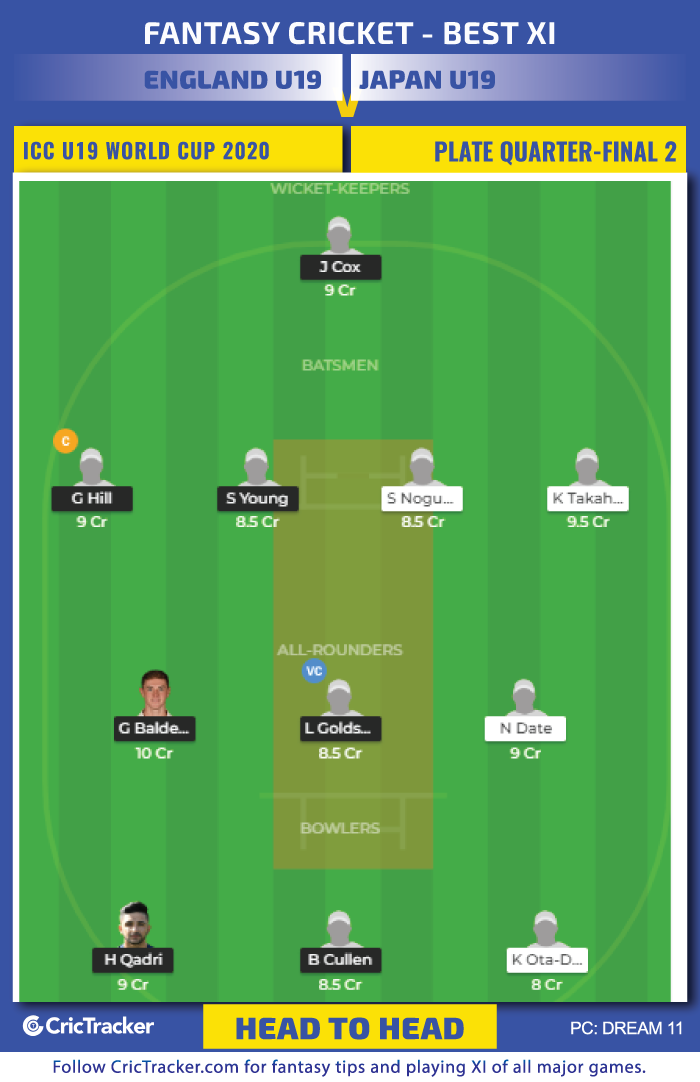 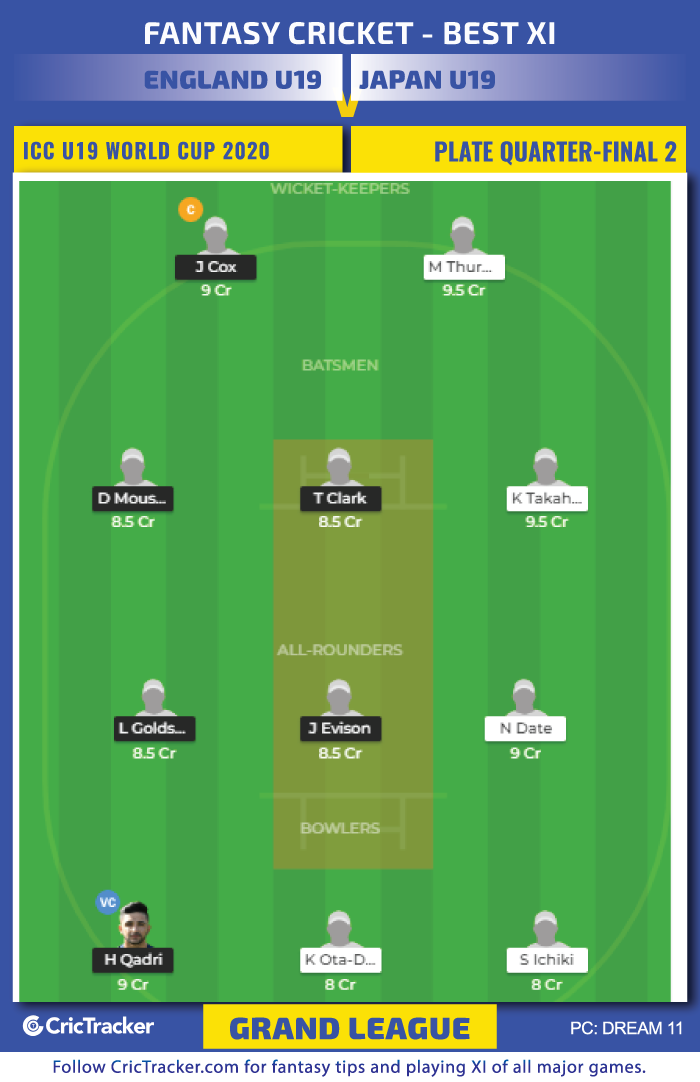 Both the sides can opt for some surprising changes in their side for Quarterfinals. Also, Ben Charlesworth, who did well for his side in the ongoing tournament, didn’t feature the previous game for his side and he might get to play in the upcoming match for England colts.

England Under-19s is expected to win the game.