Sri Lanka Under-19 are expected to win this match.

Sri Lanka Under 19 will take on Scotland Under 19 in the Group D contest of the ICC Under 19 World Cup 2021/22 on Friday. Both sides are placed in a tough group where Australia U19 and West Indies U19 are also present. Sri Lanka Under 19 made a good start into this tournament with two back-to-back victories in the warm-ups games against Uganda U19 and Ireland U19.

Scotland Under 19, on the other hand, played only one warm-up game and lost to Ireland Under 19 by 7 wickets. They must beat big teams in order to go to the further rounds. They are all set to upset Sri Lanka U19 in this match.

It’s more of a bowling-friendly surface and we saw two low-scoring encounters in the last 2 matches played here. It’s better to bowl first on this wicket.

Sadisha Rajapaksa is a consistent performer for Sri Lanka Under 19. He remained not out in both warm-up matches against Uganda U19 and Ireland U19. He struck 97 runs with the best score of 75*.

Shavon Daniel is a good top-order batter who can score runs at a brisk pace. He accumulated 121 runs in the warm-up matches with the highest score of 75*.

Tomas Mackintosh was the top scorer for Scotland U19 in the warm-up match against Ireland U19. He scored 26 runs from 46 balls.

Olly Davidson didn’t shine in the warm-up game against Ireland U19. However, he made up for it by picking up 3 wickets with the ball at an economy of 3.85. 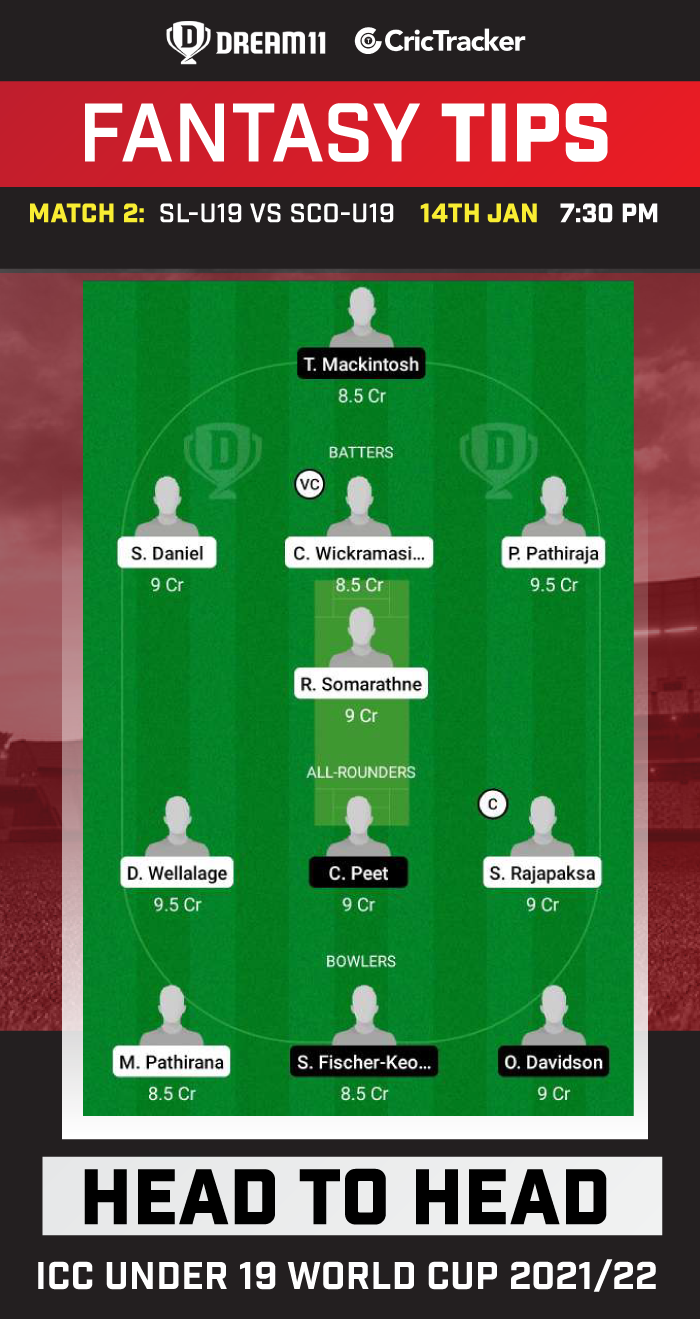 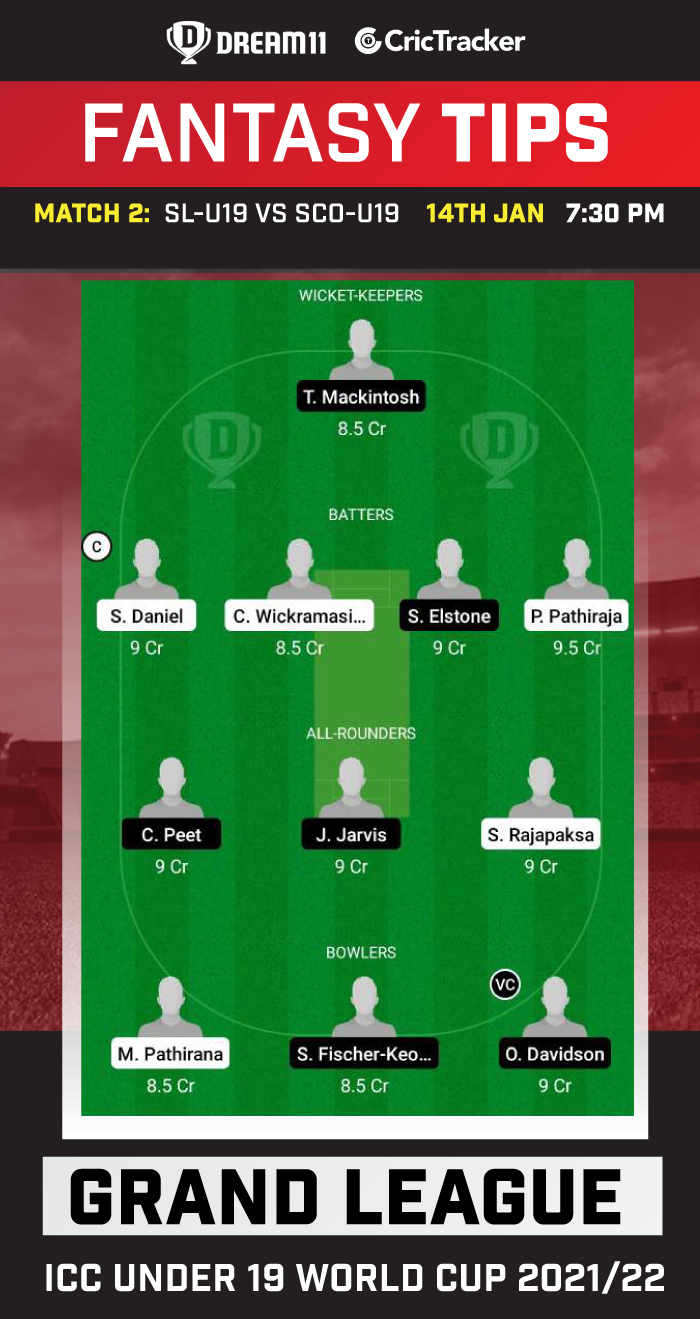 Sri Lanka U19 are expected to win this match.