Ireland U19 are expected to win this game.

Ireland U19 will start their campaign Under-19 World Cup campaign against the Uganda U19 team. Ireland played two warm-up games against Sri Lanka and Scotland. They lost the match against Sri Lanka by a huge margin of 128 runs after failing to chase a target of 234 runs. Ireland bounced back in the second game against Scotland as Nathan McGuire picked a five-wicket haul.

Uganda played two warm-up games against Scotland and Sri Lanka. Uganda lost both these matches and the road ahead would be really tough for the African nation.

Both the warm-up games on this ground was low-scoring encounter and batters struggled to find the rhythm. The pitch is likely to have the same reputation in this game, and spinners might play a key role in this game.

Joshua Cox played a knock of 44 runs against Sri Lanka during the warm-up game and proved to be a lone warrior. In the second game against Scotland, Cox made 28 runs off 30 balls and finished the game for his country.

Nathan McGuire picked a five-wicket haul during the warm-up game against Scotland. He gave away just 33 runs in his nine overs which also contained a maiden over. McGuire is likely to be play a significiant role in this game considering that the pitch will have huge support for spinners.

In the ICC Under-19 World Cup Qualifier Africa Region, Joseph Baguma was the leading wicket taker. He took ten wickets in four matches at an average of 6.1, an economy of 2.54, and a strike rate of 14.4. 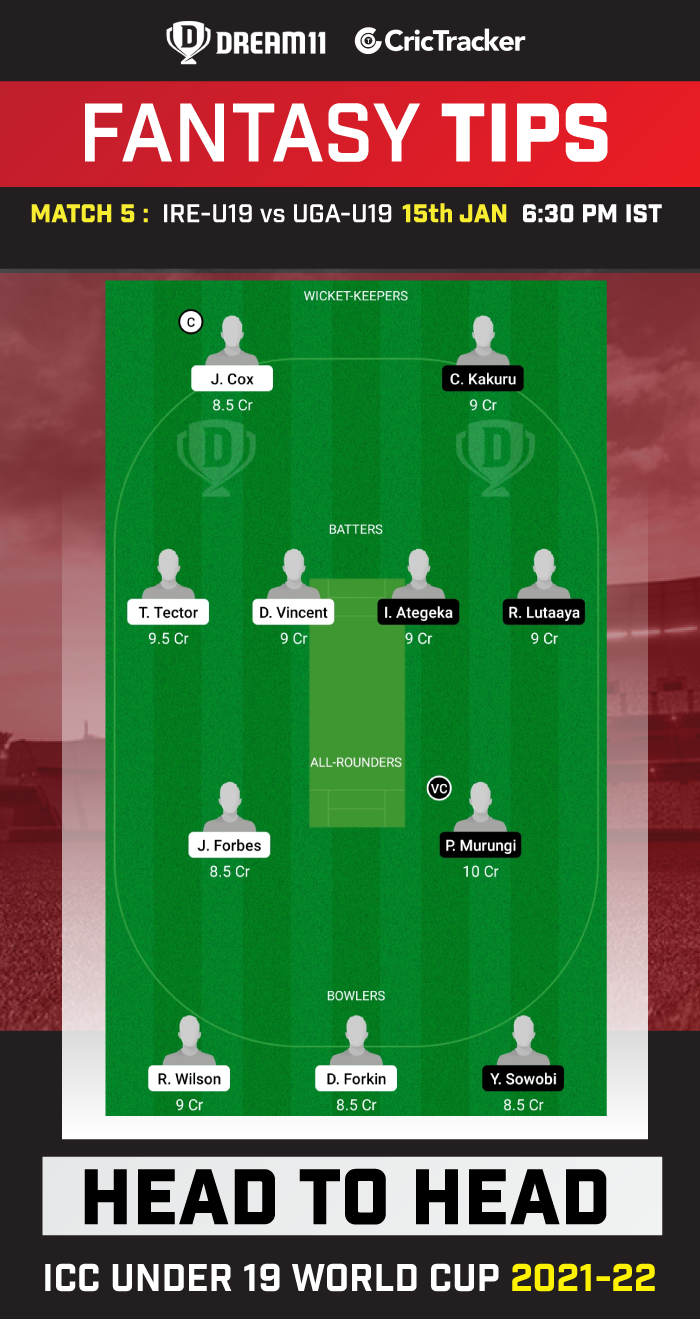 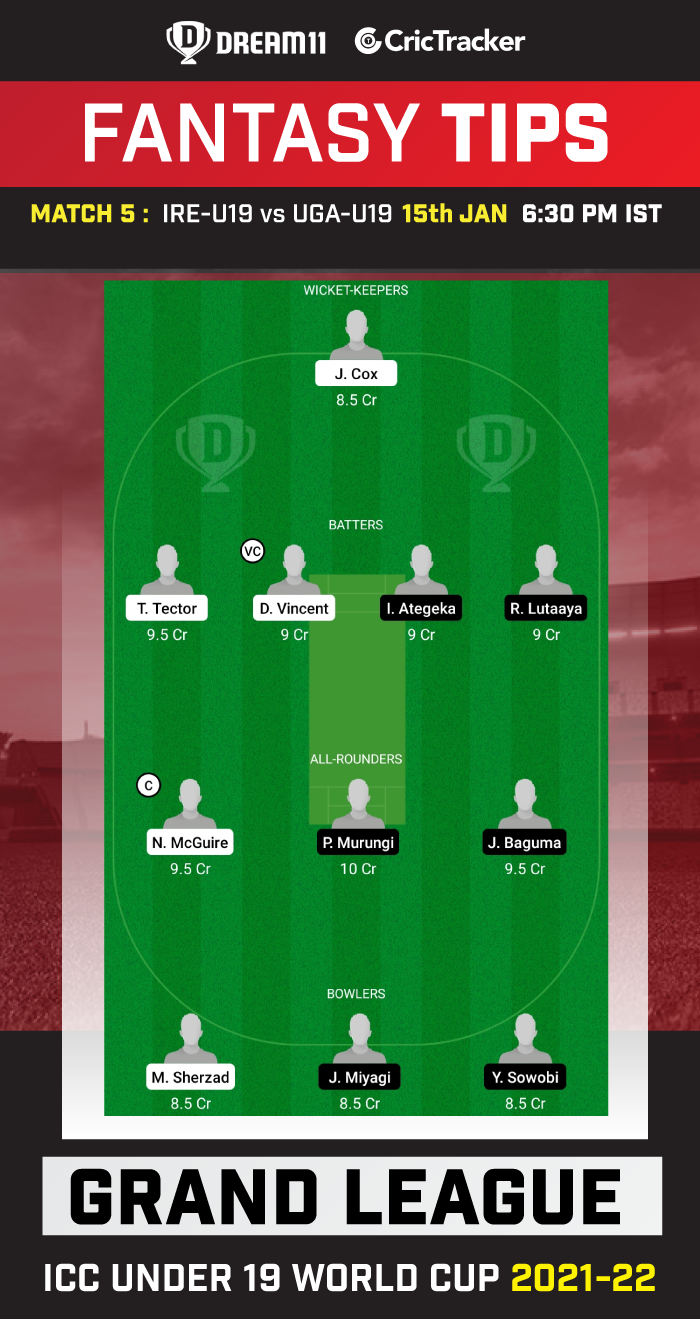 Ireland U19 are expected to win this game.