Jack Jarvis is a must-pick for your fantasy teams.

Scotland Under 19, on the other hand, are also in the same boat. They too are yet to win a game in this competition. They lost to Zimbabwe U19 by 108 runs in the Plate Quarter-Final 3.

Canada Under 19 vs Scotland Under 19, Plate Playoff Semi-Final 2

It’s a difficult surface to chase targets on this surface. The team’s batting first has an incredible record track record of winning matches here. Going with the previous results whoever wins the toss should bat first.

Wicketkeeper Anoop Chima has accumulated 148 runs in 4 matches in this tournament at an average of 37, which includes a sole half-century.

Kairav Sharma has done a great job for Canada Under 19 in this competition. In 4 matches, he has scored 88 runs and has also picked up 6 wickets with the best figures of 3 for 51.

Jack Jarvis is the best performer for Scotland Under 19 in this World Cup. In 4 matches, he has accumulated 112 runs at an average of 28 and has also picked up 6 wickets at an economy of 4.77.

Oliver Davidson gave his best for his side in this tournament. He has scored 103 in 4 matches at an average of 25.75 and scalped 6 wickets as well. 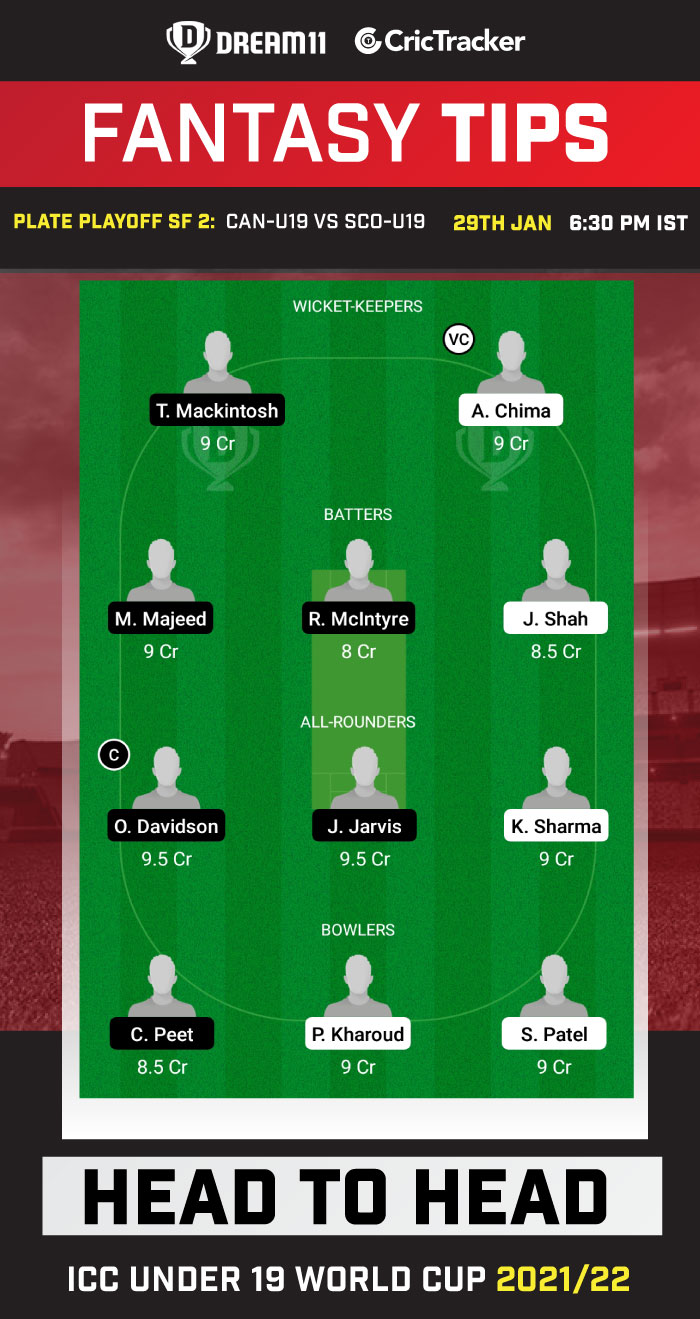 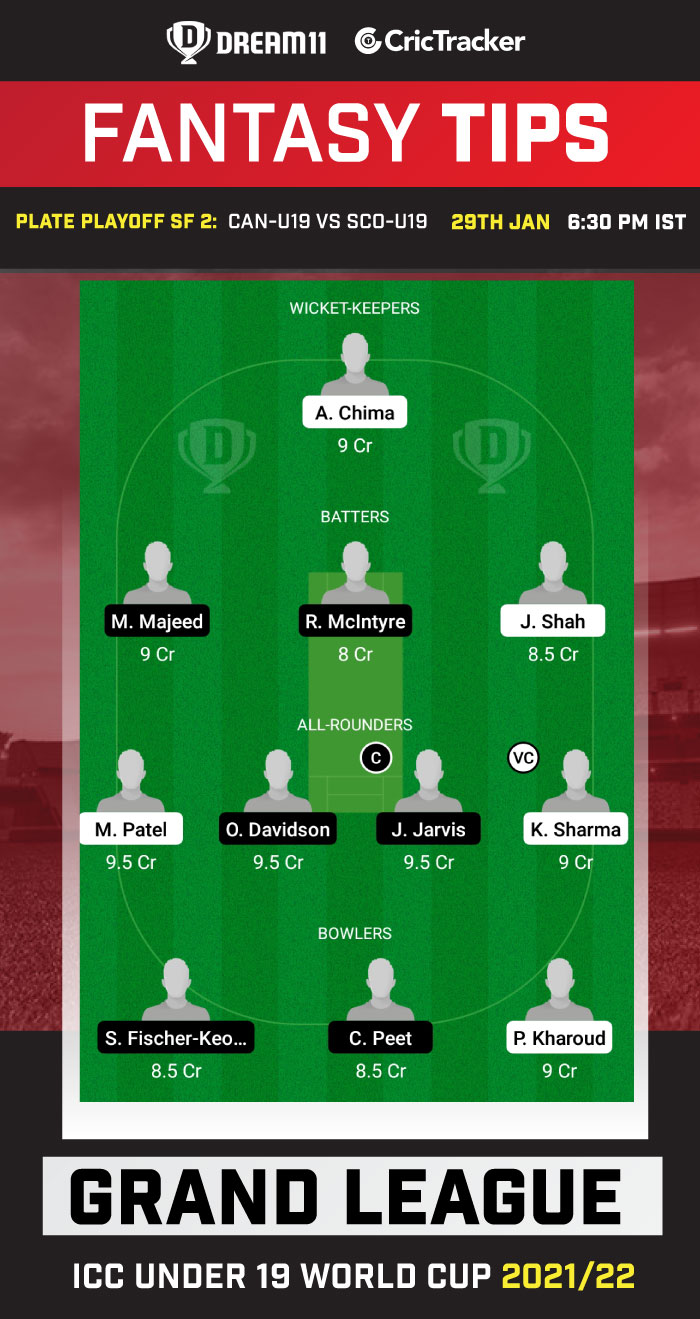 Scotland Under 19 are expected to win this match.