Afghanistan Under 19 are going to take on England Under 19 in the warm-up match of the ICC Under 19 World Cup 2021-22 on Monday. Preparations are going well in both camps and this match will aid the teams to get acclimatized to the conditions furthermore.

England Under 19 got their hands on the trophy once, way back in 1998. Afghanistan U19, on the other hand, have some quality players in their ranks as well. Noor Ahmed is already a well traveled cricketer while Suliman Safi will lead the team.

Afghanistan Under 19 vs England Under 19, Warm-Up Match

The pitch at this venue looks to favour the batters more than the bowlers. The bowlers have to hit the right line and length to contain the run flow on this wicket. As the game progresses, it is expected to become slower and start assisting the spinners as well.

Shahidullah Hasani is a talented cricketer who has got loads of potential. In his last five matches, he has scalped 10 wickets and will look forward to delivering the best for his team.

Bilal Sayeedi has made vital contributions with the bat for Afghanistan Under 19. He has scored 148 runs in his last four outings, with the highest score of 114.

William Luxton would be a good buy for your fantasy teams. He has piled up 165 runs in seven games that he played at an average of 33.

James Coles could be a punt pick for your fantasy teams. He has scored 95 runs with the bat and picked up 8 wickets with the ball as well. 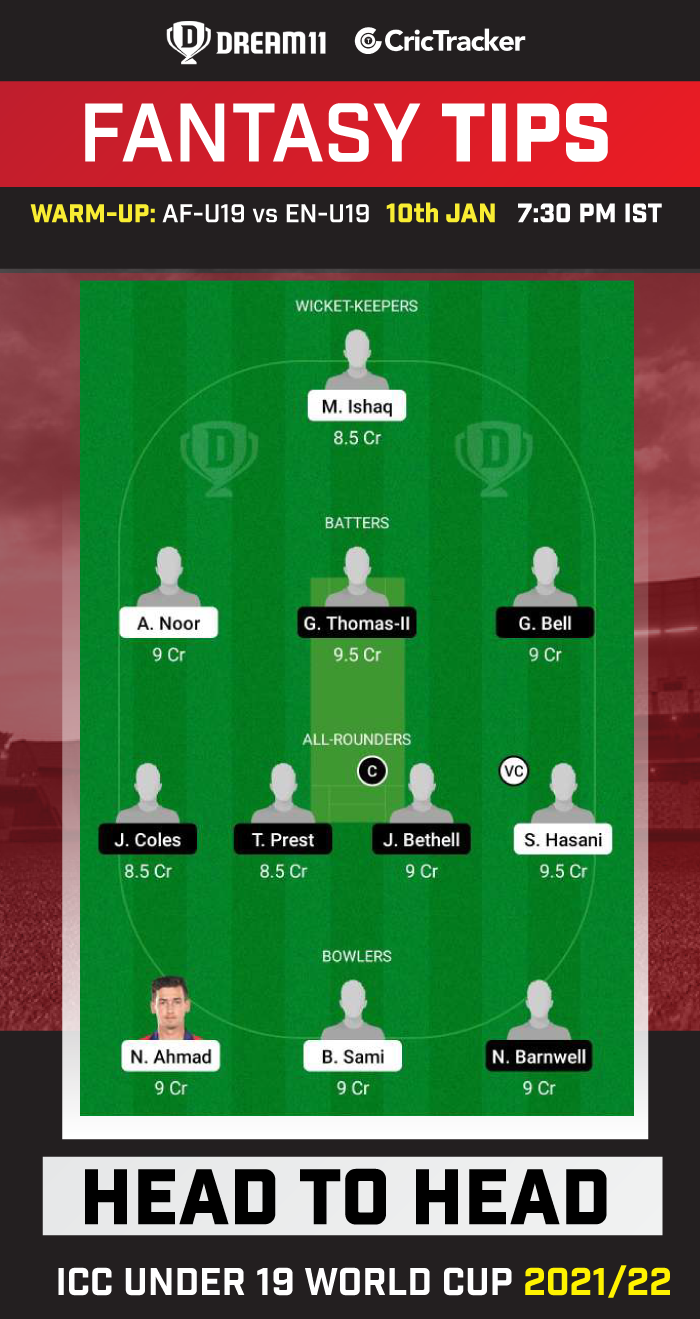 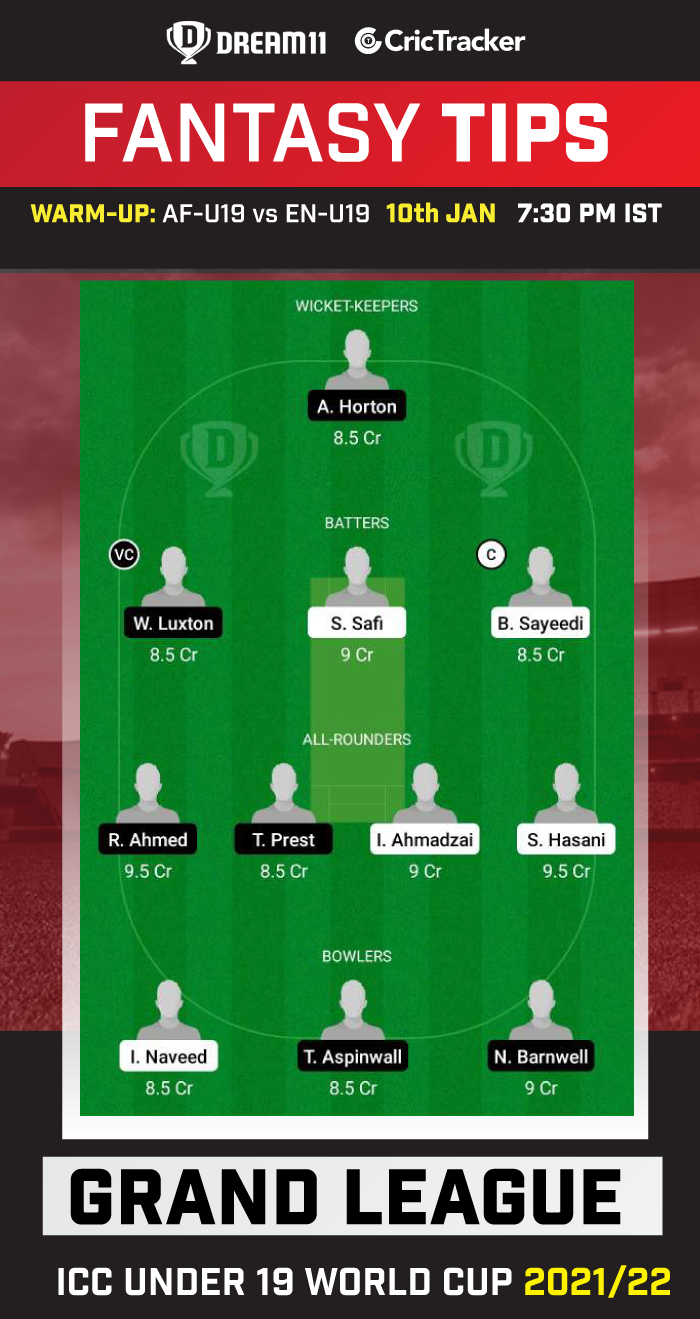