Harnoor Singh is a class player and a must-pick for your fantasy teams.

West Indies Under 19 will face India Under 19 in the warm-up game of the ICC U19 World Cup 2021/22 on Sunday. Preparations are going well in both camps and this match will aid the teams to get acclimatized to the conditions furthermore. West Indies Under 19 recently drew the 4-match series 2-2 against South Africa Under 19. Ackeem Auguste will lead the side in this tournament.

India Under 19, on the other hand, are coming into this tournament on the back of winning the ACC U19 Asia Cup for the eighth time. They have won the U19 World Cup 4 times, which is the most by any side. They had lost to Bangladesh U19 in the finals of the last edition and will look to go one step further this time around.

West Indies Under 19 vs India Under 19, Warm-Up Match

The surface here at Providence Stadium is relatively on the slower side. The spinners can make use of the conditions. The surface might tend to slow a little as the game progresses and batting first is a good option here.

Ackeem Auguste didn’t have the memorable series against South Africa U19 but he is still a good pick for your fantasy teams given the talent he possesses with the bat. In his last 5 matches, he has scored 81 runs and has also picked up a wicket.

Matthew Nandu opens the batting for West Indies U19 and has the ability to play long innings. In his last 5 matches, he has accumulated 141 runs and has picked up 4 wickets as well.

Harnoor Singh is an impressive young talented batter who had a great ACC U19 Asia Cup. In his last 5 matches, he has scored 251 runs with the best score of 120.

Rajvardhan Hangargekar played a key role for India U19 in winning the ACC U19 Asia Cup. In his last 5 matches, he has scalped 8 wickets and has scored 97 runs as well. 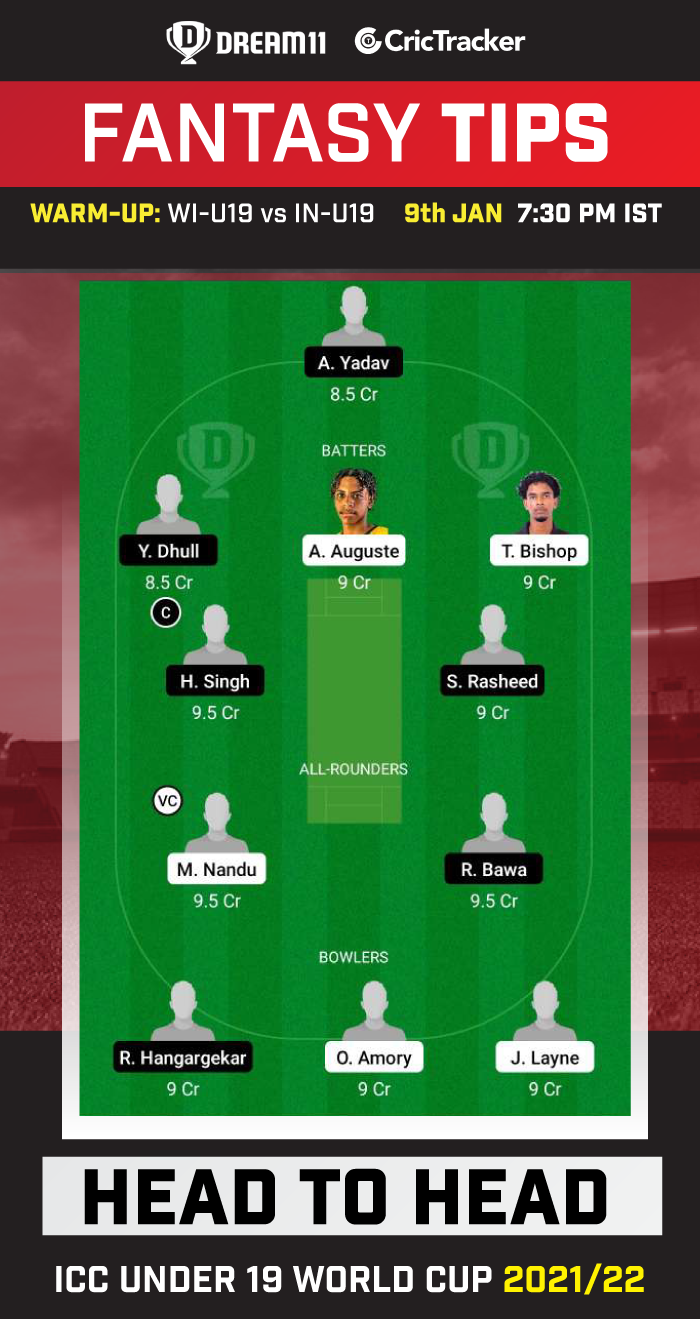 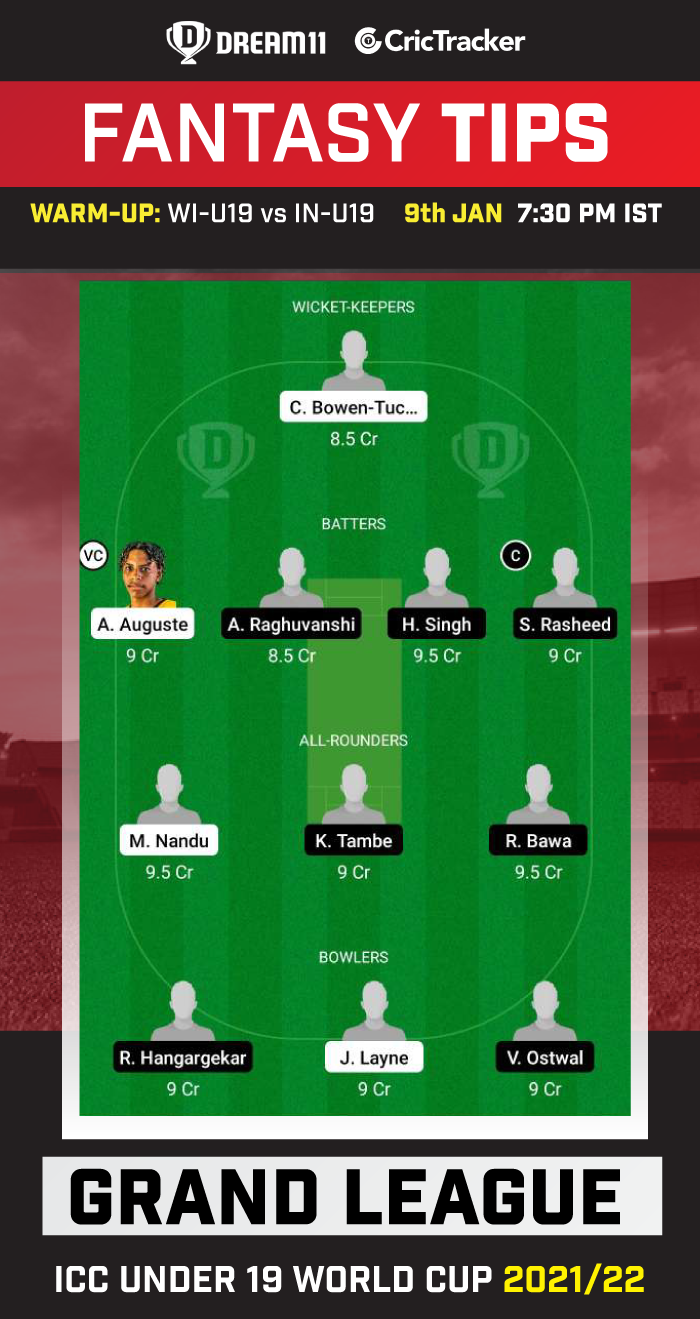