Matthew Nandu and Dewald Brevis are good captaincy options for your fantasy teams.

South Africa Under 19 will be disappointed with the way things have gone on Sunday as their scheduled warm-up fixture was abandoned without a single ball. They have got capable players in their line-up in the likes of Dewald Brevis, George van Heerden, and Ethan Cunningham.

West Indies Under 19 vs South Africa Under 19, Warm-Up Match

By considering the previous domestic matches played on this venue, we can predict it’s a balanced wicket with equal support for batters and bowlers. Bowling first on this surface is a good option.

Matthew Nandu started his innings slowly and held his end despite wickets were falling at the other end. He got out after scoring 52 runs from 101 balls and picked up a wicket as well.

Johann Layne was the top performer for West Indies Under 19 in the warm-up game against India Under-19. Initially, he picked up 3 wickets and later scored 33 runs with the bat.

Dewald Brevis is an impressive all-round cricketer. He had a good Youth ODI series against West Indies Under-19 where he picked up 10 wickets and scored 24 runs with the bat.

Ethan Cunningham is a decent batter and he has his own way of scoring runs. He has scored 58 runs in his last 3 matches at an average of 19.33. 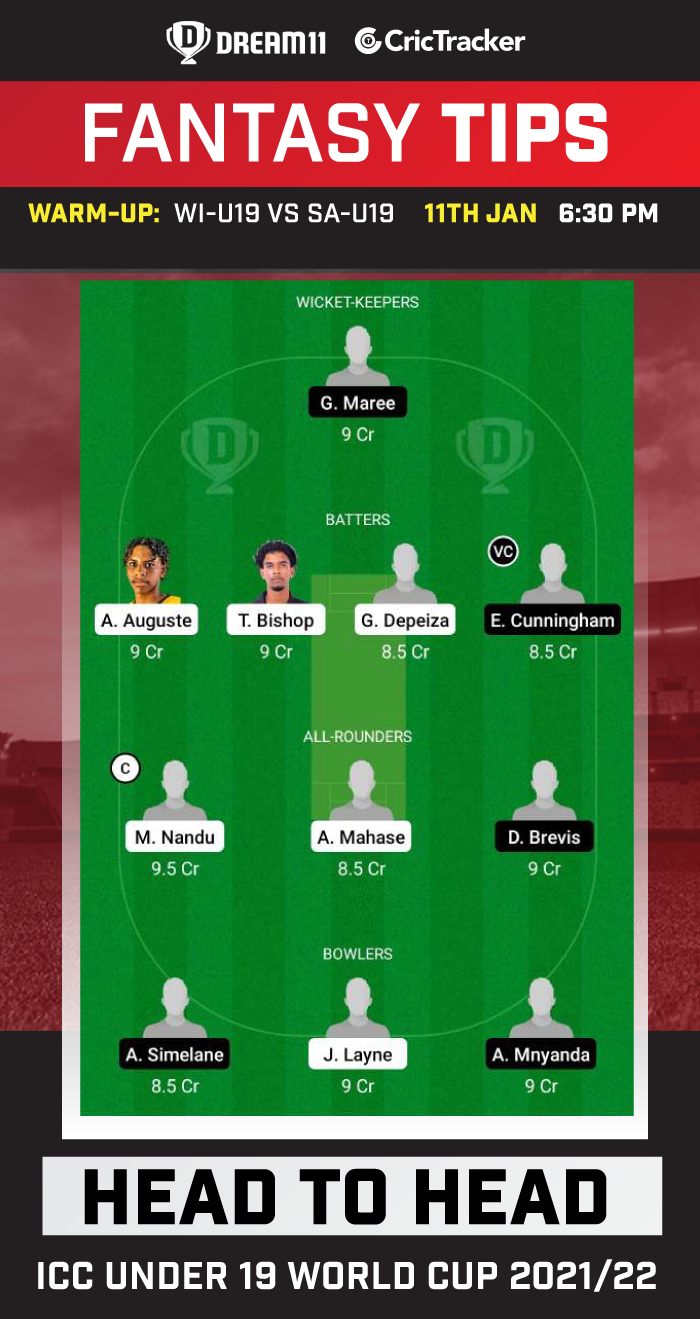 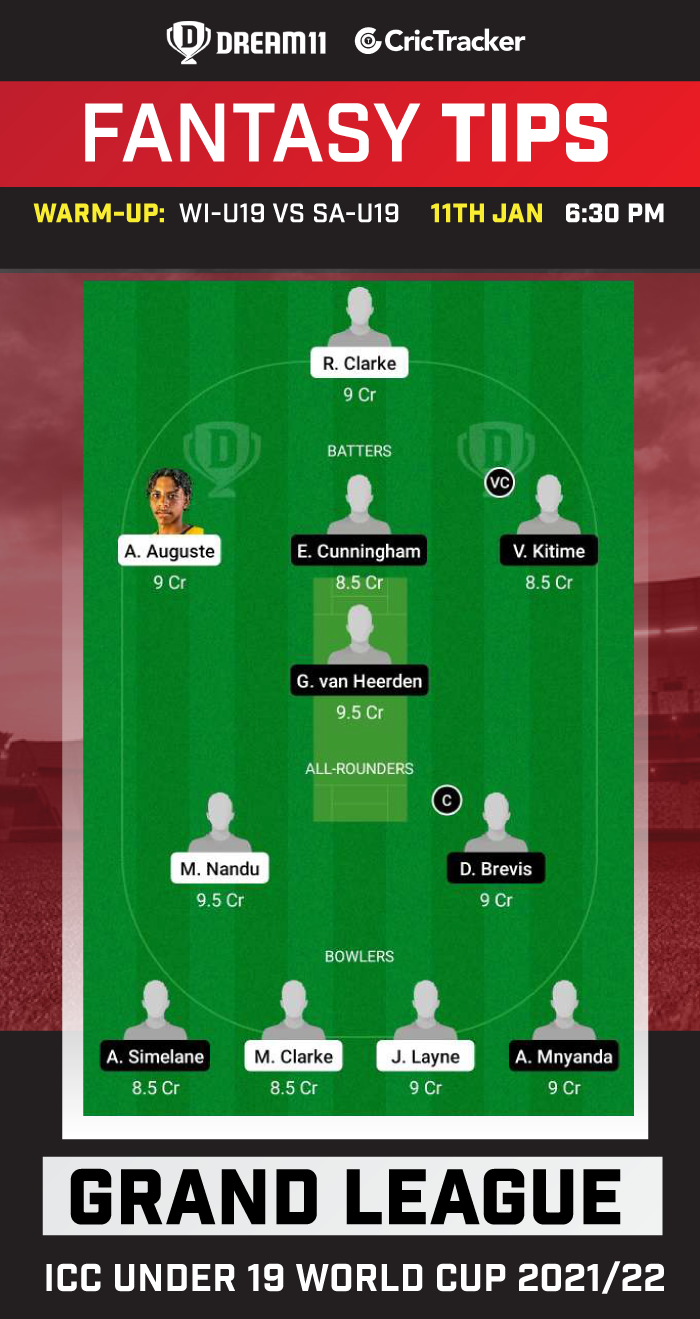 South Africa U19 are expected to win this match.