Can the Women in Blur turn over the four-time champions?

Australia are the four-time champions of the Women’s T20 World Cup , having lost the final only once back in 2016 against the West Indies. Ahead of the final in 2020, Meg Lanning and Co are expected to have the upper hand on the back of experience at the crunch moments. However, India won’t be pushovers, though they will be playing their first final in the history of the tournament.

On three occasions, India went to the semis, but couldn’t hold their nerve. But Harmanpreet Kaur and Co are in riveting form after winning their four matches in Group A. In the semis, the Women in Blue rode their luck after the game against England at the SCG got washed off. Going into the Final, the Aussies will be aware of Poonam Yadav’s previous spell against them in the opening match.

The weather for Sunday’s game doesn’t have forecast of rain with the temperature between 10 and 22 degrees Celsius. The track at the MCG is expected to be a sporting one. The batsmen find it a tad difficult to deal with the early movement. But on getting their eyes in, the batters can take the bowling to the cleaners. The average score at the venue in the last five Women’s T20I is a mere 116.

The Australian batting has been clinical. Both their openers- Alyssa Healy and Beth Mooney are in form, having scored 161 and 181 runs respectively. Skipper Meg Lanning has also gotten a couple of useful knocks under her belt. Rachael Haynes isn’t in the worst of form either with 102 runs at 34.

Their bowling will mostly depend upon Megan Schutt and Jess Jonassen. Even as Schutt has nine wickets, Jonassen has gotten seven scalps. Georgia Wareham has been tough to pounce on at an economy of 4.57. Nicola Carey and Dellisa Kimmince are handy options with the leather as well.

Shafali Verma has scored the chunk of the runs for Team India with 161 runs at an average of 40.25. On the contrary, the talented Smriti Mandhana has been going through a rough patch with 38 runs at a meagre average of 12.66. Jemimah Rodriguez has 85 runs and is due for a significant knock.

Harmanpreet has had a forgettable tournament with 26 runs at an average of 6.50. Poonam Yadav has nine wickets and her role will be key. Shikha Pandey has seven wickets at an economy of 5.30. The top two wicket takers need support from the likes of Sharma, Gayakwad and Radha Yadav. 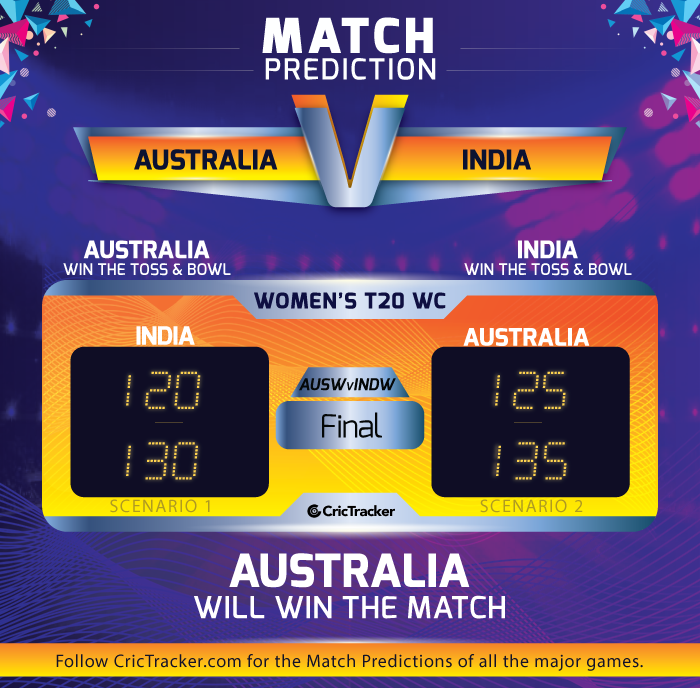