Muneeba Ali was the top-scorer of the recent Pakistan Women's domestic T20 competition with 292 runs.

The 10th warm-up match of the ICC Women’s T20 World Cup 2020 will be played between Bangladesh Women and Pakistan Women at the Allan Border Field in Brisbane.

Bangladesh Women and Pakistan Women will clash off in the last of the 10 warm-up matches before the ICC Women’s T20 World Cup 2020. Both the teams will be in action for the first time on this tour as their respective first warm-up matches were abandoned due to wet outfield. The two teams will be hoping to make most of this match before they take the field in the main event. Bangladesh is one of the two qualifiers but they are also the Asian T20 champions when it comes to Women’s cricket.

The Allan Border Field is expected to be in dry conditions on Thursday with no rain is forecasted during the game.

The Allan Border Field has hosted only one warm-up match as three matches were abandoned due to wet outfield. In the game on Tuesday, the Indian team successfully defended their total of 107 against West Indies as they won by 2 runs. The slowness could be due to the moisture over the pitch and the same can be expected with rains on Wednesday.

Muneeba Ali was the star performer during the recent Pakistan domestic Tri-nation T20 competition. She scored 292 runs across five matches with help of three fifties and a century; the first-ever hundred by a Pakistan Woman in an official T20 game. All those four 50+ scores came in consecutive innings.

Rumana Ahmed aggregated 718 runs in 56 innings in the T20I format and picked up 55 wickets across 61 matches thus far. She scored her maiden fifty in the recent series against Pakistan. Jahanara Alam is in brilliant form of late as he picked up 9 wickets across three matches during their recent most series against Pakistan where he claimed a 4-fer. Jahanara has a total of 55 wickets from 68 T20Is to her credit. 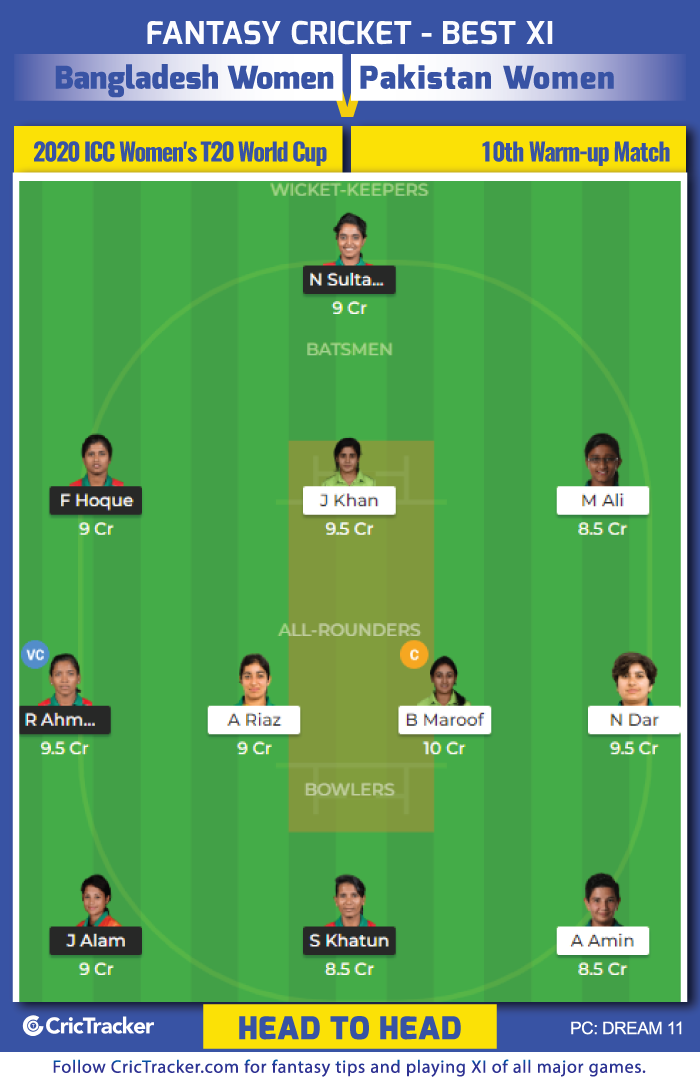 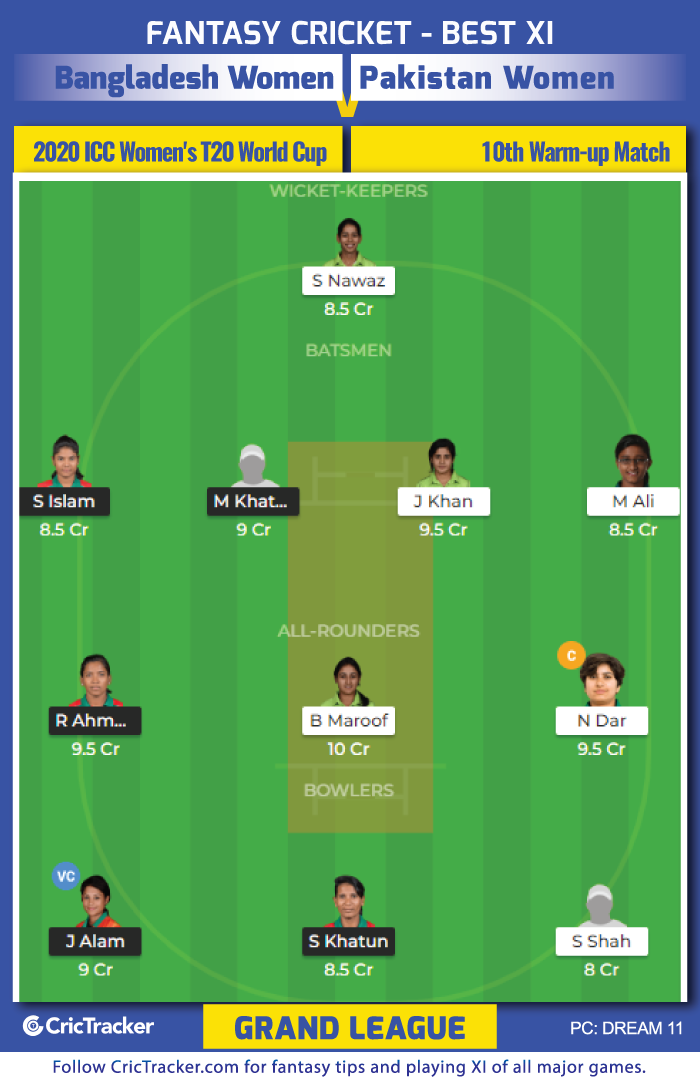 Both the teams are likely to field full-strength teams in this match as the respective first warm-up matches of both the teams were called off. The senior players could be seen taking major roles as they would be doing in the actual tournament.

Pakistan Women could edge out Bangladesh Women in a thriller on Thursday.