The 4th warm-up match of the ICC Women’s T20 World Cup 2020 will be played between England Women and New Zealand Women at the Karen Rolton Oval in Adelaide, South Australia.

England Women recently had a poor Tri-series in Australia where they failed to qualify into the finals. They had to face defeats against India and Australia in that tournament. It also exposed the weak links of the team ahead of the mega event and this will be a big opportunity for them to fill all the voids going into the T20 World Cup. And, a victory against white ferns will help them in gaining much-needed momentum.

New Zealand Women did a brilliant job against South Africa Women in the recently concluded T20I series as they won it by 3-1. There is no doubt over the fact that their players are in good form just ahead of the World Cup. However, they will not leave a single stone unturned in their preparations to lift their first World title in the format.

The weather forecast says that it will be a cloudy day with the sun expected to play some hide and seek. There are no chances of rain with the wind blowing at a rate of 18 to 26 km/hr whereas the temperature will deviate between 16 and 26 Degree Celsius throughout the day according to Accuweather.

The track at Karen Rolton Oval has hosted five WBBL games in the last season in which the sides easily managed to go past the score of 150 runs in the majority of the games. But, the fast bowlers will also have their say due to the windy conditions on the match day. Overall the fans can expect a good battle between bat and ball with a 150+ runs affair.

Sophie Devine did an impressive job with the bat in the recently concluded T20I series against South Africa as she muscled three back to back fifties with one ton in four games for her side. So, she will be a hot favourite pick for any fantasy team. Heather Knight will also play a vital role in any fantasy team due to her all-rounder abilities. She did extremely well with the bat for her side in the Tri-series. Nat Sciver should not be ignored while picking any fantasy team for the warm-up game between New Zealand Women and England Women. 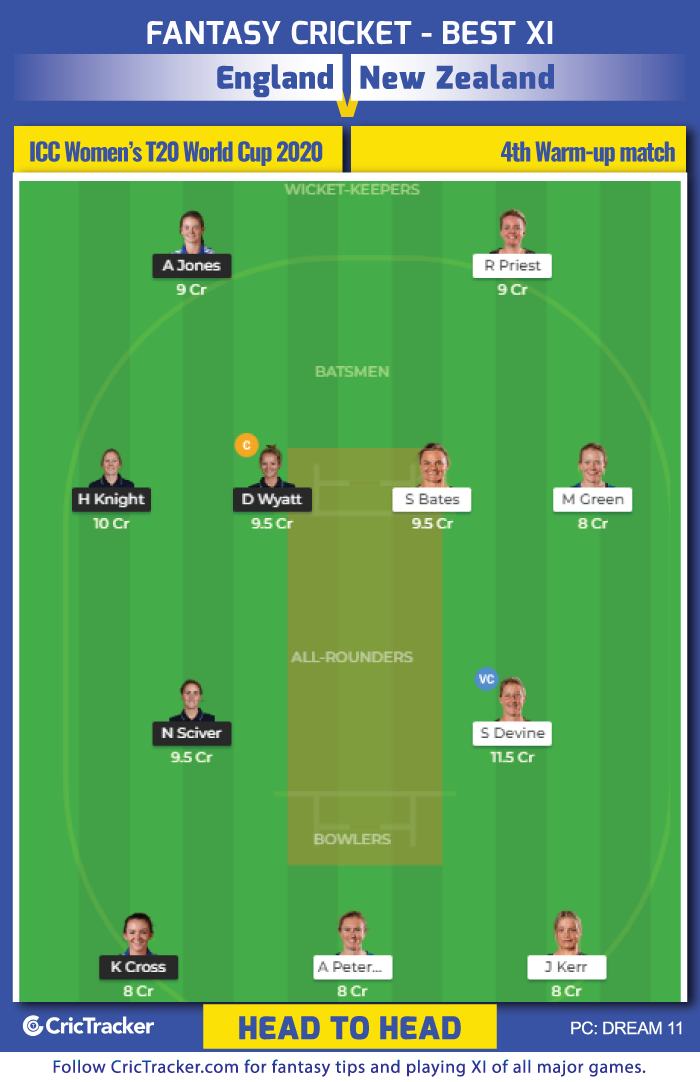 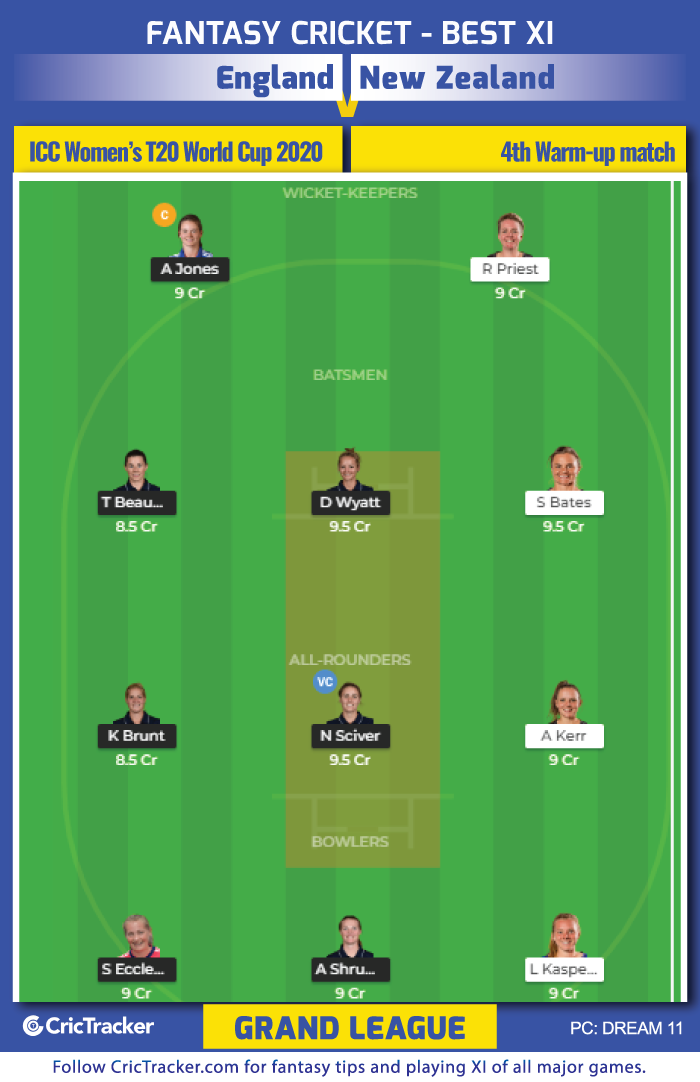 As it is going to be a warm-up game between New Zealand Women and England Women, so both the teams can use XI players each in every respective department to give a go to their players. So, the users should go with a balanced side with a handful of top-order batsmen in their Dream11 Fantasy team.

New Zealand Women are expected to win this match even if they rest a few big names.