Bismah Maroof [146 runs at 46.67] was the leading run-scorer in the previous T20I series against England

The 12th match of ICC Women’s T20 World Cup will be played between England and Pakistan at the Junction Oval in Melbourne.

The caravan of the 2020 ICC T20 Women’s World Cup rolls on and the 12th game will see England take on Pakistan at the Manuka Oval in Canberra in what promises to be a crucial encounter for both sides. The last time these two sides met in a T20I series, Pakistan were shellacked 0-3 by England but this is going to be a completely different affair with the Women in Green putting up a comprehensive performance against the West Indies.

During that series, the likes of Amy Jones and Danielle Wyatt were brilliant but that has not been the case in the ongoing World Cup; something England will hope isn’t the case against Pakistan. Pakistan, on the other hand, will hope to continue with the good work that they did against the West Indies and pull-off another win to consolidate their position in the points table.

It is expected to be a bright and sunny day in Canberra on Friday. According to the weather report, while the temperature is set to hover between 11 and 20 degrees Celsius, the humidity is set to be around 55%. Chances of rain- minimal.

Heather Knight and Natalie Sciver blazed the way with the bat against Thailand but the Pakistani bowlers also showed that there is enough in the track to keep the bowlers interested. Much of the same is expected on Friday.

Average first innings score: 150 [In the two T20Is played at the venue this tournament]

England Women: England will hope that their openers in Amy Jones and Danielle Wyatt get back among the runs. Heather Knight continued with her whirlwind form with a brilliant hundred against Thailand, and she along with Nat Sciver [59] will spearhead the middle-order. As far as bowling is concerned, Anya Shrubsole [3-21], Nat Sciver [2-5] and Sophie Ecclestone [1-11] will be the key. 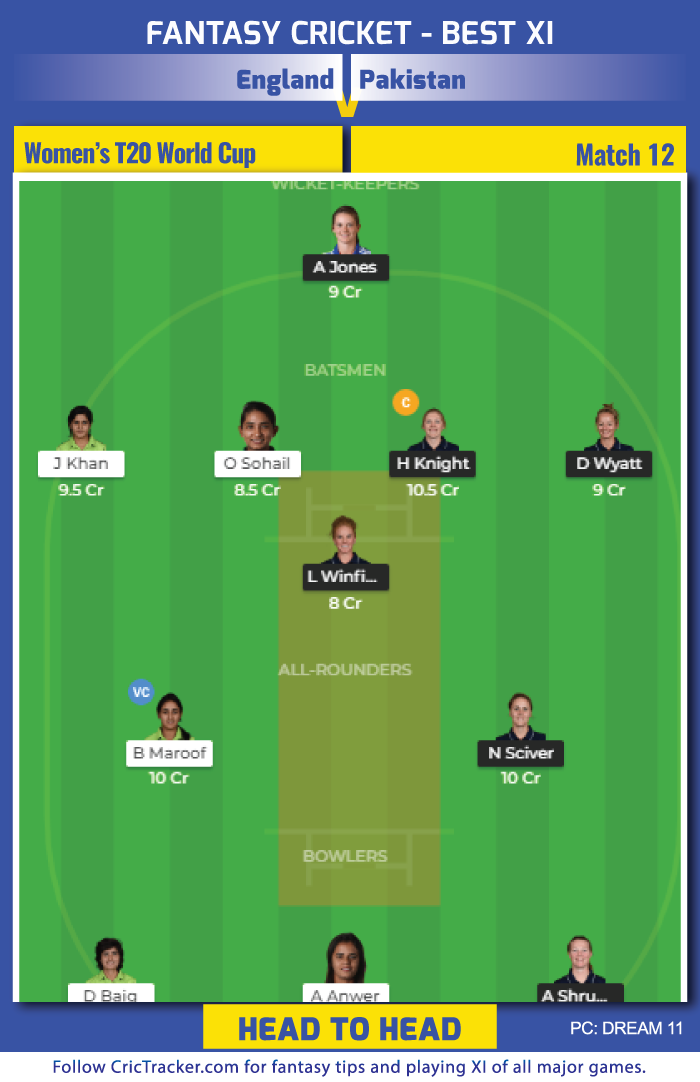 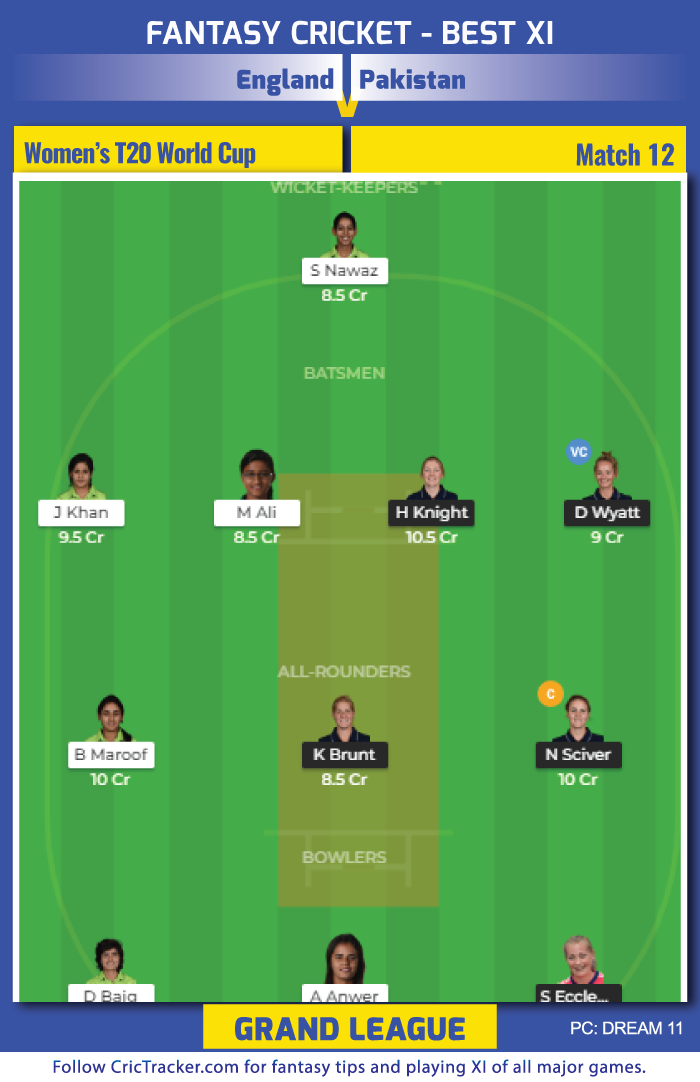 Bismah Maroof [146 runs at 46.67] was the leading run-scorer in the previous T20I series against England while Danielle Wyatt finished with 116 runs at 58. The latter has been in patchy form in recent times but she is too good a player to keep missing out.

Heather Knight and Nat Sciver have been in brilliant form and with the latter doubling up as an equally potent bowler, opting for them is worth a punt.

England Women is expected to come out as the winners.