Pakistan captain Bismah Maroof has been ruled out of the tournament due to a thumb injury.

In Group A, Harmanpreet Kaur’s India have already become the first team to qualify for the semi-final of the ICC 2020 Women’s T20 World Cup. But in Group, there’s still work to do for every other team, barring Thailand, who have already been knocked out after three heavy defeats. Two matches in the group are scheduled for March 1, Super Sunday at the popular Sydney Showground Stadium.

South Africa are unbeaten and they will be facing Pakistan in the first game of the day. On head-to-head, the Proteas lead their opponent by 8-6. The interesting fact is that apart from one game, every other game was won by the chasing team. In the other match, England and West Indies will be locking horns. If South Africa win the first game then, the Caribbeans will have to win to stay alive.

In the last four Women’s T20s, the team, batting second came out trumps three times. The average score while batting first was 126 in those matches. Bowlers are again expected to dominate proceedings. The conditions will mostly be clear with the temperature in between the 25 and 28 degrees Celsius. The humidity will be in the 60s and 70s will dew coming into play later in the day.

Lizelle Lee bagged a duck against England, but she made amends with a sparkling century against Thailand. Sune Luus also looked in excellent touch after his unbeaten 61 in the previous game. Dane van Niekerk scored 46 in the first match and then perished cheaply last time against Thailand.

Pakistan captain Bismah Maroof has been ruled out of the tournament due to a thumb injury. Javeria Khan has been appointed as the new skipper while Nahida Khan has been named Maroof’s replacement. Maroof was in good form after scoring an unbeaten 38 against the West Indies.

Javeria Khan is their leading run-scorer with 51 runs. Aliya Riaz turned up with 41 last time around, though in a losing cause. The rest needs to step up. Aiman Anwer is the top wicket-taker with five scalps. Nida Dar has four wickets to her name, but the economy of 9.12 has been a bit of a concern. 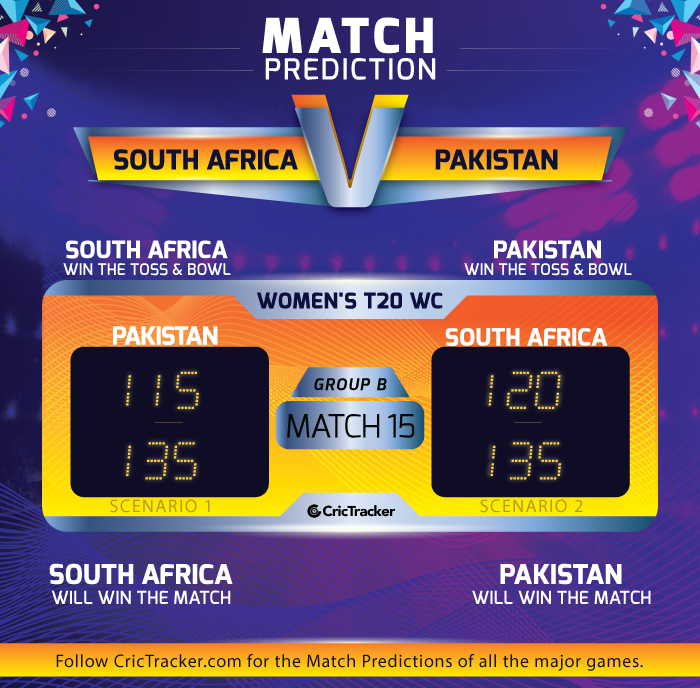 Skipper Heather Knight has led from the front, scoring 176 at an incredible strike-rate of 138.58. She has gotten decent support from Natalie Sciver, who has 145 runs to her name at an average of 72.50. Amy Ellen Jones and Danielle Wyatt will be wishing for some momentum after the failures.

The rest of the batters haven’t had much to do thus far. In bowling, pacer Anya Shrubsole has stood out until now with seven wickets. Left-arm spinner Sophie Ecclestone has five wickets at an economy of 3.50. Sarah Glenn had a decent day with the ball, picking up a three-wicket haul versus Pakistan.

Stafanie Taylor and Shemaine Campbelle have 69 and 68 runs respectively. Barring the duo, the rest of the West Indies batting has been out of rhythm. The openers Lee Ann Kirby and Hayley Matthews have looked awfully out of touch. Even power-hitter Deandra Dottin has three runs from two games.

If Taylor and Campbelle get out cheaply then the rest of the batters will be in for a tough ask. Taylor has been effective with the ball as well, getting four wickets. Leg-spinner Afy Fletcher has a couple of wickets to her name. Matthews and veteran Anisa Mohammed have one wicket each to their name. 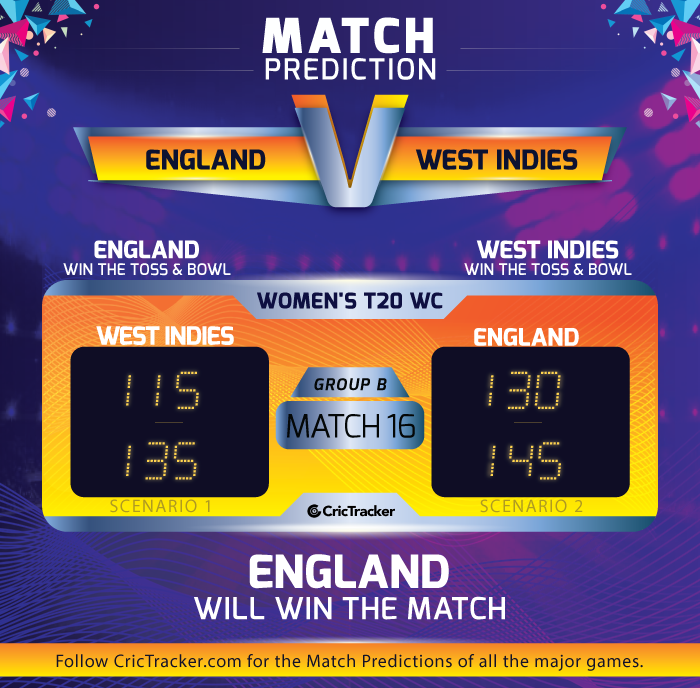