Dane van Niekerk or Sune Luus or Lizelle Lee? Who should be your captaincy pick?

The 15th match of ICC Women’s T20 World Cup will be played between South Africa and Pakistan at the Sydney Showground Stadium in Sydney.

The match 15 of the ongoing Women’s T20 World Cup will see South Africa and Pakistan locking horns on Sunday. It is a crucial game for Pakistan who have already lost their skipper Bismah Maroof as they will have to win this encounter to stay alive in the tournament. They had begun the tournament on a high beating West Indies comfortably but went down to England to make things tougher for them.

South Africa, on the other hand, are enjoying the top spot in the group B points table having defeated England and Thailand in their first two matches. Another victory here will seal their semi-final qualification and the Dane van Niekerk-led side will be keen on doing the same when they take the field against Pakistan.

There will be intermittent clouds in the lead up to the game but there are no chances of rain whatsoever. The sun is expected to come out around 4 PM local time while the temperature is expected to hover around 26-28 Degrees Celsius during the match according to AccuWeather.

The surface at the Showground Stadium in Sydney has been on the slower side. India defended 132 successfully in the tournament opener against Australia and the spinners will have their say without an iota of doubt. The team winning the toss is expected to bat.

Average first innings score: 126 [In the last 4 Women’s T20s played at the venue]

Pakistan skipper Bismah Maroof has been ruled out of the tournament due to thumb injury. Javeria Khan has been appointed the captain while Nahida Khan has been named Maroof’s replacement.

For South Africa, Lizelle Lee is coming off a scintillating century against Thailand while Dane van Niekerk and Sune Luus are also in decent nick. Kapp didn’t play the previous game but is expected to be back for this game and if playing, she has to be your top pick. With spinners likely to make an impact, Mlaba can also be a good option.

For Pakistan, Javeria Khan is the lone exceptional batter who can give more Fantasy points. Apart from her, Muneeba Ali is an interesting player while Nida Dar can also make an impact with her all-round skills. 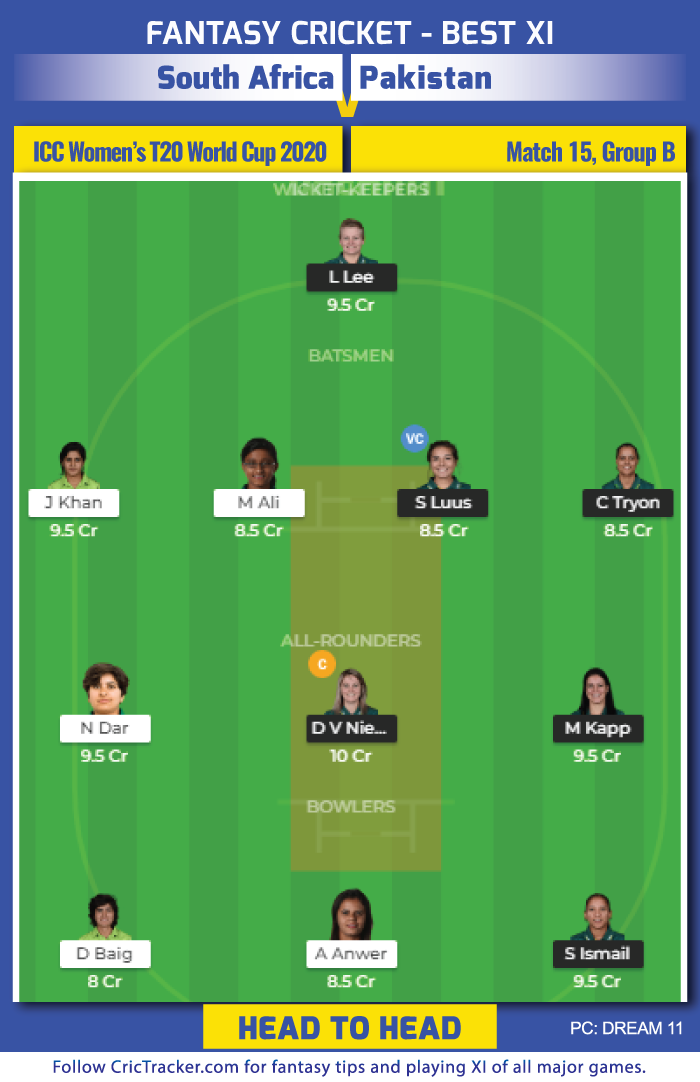 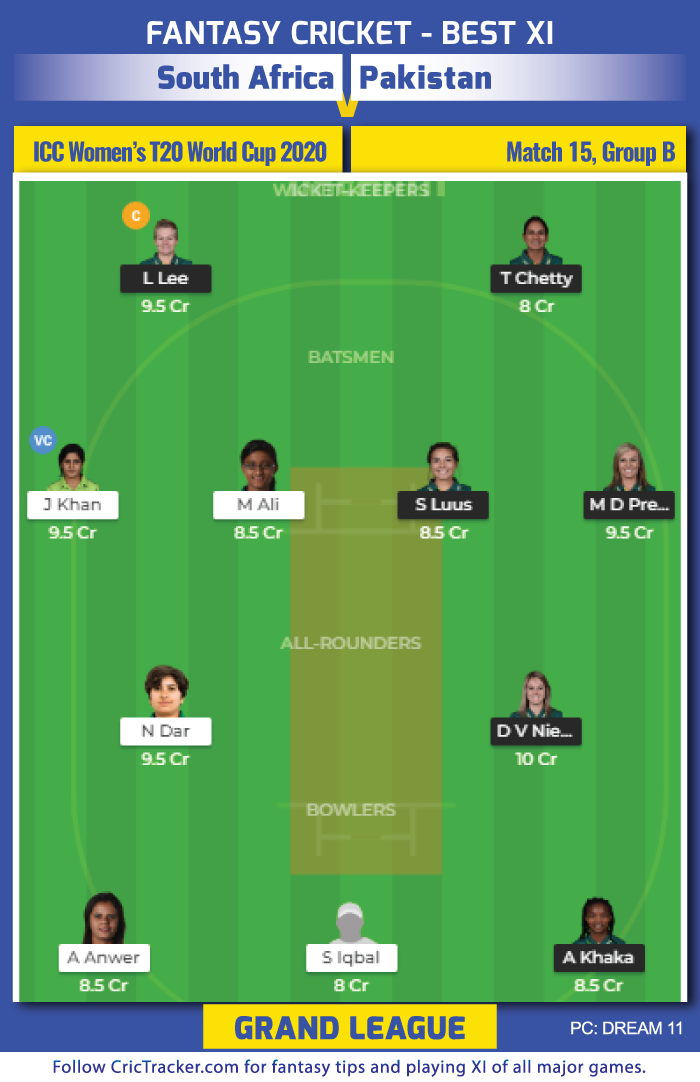 It wouldn’t be a bad ploy to make one of the South Africa VC of your Dream11 Fantasy team as South Africa are expected to pick more wickets than Pakistan.

South Africa Women are expected to win the match.