Harmanpreet Kaur has been ruled out of the first T20I.

The first game of the T20I series between India Women and South Africa Women will be played at the Bharat Ratna Shri Atal Bihari Vajpayee Ekana Cricket Stadium in Lucknow on 20th March 2021.

After going down by 4-1 in the ODI series, India Women will be upbeat and would aim for redemption when they take on South Africa Women in the T20I series. This will also be India’s first match in the format after their final finish in the ICC Women’s T20 World Cup in Australia in early 2020.

The conditions will be slightly different when it comes to this game, as it will be played under lights. All the matches of the recently concluded ODI series were day affairs, which didn’t bring the dew factor into play. It might be a little difficult for the bowlers to control the ball.

This might not be idle for the Indian captain Smriti Mandhana who is set to take over in Kaur’s absence who has been ruled out of the first T20I. In addition to that, South Africa has been really impressive with the bat, producing some really good partnerships. India, often during the ODI series had struggled to break these partnerships, which led to their downfall.

Harmanpreet accepted that the team wasn’t well-oiled when they came into the series, considering the fact they were playing in an international match after a year. However, Harman along with her girls would hope to produce a spirited performance in the shorter format. Batting efficiently and scoring quickly would be something on their cards as of now.

A lot of T20 batting depends on the left-handed opening batter. She is one of the chief destructors in the Indian Women’s line-up. She has 1716 runs in T20I cricket with a strike rate of around 120. She wasn’t in good form during the ODIs but did manage to get a 64-ball 80 in one of the matches. India would want a similar kind of effort from her in the T20Is.

The right-handed opening batter was in some sensational form with the bat during the ODIs. She made 288 runs in that series at an average of 144. Her strike rate of 86.23 during the ODIs, which gives an idea that she could really destructive when she turns out for the T20Is. 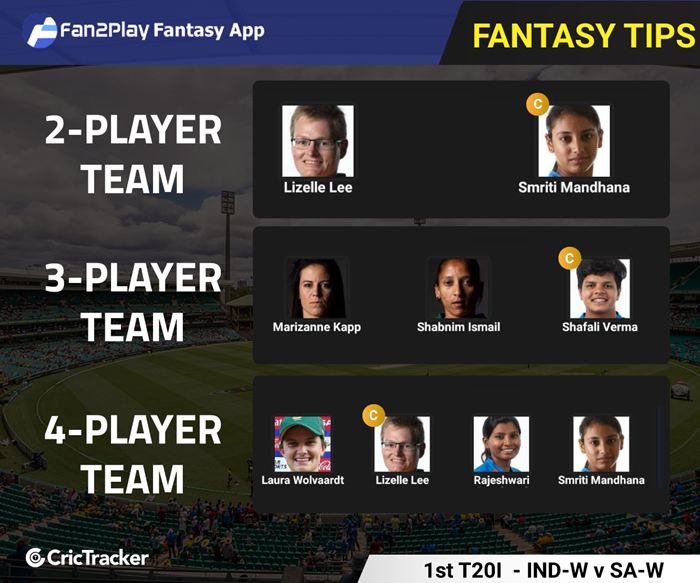