With the series on the line, both India and England will once again have to be at their best in the decider. 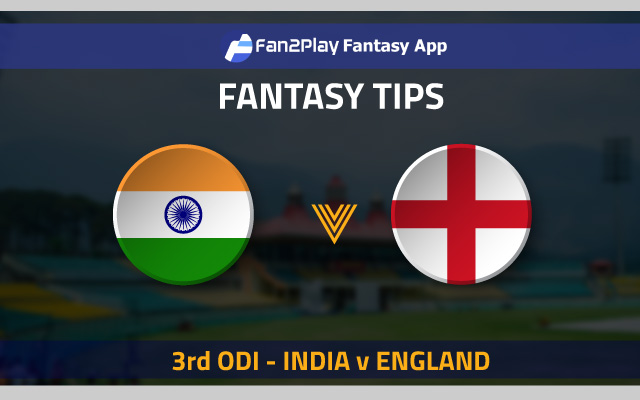 The 3rd ODI of the India and England’s three-match series will be played at the MCA Stadium, Pune on 28th March 2021.

This match will start at 1:30 PM IST It will be telecasted on Star Sports Network and can be streamed live on Disney+Hotstar.

After a convincing victory in the first ODI by 66 runs, India was completely outplayed by the might of Jonny Bairstow and Ben Stokes, whose effort led England to hunt down the target of 336 with 6 wickets in hands and as many overs to spare. On the back of a century from KL Rahul and half-centuries from Virat Kohli and Rishabh Pant, India managed to score better than the first game, after losing the toss.

Although, another brilliant century partnership at the top of the order between Jason Roy and Bairstow before Ben Stokes’ counterattacking knock meant that England faced no troubles during the chase. There was, though, a brief hiccup when India struck with three wickets quickly, but debutant Liam Livingstone and Dawid Malan made sure that England did not go down the way they did a couple of days ago. With the series on the line, both the teams will once again have to be at their best in the decider.

Captaincy picks for IND vs ENG

After concerns over his form during the T20I series, KL Rahul has silenced everyone through two brilliant knocks on the trot. He slammed a 43-ball 62 in the first ODI and followed it with a spectacular ton (108 from 114) in the second.

Jonny Bairstow has been one of the biggest assets for England in the limited-overs format. His ability to go hard from the onset makes him the most suitable contender in any top-performer look-out. He missed a century by just 6 runs in the first ODI, but he did not in the previous gam,  where he earned the Player of the Match award for his 124 from 112 deliveries. 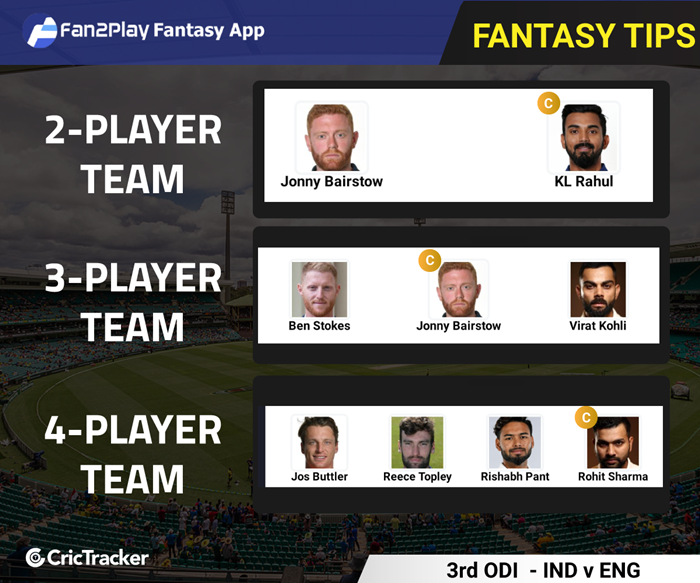