Rohit Sharma has produced impressive performances for the team in both matches.

India and New Zealand will lock horns with each other for the third T20I on Sunday, November 21. The hosts put up an all-rounder show at display and clinch the series by securing a win in the second T20I. Though New Zealand got off to an electric start, the Blackcaps could manage to post the target of just 154 runs.

India’s openers provided the team with a steady start and thus the team secured victory by seven wickets. Heading into this match, the Men in Blue will aim to continue their domination. On the other hand, the Black Caps will be determined to avoid a whitewash in the T20I series.

The average score on the pitch in the last seven T20Is has been 142. Dew might play a crucial role in the match and thus on winning the toss opting to bowl first can be a good alternative on this pitch.

Also Read: Tim Paine made a mistake, apologized and stepped down, let’s move on: Salman Butt

Rohit Sharma has produced impressive performances for the team in both matches. In the second T20I, he hit a belligerent half-century and will aim to carry his good form further. He can be a good player to bank on for this game.

KL Rahul steadied the chase for India in the second T20I. He played an impressive knock of 65 runs. He can be the other good pick for this match.

Tim Southee bowled an economical spell for the team in the previous game. In his four overs, he picked up three wickets and conceded just 16 runs. He will aim to make a larger impact for the Kiwis in this match. 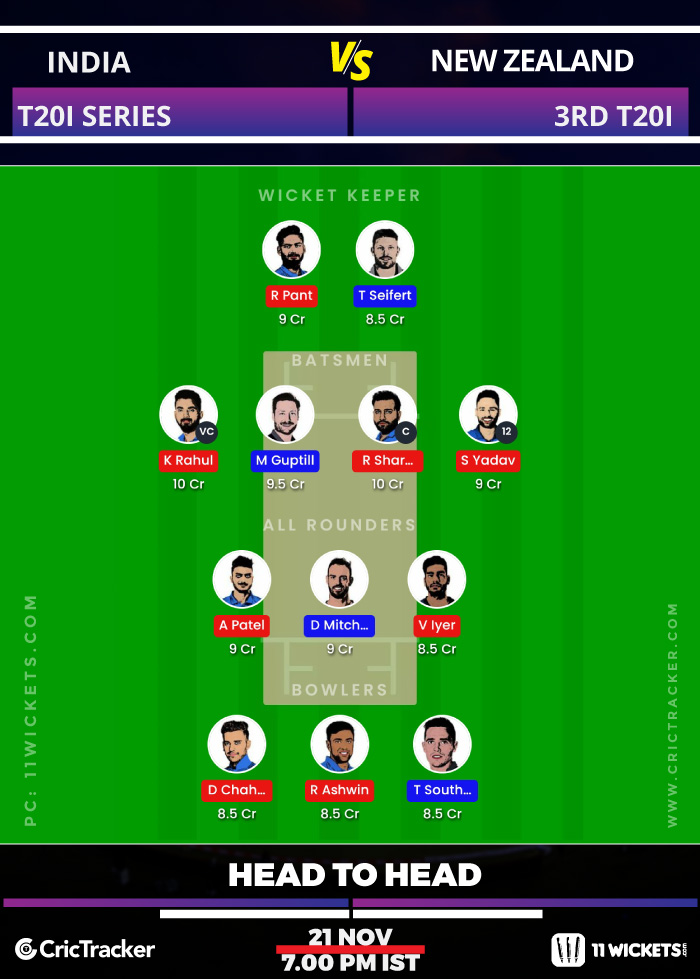 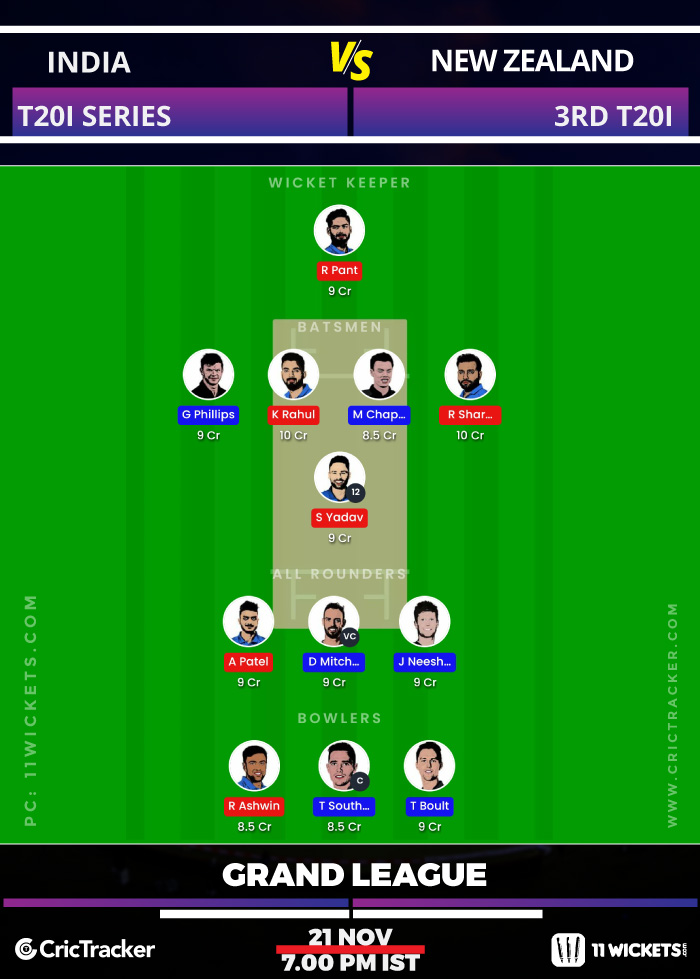