Venkatesh Iyer and Harshal Patel are likely to make a debut for India in this match.

India will host New Zealand in the 3-match T20I series, which is all set to get underway from November 17th. India didn’t meet the expectations of a billion fans in the recently concluded T20 World Cup in UAE, as they were knocked out in the group stages itself. They are all set for a new era under the leadership of coach Rahul Dravid and skipper Rohit Sharma. The Men in Blue have a few new faces as well with the likes of Harshal Patel, Avesh Khan, and Venkatesh Iyer, who all got their maiden India call ups.

New Zealand, on the other hand, had a fabulous journey in the T20 World Cup where they fell short in the finals. It will be quite challenging for them to come back and play without a proper amount of rest. Kane Williamson opted himself out of the T20I series to concentrate more on the Test series. Tim Southee will lead the side in his absence.

It’s a batter’s paradise at Jaipur and we can expect a high-scoring encounter. There will be less offering for the bowlers on this flat batting surface. Considering the dew factor, whoever wins the toss should bowl first.

Having got out for low scores in the first two matches of the T20 World Cup against Pakistan and New Zealand, Lokesh Rahul went on to score 3 consecutive half-centuries and ended the tournament on a positive note.

Martin Guptill is a regular member of New Zealand in both T20Is and ODIs over the years. He played a huge role in getting New Zealand to the finals of the T20 World Cup 2021. He is a destructive batter and is likely to do well in this match.

Venkatesh Iyer is all set to make his debut for India in this match. He had an excellent second leg in this year’s IPL, which earned him the place in the Indian T20 side. Overall, he is a good all-round cricketer and we can expect fireworks from him.

Daryl Mitchell was the hero for New Zealand in getting his team home in the crucial semi-final clash against England in the T20 World Cup. He is a much-improved cricketer and is likely to open in this series as well.

Yuzvendra Chahal deserved a spot in the Indian World Cup squad. However, with another World Cup around the corner, he now has the chance to prove himself, He is a versatile leg spinner and troubles the batters with his variations.

Trent Boult is always a threat for the Indian batters with his ability to swing the ball both ways. He was the joint second-highest wicket-taker in the T20 World Cup 2021, with 13 scalps in 7 matches.

Rishabh Pant is a fearless batter who, no matter what the situation is, plays attacking cricket. He has scored 590 runs in his T20I career at an average of 22.69. 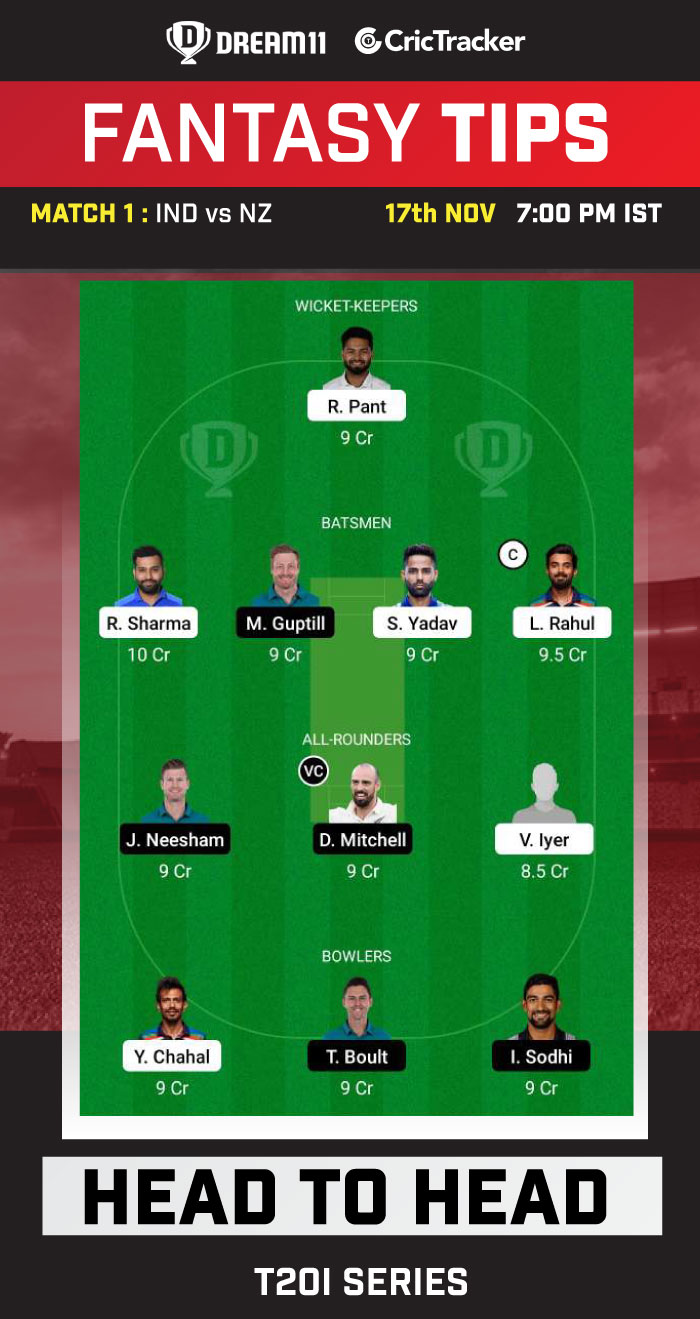 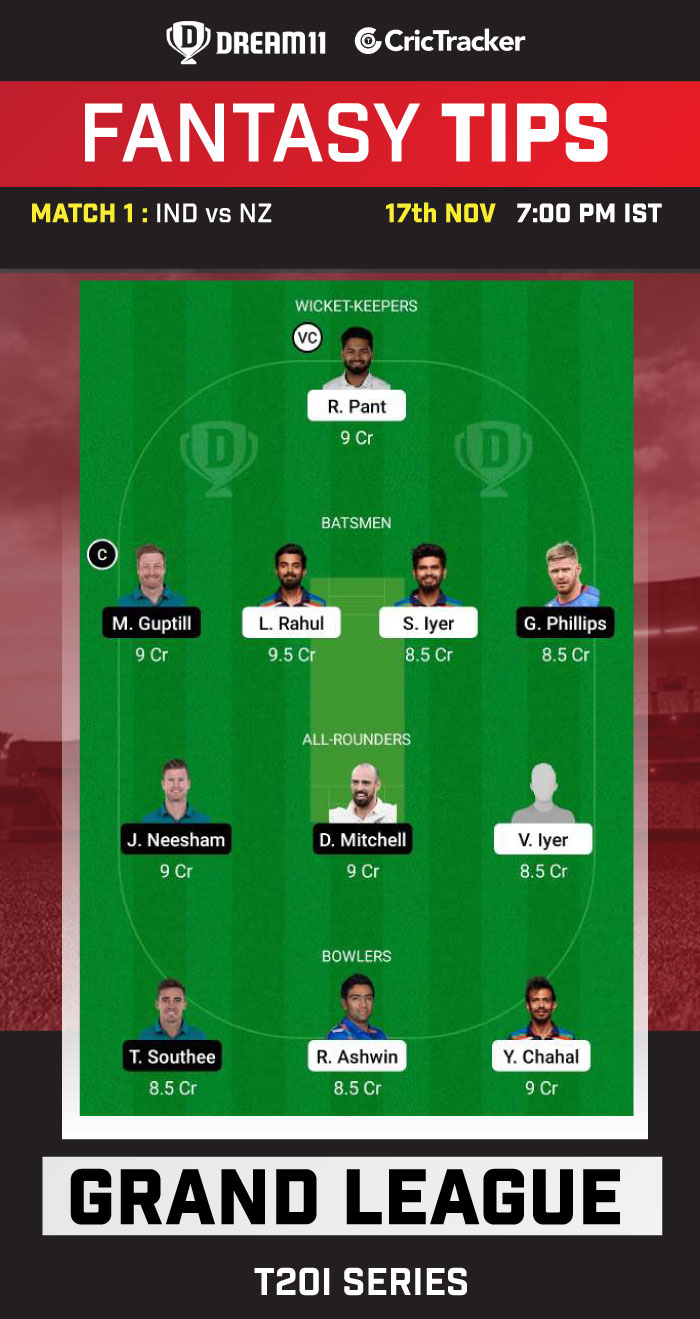 Shreyas Iyer will be playing in T20Is after a long gap of 8 months. It will be an important series for him to cement his spot in the Indian T20I side for the long run. He is a risky captaincy pick for your fantasy teams.

Jimmy Neesham has serious power in his arc and can clear the fence with a lot of ease, while he will be really handy with the ball as well. He has 410 runs and 21 wickets to his name in the T20Is. He is a risky captaincy pick for your fantasy teams.

Considering there are a lot of options available in the all-rounder’s slot, it’s better to avoid Mitchell Santner while making your fantasy teams.