The third game of the T20I series between India Women and South Africa will be played at the Shree Atal Bihari Bajpayee Stadium, Lucknow on 23rd March 2021.

The third game of the T20I series between India Women and South Africa Women will be played at Shree Atal Bihari Bajpayee Stadium, Lucknow on 23rd March 2021.

The match will start at 7:00 PM IST. The live streaming will be available on Disney+Hotstar.

Spectacular half-centuries from Lizelle Lee and Laura Wolvaardt ensured that South Africa Women sealed a thrilling last-ball finish by 6 wickets in Lucknow in the second T20I to gain an unassailable 2-0 lead in the series. Compared to their effort a night before, India Women were able to post a stronger total of 158/6, on the back of Shafali Verma’s punch early on during the innings and the late charge from Richa Ghosh.

Lizelle Lee, who was in sensational form during the ODIs, got into her groove as she added 58 and 50 runs for the second and third wicket respectively, alongside Sune Luus and Wolvaardt. While India was able to dismiss Lee when South Africa still needed 43 from 30, some shabby fielding and dropped chances haunted them. With 9 needed off the last over, and six off the last two deliveries, Arundhati Reddy’s no-ball finished any chances for India to level the series as South Africa clinched the game by 6 wickets. Plagued by poor fielding and dropped chances, India will be looking to finish the series on a high.

After India lost skipper Smriti Mandhana cheaply, it was the powerplay pinch from Shafali Verma that ensured India the requisite momentum. She smacked a 31-ball 47, laced with six fours and two sixes, as she added a crucial 79 runs for the second wicket alongside Harleen Deol, who got a run-a-ball 31.

Lizelle Lee was in top form during the recently-concluded ODI series, where she finished as the leading run-scorer. While she missed out in the first T20I and was dismissed cheaply during South Africa’s attempt to chase 131, she made a statement through her brilliant 70-run knock from only 45 deliveries in the previous game. 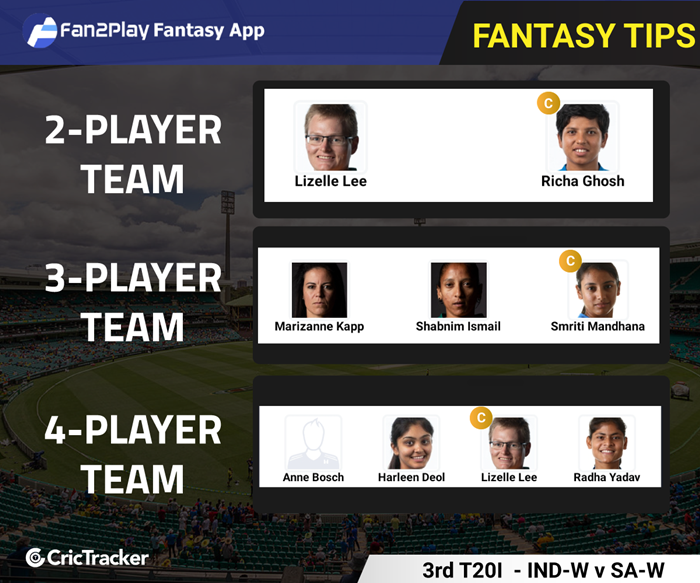 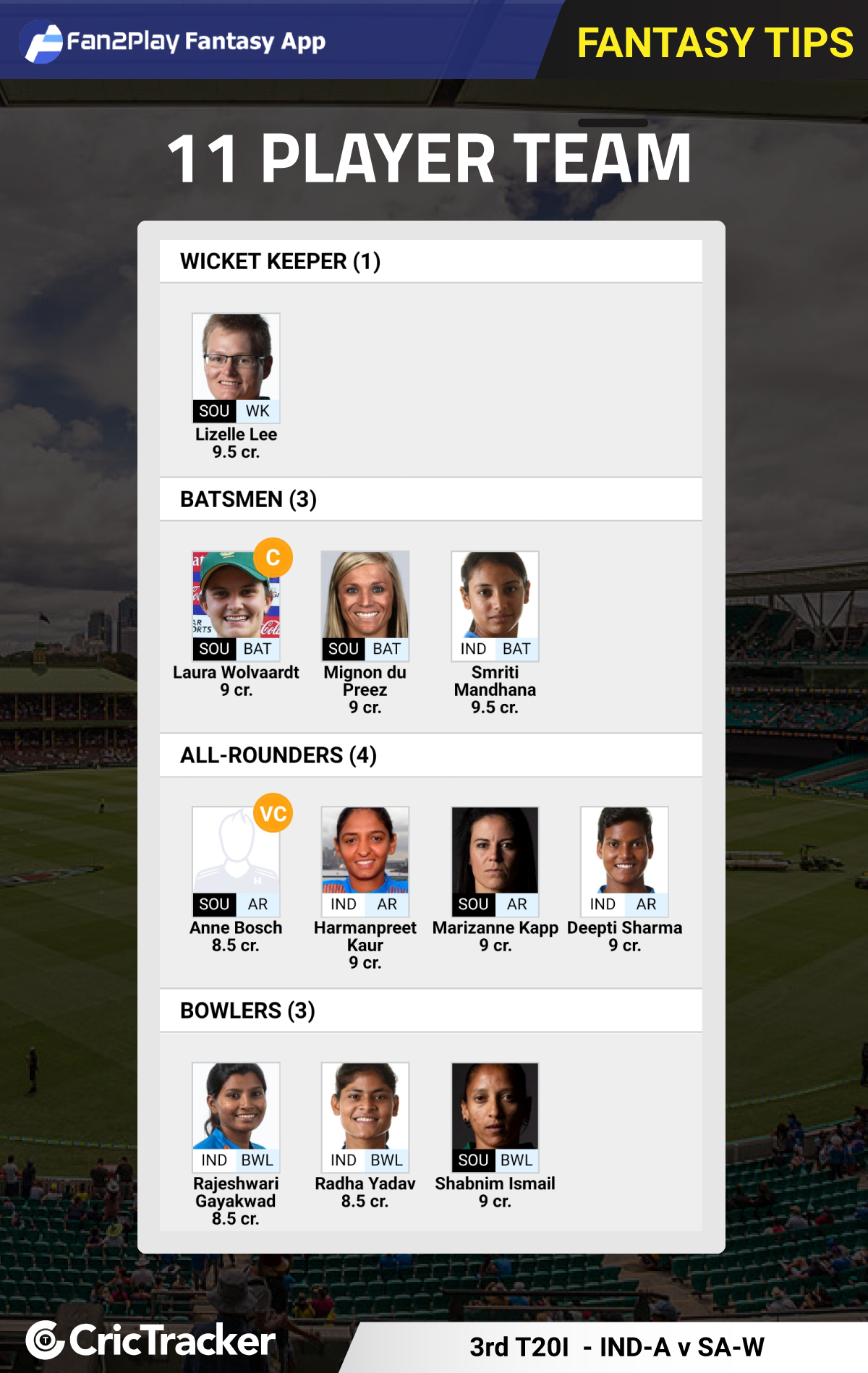