Saif Hassan is the safe option as captain or vice-captain as he is bowling few overs alongside opening the innings.

India Under-23s took a 2-1 lead in the 5-match One-Day series against Bangladesh Under-23s in yet another rain-affected match. The Indian openers Yashasvi Jaiswal and Aryan Juyal scored fifties to add 114 in 22 overs without losing a wicket. The game was reduced to 22 overs after a long break during the 17th over of the Indian innings. The visiting side got a revised target of 174 in the 22 overs on DLS method.

In reply, the Bangladesh Under-23s lost half their side by 6th over with just 27 runs on the board. Soon it was 56/7 by 13th over with six out of Bangladesh’s top seven batsmen getting out for single digits. Mahidul Islam Ankon ended their misery with a 38-ball 50 which took them to 124 before they were bowled out in 21.4 overs. If not for Mahidul’s fifty, the Bangla side would not have even reached 100.

The Lucknow weather is expected to cause trouble for the 4th consecutive time in this series. Scattered thunderstorms are expected throughout the day at the Ekana Stadium.

With the moisture around, the new ball is producing wickets for the pacers while the spinners are ruling later on. The Ekana Stadium is more of a turning track but the rains make it bit better for batting and helpful for the pacers early on.

Atit Seth and Arshdeep Singh open the bowling for India and took four wickets apiece. Hrithik Shokeen took six wickets and is the leading wicket-taker of the tournament. Mahedi Hasan will be crucial for the visiting team as he will be opening the innings and bowls a decent number of overs.

Saif Hassan is the safe option as captain or vice-captain as he is bowling few overs alongside opening the innings. 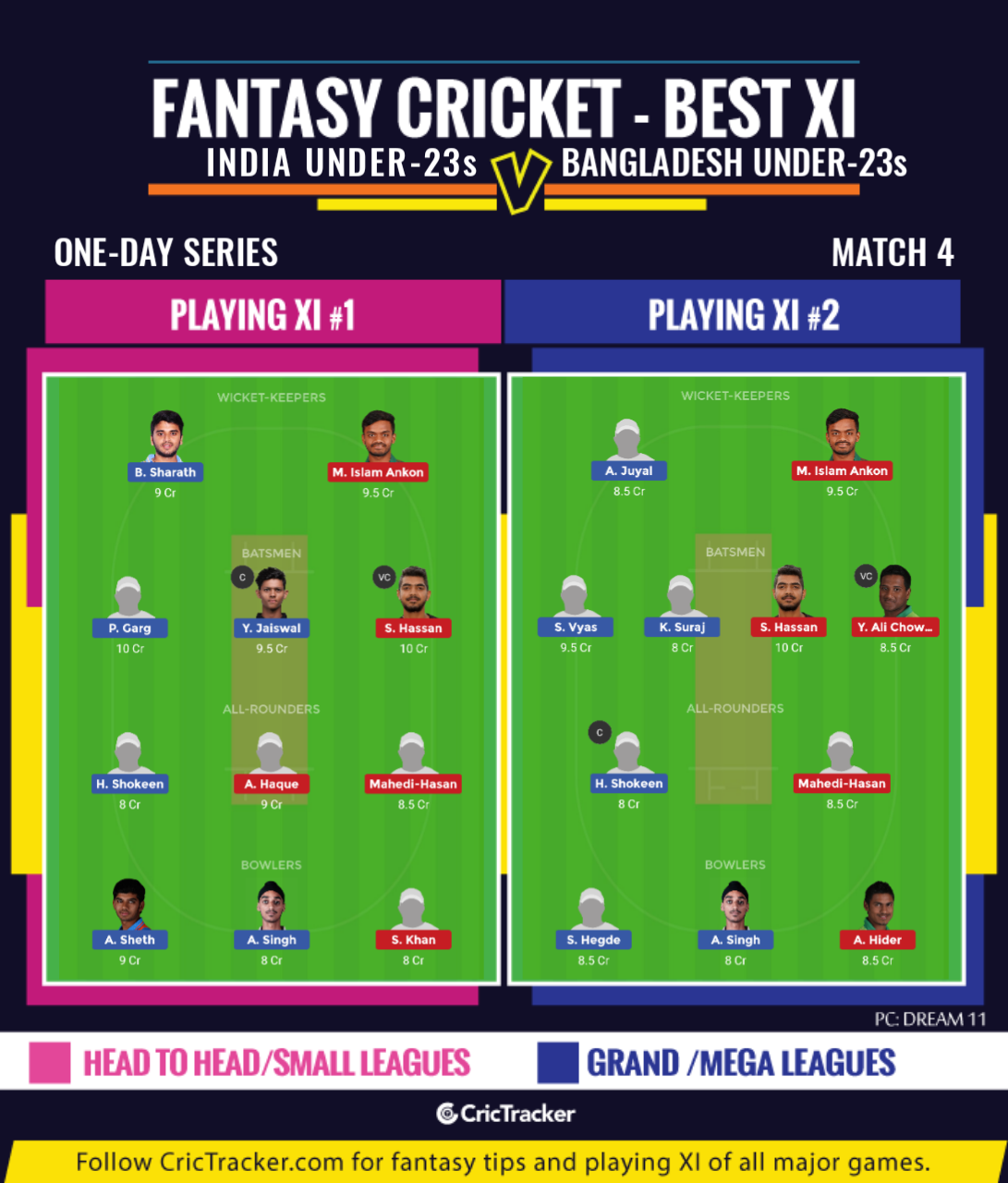 The top-order batsmen will be crucial once again. This game is expected to be a shortened game like in the previous two matches. We might not see more than four players batting in first innings.

India Under-23s are expected to seal the series with one game still to be played.