Nobody expected the Vizag game to turn into a thriller. But India bowled exceptionally well to trigger the infamous Australian collapse and were in a position to win the game. But Pat Cummins and Jhye Richardson were smart enough in the last over to pull off a brilliant victory. With this being only a two-match series, the visitors have a great chance to pull off their first T20I series win in India.

India, irrespective of the result, are anyways going to make changes to the playing XI and Rohit Sharma might be rested with Shikhar Dhawan coming in. KL Rahul and Rishabh Pant are set to get more game time as Virat Kohli hinted ahead of the series. Though the home side will be eager to level the series and hope that their batsmen make amends for their failure a couple of days ago.

The second and final game of the 2-match T20I series between India and Australia will be hosted by the M Chinnaswamy Stadium in Bengaluru. 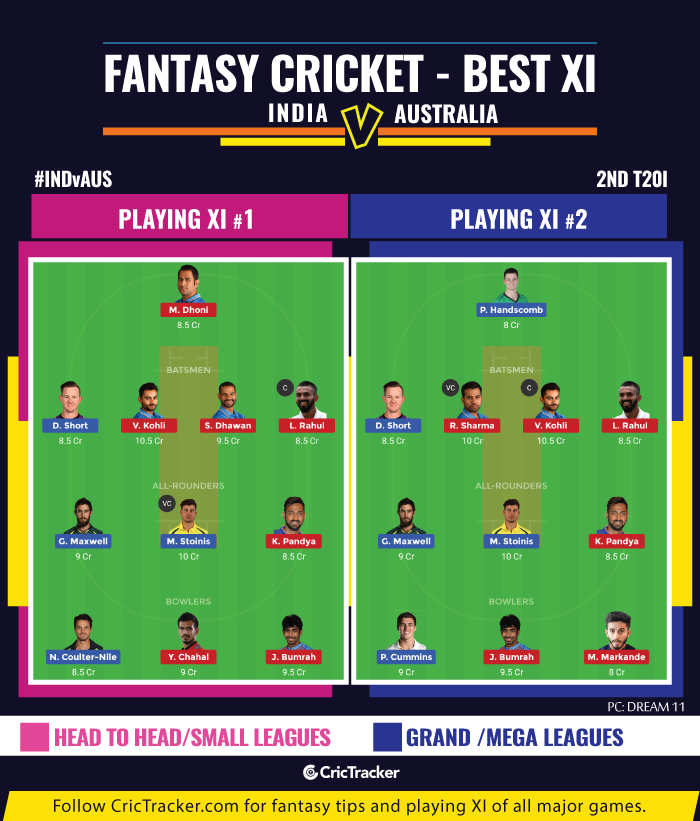 India are expected to win this game and level the series.

Get the latest Cricket News and updates from the India vs Australia series, Match Predictions, Fantasy Cricket Tips and lots more on CricTracker.com.