Rishabh Pant has been ruled out of the second ODI and KL Rahul is likely to continue keeping wickets for India.

The second ODI of the three-match series between India and Australia will be played at the Saurashtra Cricket Association Stadium in Rajkot.

This game will commence at 1:30 PM IST (Local) (8:00 AM GMT). The match will be telecasted on DD Sports, Star Sports 1 HD, Star Sports 1 HD Hindi and live-streamed on Hotstar, Jio Cricket HD.

Australia thumped India by 10 wickets in the first ODI at the Wankhede Stadium and will be looking to seal the series in Rajkot. While the full strength bowling unit was at its best restricting the strong Indian batting line-up to just 255, David Warner and Aaron Finch just asserted their dominance with authority to leave the hosts hapless. The visitors would love to carry on with the winning the momentum in Rajkot.

India, on the other hand, have been caught off-guard for the first time in the home season. Virat Kohli’s decision to move down to number four has been criticised by many. And though he is expected to come back at three, Rishabh Pant getting ruled out of the game hasn’t helped India’s cause. It will be interesting to see if they will be able to make a comeback in the series against the on-song Australian side.

Sun will be shining bright in Rajkot on Friday. There is no chance of rain whatsoever and dew might come into play in the evening. The temperature is expected to hover in the early 20s when the match starts and it will come down to around 18 Degrees Celsius in the evening according to AccuWeather.

The surface at the venue is known to be another batting beauty. Even for this game, the flat pitch is expected to be on offer and the batsmen will enjoy their time in the middle. Interestingly, both the ODIs so far played in Rajkot have been won by the team batting first.

Rishabh Pant has been ruled out of the second ODI due to concussion. No replacement has been named for him. KL Rahul is expected to keep wickets.

With the way, Warner and Finch have batted in the previous game, they automatically become the top picks for Dream11 Fantasy side. With the ball, Mitchell Starc was the star with the figures of 3/56 while Cummins and Richardson also picked a couple each.

For India, Rohit Sharma and Virat Kohli continue to be the key batsmen with the record they boast of against Australia. Also, Jadeja is playing on his home ground and his all-round skills could just prove to be useful in the game. Bumrah is also expected to be lethal and can put up an improved show. 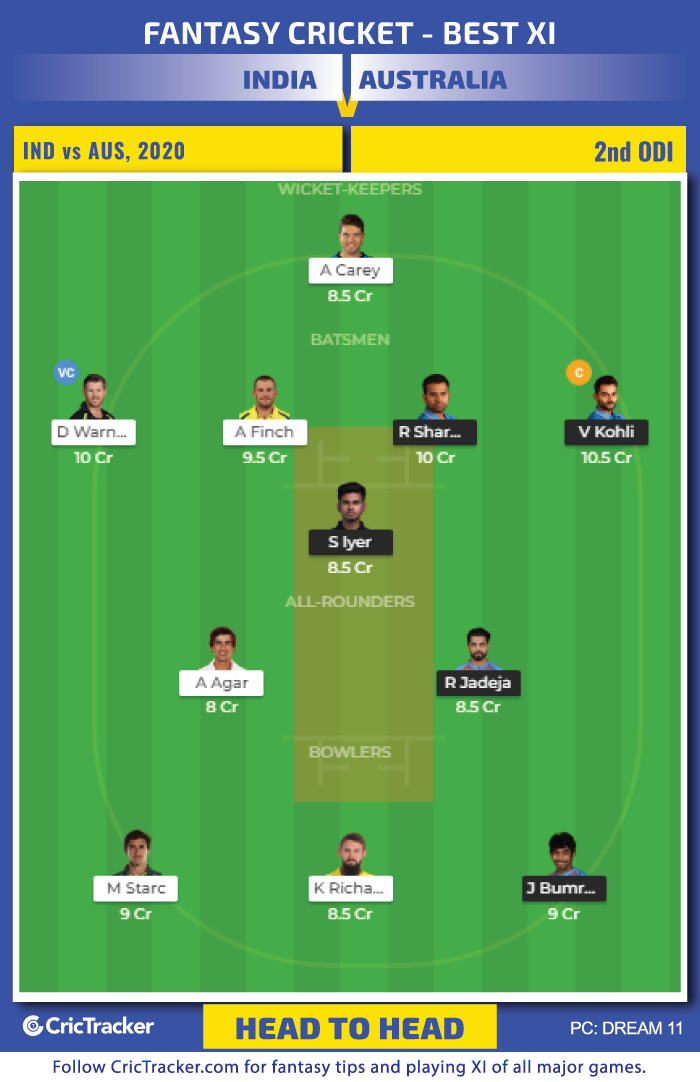 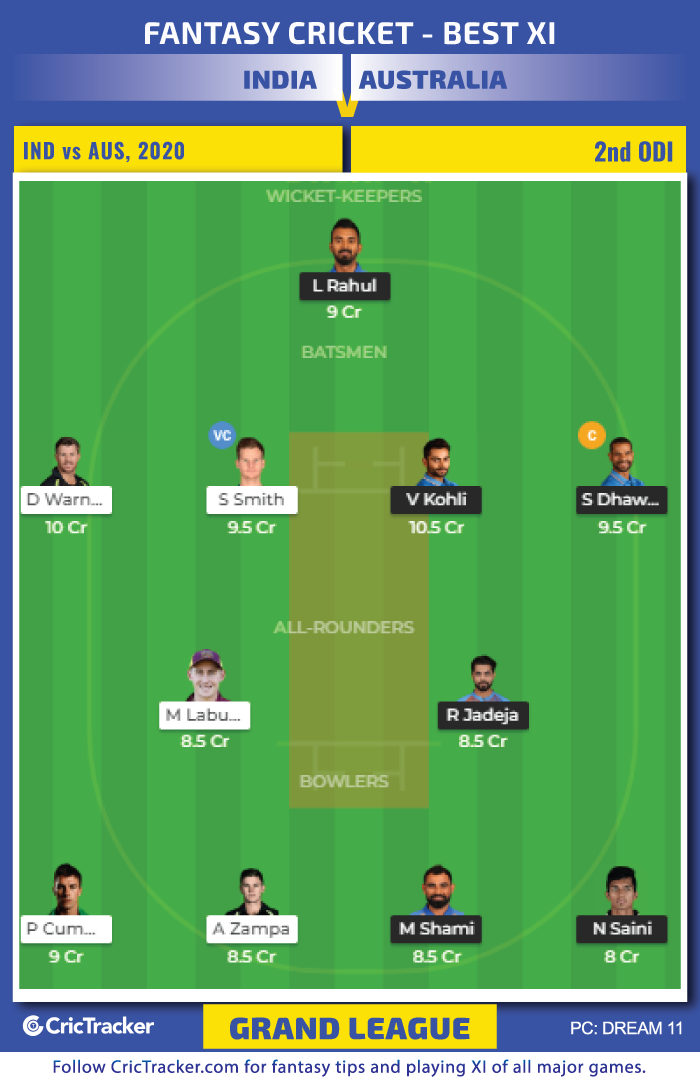 Predicting an early fall of the wicket for the Aussies, you can pick Steve Smith in your Dream11 Fantasy side and can also consider him as the multiplier option in Grand Leagues. Most of the users will pick Warner and Finch and even if one of them get out early, it could earn you a lot of Fantasy points.

India are expected to make a comeback and level the series.