There are slight chances of rain to intervene in the match that but it will not affect the length of the match.

India’s quest in the 50-overs format continues after the drubbing which Virat Kohli and his men endured on the New Zealand soil. After decimating the Kiwis in the T20I series, the Indian side was touted to topple the hosts in the ODI series as well. However, to the surprise of many fans, the tide completely turned in New Zealand’s favour as a hapless India side was seen reeling while donning the coloured jersey in ODI series.

Despite amassing a competitive total in the first and third ODI, the Men in Blue were not able to curb New Zealand’s run-flow in their chasing. A baffled bowling force– including spearhead Jasprit Bumrah— kneeled down against the hosts as the BlackCaps hunted down the target in both the ODIs.

While the second ODI was a recreation of the ICC World Cup 2019 semi-final as the Men in Blue succumbed to the target of 274 as kept throwing wickets at regular intervals to hand a 22-run victory to New Zealand. Virat Kohli and his troops will be aiming to retaliate and dazzle on the home soil– for which they are known– and topple a reinforced South African side.

The Proteas, on the other hand, will be full of confidence and determination after thrashing Australia 3-0 in their previous ODI series. After suffering a 2-1 loss in the precedent T20I series, the Quinton de Kock-led side came out all guns blazing. After defending a massive 291-run total in the first ODI, the Proteas hunted down targets in subsequent two ODIs to decimate Aussies in the 50-overs format.

There are slight chances of rain to intervene in the match that but it will not affect the length of the match. The wind will be blowing at a rate of 11 and 17 km/hr whereas the temperature will hover between 8 and 13 Degree Celsius according to Accuweather.

After a dismal show in New Zealand, the Men in Blue will be anticipating their star-studded batting force to fire off against a formidable South African bowling unit. Along with the opening duo of Shikhar Dhawan and Prithvi Shaw, the batting lineup of India will be steered by skipper Virat Kohli and in-form KL Rahul. Kohli, who amassed only 38 runs in the Test series on the Kiwi soil, will be hoping to retaliate and bounce back to steer India to the triumph.

Pandya’s last international endeavour was against the Proteas at Bengaluru in September 2019. After hogging the headlines after delivering blistering knocks with the bat as well as impressive spells with the ball in DY Patil T20 Cup, the 26-year-old will be aiming to fill in the void of an all-rounder’s spot in Team India’s ODI setup. In a career spanning over 54 ODIs, the right-hander has amassed 957 runs along with scalping 54 wickets.

All eyes will be on the newly-appointed skipper to fulfil his worth on the Indian soil. It will be a true test for the left-hander to lead his side from the front on sub-wicket wickets. Ahead of his IPL 2020 exploits, De Kock will be hoping to deliver impressive performances with his willow before donning the Mumbai Indians jersey in the upcoming edition of IPL. After failing to dazzle against Australia, De Kock is expected to flaunt his fearless striking against a robust Indian bowling force.

Meanwhile, in the absence of Kagiso Rabada, Lungi Ngidi will be at the helm of South Africa’s bowling force along with the likes of Anrich Nortje and Keshav Maharaj. Andile Phehlukwayo will don the all-rounder’s role while former skipper Faf du Plessis and Rassie van der Dussen will bolster South Africa’s middle-order batting. Either Janneman Malan or Temba Bavuma will be steering their top-order force alongside skipper Quinton de Kock. 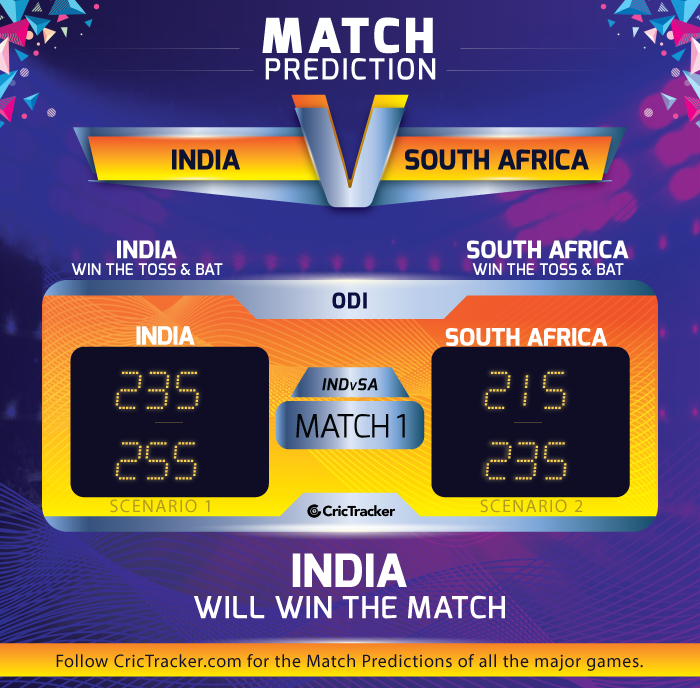