Toss Report: Sri Lanka have won the toss and they will bowl first. 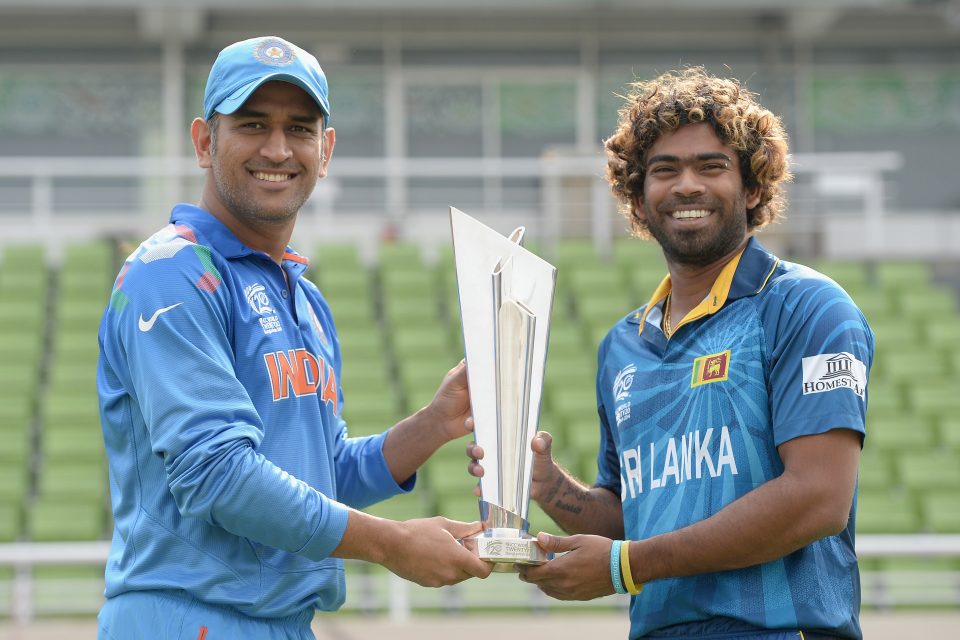 Sri Lanka have gone for a deeper batting as Thisara Perera comes in for Seekkuge Prasanna. India goes unchanged into the finals. Mohit Sharma gets 3rd consecutive game

19.19 HRS IST Put into bat first, Rohit Sharma managed to get off the mark with a flick down the leg side from the first ball of the match. Rain was determined to play spoil-sport but it eventually didn’t happen and the supper-soppers at work managed to get the match start 40 minutes late. Rahane and Rohit played Kulasekera out for 4 runs in the first over. Mathews cleaned up Rahane for 3 with his third ball to bring Virat Kohli in for India. India were 5-1 after 2 overs

19.28 HRS IST  Wrists started coming into play as Virat Kohli hit the first boundary of the match in the 3rd over. Sri Lanka have managed to keep things tight so far in the innings. Indian batsmen kept on rotaing the strike with singles to keep the things easy for themselves. Mathews have completed his economical first spell of 2-0-5-1

19.36 HRS IST Indian batsmen started using their strength as Rohit Sharma targetted Sachithra Senananyake to bring the second boundary of the Indian Innings. There has been a bit of misunderstanding between the two batsmen but Malinga failed to take the chance and missed a direct hit. Malinga finally takes the ball to bowl the last over of the powerplay but the Indian duo of Kohli and Rohit are trying to release the pressure by rotating the strike. This has been the slowest powerplay for India in the tournament.

19.43 HRS IST Lasith Malinga spilled Virat Kohli of the first ball from Rangana Herath to make the things easy. Rain has slowed down the outfield considerably and it is felt that a score of 150+ will be competitive on this track. Kohli started picking up the loose balls as he sent Rangana Herath into the stands of the last delivery of 7th over. Mathews has been brought back into the attack for his 3rd over and he again slowed the proceedings of the first 3 balls but a double of the next ball and 6 runs from the over kept the things even-stevens.

19.50 HRS IST The ball is not coming on the bat properly and the batsmen are failing to keep the bowlers at bay. Herath gave away only 3 runs off his second over as India creeped to 50-1 after 9 overs. The last over from Mathews yielded 14 runs as India reached 64-1 at the halfway stage

19.57 HRS IST Rohit Sharma finally holed out to Sachithra Senanayake as India lost their second wicket. Herath picked up his 6th wicket of the tournament and his figures read 3-0-13-1 at the end of 11th over. Senanayake has been brought back into the attack and with a firepower line-up ahead, it is expected from Kohli to set a platform for the late assault.

20.04 HRS IST Kohli hit Herath for SIX on the first ball of his last over and started rotating the strike with Yuvraj Singh, who didn’t have a good tournament so far. Herath ended with figures of 4-0-23-1 and Malinga applied himself back into the attack in the 14th over. Virat Kohli brought up his hard-working 50 of the tournament to keep India on track for a big score

20.14 HRS IST Yuvraj’s struggle in the tournament has continued into the finals as he has creeped to 6 from 11 balls by the end of 15th over. Nuwan Kulasakera comes in to bowl the crucial 16th over and Virat Kohli targetted the leg side boundary to bring the 100 up for India. 10 runs comes of the first two balls. Kohli couldn’t connect the third ball properly but the fielder messed it up for a FOUR again. This has been the costliest over of the match so far

20.33 HRS IST 50 partnership has been up between Yuvraj Singh and Virat Kohli. With 8 wickets in hand and Virat Kohli set in the crease, it is expected from the Indian batsmen to go on a rampage in the final 3 overs. Lasith Malinga produced a brilliant 18th over as India reached 119-2 after 18 overs. Yuvraj’s struggle came to an end as he holed out to lon-off at the start of 19th over and Dhoni brought himself in to finish things off. Sri Lanka bowled the best death overs of the tournament to restrict India to 130-4

20.58 HRS IST Bhuvneshwar Kumar started the proceedings for India by giving 5 runs off the first over including a boundary. Mohit Sharma sent back Kusal Perera as he failed to clear the infield and Jadeja took an easy catch. Mohit Sharma bowled a tight over as India were still in the game for the title.

21.07 HRS IST The pressure has been evident on both the teams. The ball has not been coming onto the bat properly but Dilshan and Jayawardene have managed to keep the bowlers on bay so far. With 3 boundaries of the 4th over, Sri Lanka have slowly started to take the game away from India

21.20 HRS IST The pitch started easing out slowly and Sri Lanka started picking up the boundaries beautifully. Ashwin set up brilliantly to get Dilshan with is carrom ball and take the tally of his carrom-ball victims in the series to 8.  Sangakkara and Jayawardene have joined each other at the crease as Dhoni brought his trump card Amit Mishra in the 7th over.

21.30 HRS IST Sri Lanka reached their 50 from the first ball of 9th over. Jadeja was put down the leg-side for a four and Sangakkara followed it up with a SIX, two ball later to keep the pressure on India. Sri Lanka reached 58-2 at the end of 9 overs. Dhoni decided to continue with Raina in the 10th over and he picked Jayawardene up as Ashwin picked up a brilliant catch.

21.40 HRS IST Brilliant overs continued from India as Ashwin gave just 4 runs off his second over. With two left-handers at the crease, Dhoni couldn’t bring his leg spinners into the attack as he had a very low total to defend. Raina came into the bowl his third over and he gave just 2 runs from his third over. Finally Mishra was brought back and he delivered by picking up Thirimanne. Perera is the new man in for Sri Lanka

21.47 HRS IST Suresh Raina completed his economical spell of 4-0-24-1 picking up the important wicket of Mahela Jayawardene. Perera eased the pressure by taking on Mishra for a SIX over long-on. Sangakkara charged with a four and Sri Lanka still needs 33 from the final 30 balls. India still needs 6 wickets for their 4th title win in 7 years

21.53 HRS IST Sangakkara brought his best for his team in the finals of the tournament, steering the team at the time of crisis. To make matters worse for India, Rahane dropped a catch and Sri Lanka neared their first title win in 18 years.

21.57 HRS IST Dhoni gave Ashwin his last over and with two boundaries from as many balls, it was almost game over for India. Sangakkara took a single and Perera completed by charging down the ground for a FOUR to finish things off in style. Sri Lanka finish their trophy drought of 18 years by defeating familiar opposition India in the finals and also lift their first World T20