Harmanpreet Kaur has been brilliant with both bat and ball in this series.

The 6th and final game of the 6-match T20I series between India Women and South Africa Women will be played at the Lalabhai Contractor Stadium in Surat.

This match will be live on Star Sports 1 HD and Star Sports 3. Live streaming available on Hotstar.

India Women continued their domination in the T20I series against the South Africa Women as they took a 3-0 lead with a 5-wicket win. An extra match was fitted to the pre-planned 5-match T20I series and extended it to a 6-match series. In the penultimate game played on Thursday, the Indian bowlers limited the visiting side to just 98/8 in the 20 overs.

In reply, India lost their first three wickets in 6.2 overs with only 29 runs on the board. However, skipper Harmanpreet Kaur scored an unbeaten 34 to seal a series win for the hosts. India Women would be looking to finish the series win yet another win. They would be hoping to retain their playing XI that did the job in the first three completed games.

The weather in Surat is clearly improving with every passing day. Friday will be the last day of this T20I series and the weather forecast suggests no rain from afternoon 2 PM.

The slow and turning tracks continue to be seen at the Lalabhai Contractor Stadium. All the three completed matches in this series were played on dry pitches with cracks. Another low-scoring game with spinners’ domination could be seen on Friday.

Radha Yadav and Poonam Yadav will be crucial with the ball yet again. The duo picks up at least two wickets each in every T20I, especially on slow tracks. Sune Luus promoted herself as an opener in the last game to solve the team’s batting troubles but didn’t work. However, she could be seen doing the same in the final T20I as well. Mignon du Preez needs to score big for the visitors to win games.

Harmanpreet Kaur has been brilliant with both bat and ball in this series. She would be hoping to finish the series with another big game. 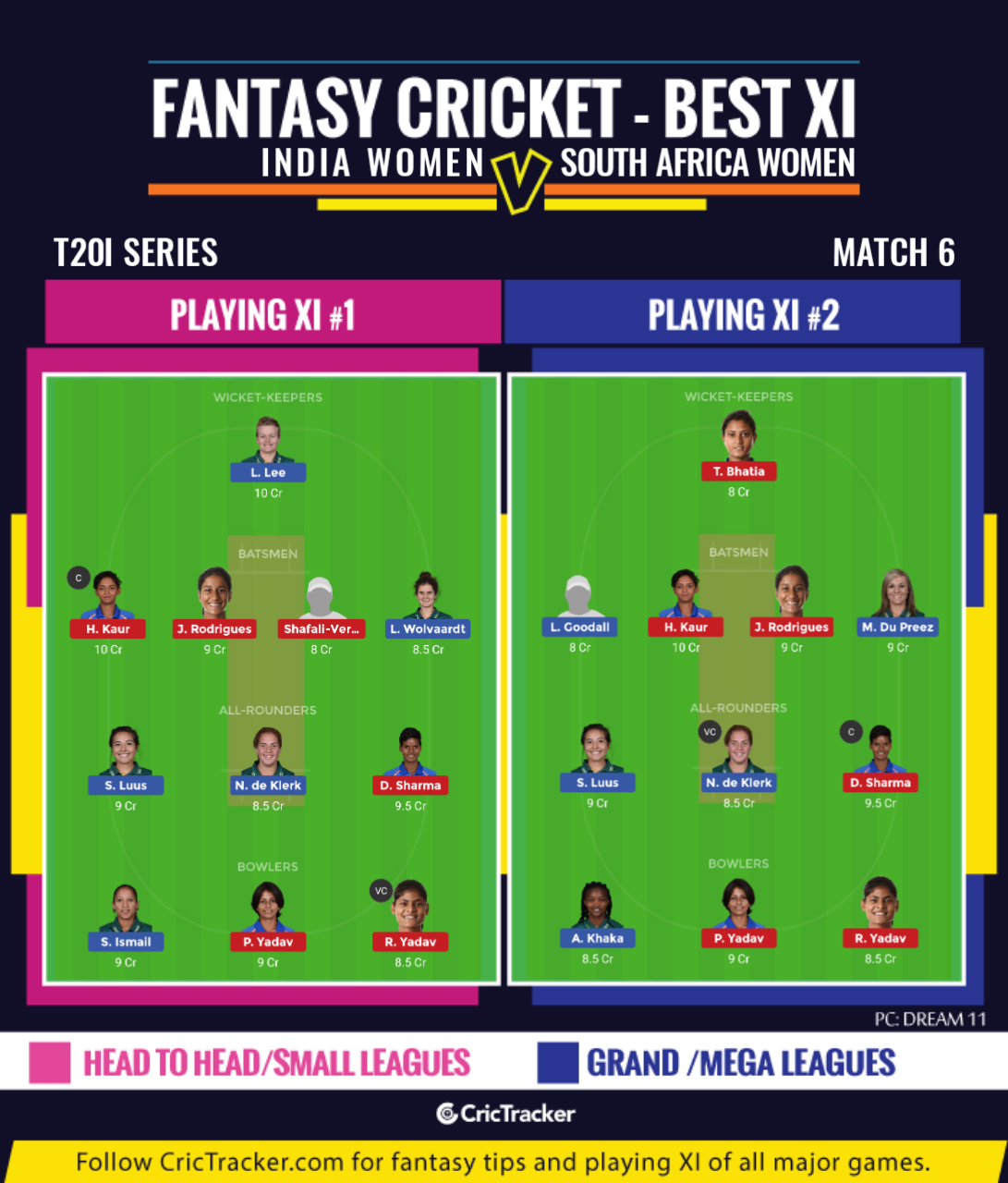 Smriti Mandhana’s struggles on slower tracks continued and she is likely to not be among top scorers in the last match as well. India might bring in Harleen Deol in place of Veda Krishnamurthy which is the only expected change in the last match.

India Women are expected to finish the series with a scoreline of 4-0.