Indian cricketers and their salaries 2019-20

Indian cricketers and their salaries 2019-20 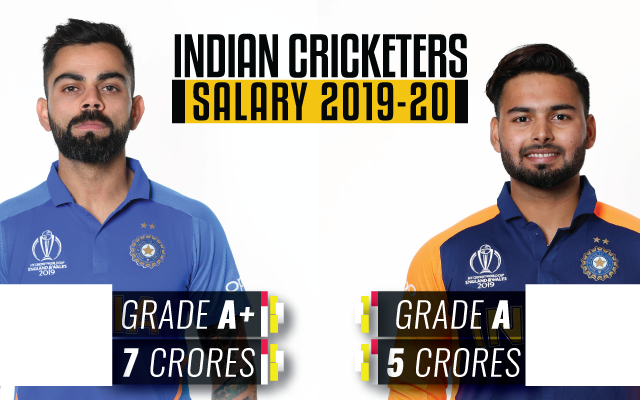 One of the biggest talking points in January 2020 has been the annual contracts of the Indian players (both men and women). The absence of Mahendra Singh Dhoni from the list has been one of the big eye-catchers. He’s been on a sabbatical since the end of the 2019 World Cup and it’s unclear whether he will return to international cricket.

Meanwhile, there were quite a few other notable exclusions. Dinesh Karthik, Ambati Rayudu and Khaleel Ahmed who were a part of the contract list last time (2018-19) didn’t find a place. On the other hand, there were six new entrants in the list and two players got upgrades from the previous season as well.

In all 27 players were handed contracts in four categories – Grade A+ (INR 7 crore), Grade A (INR 5 crore), Grade B (INR 3 crore) and Grade C (INR 1 crore). There are only three players in the highest category (Grade A+) while there are 11 in Grade A. Meanwhile, Grade B has five players and Grade C has eight. Here is the list of all 27 players and their respective salaries for the 2019-20 season. This contract is valid between October 2019 and September 2020. 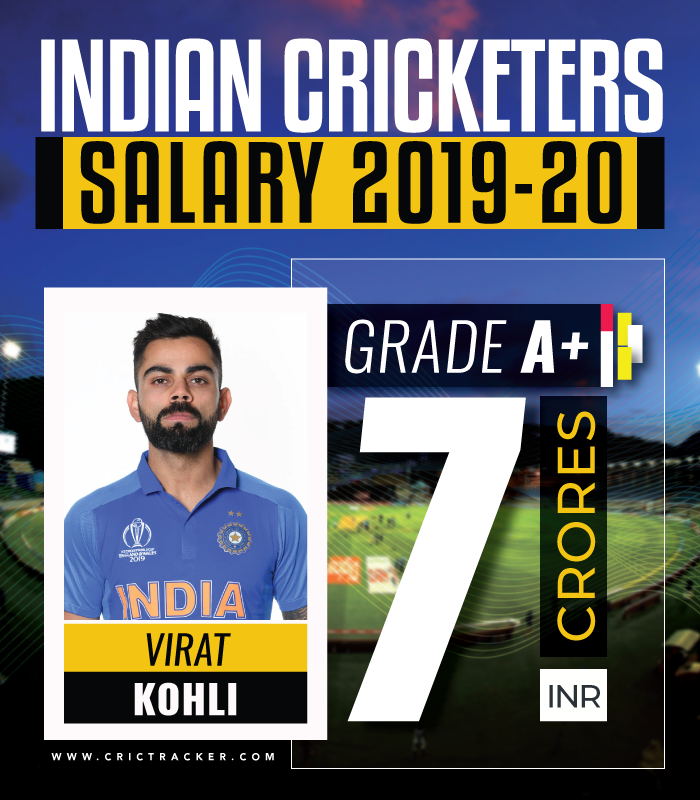 Virat Kohli is arguably the most important man in Indian cricket. The Indian skipper is one of the role-models of this generation. There is little doubt that he will go down as one of the greatest. In fact, he is perhaps the best batsman across formats at the moment.

Kohli is the only player in the history of the game who has an average of 50 or more in each of the three formats. He is an absolute run-machine. The Delhi-born cricketer has been India’s premier batsman across all three formats for the last few years. He finished 2019 as the highest run-getter in international cricket.

Moreover, being the captain of the side and also, the best batsman across all three formats, it is no surprise that Kohli is in the topmost bracket. His annual salary is ₹7 crore.