Delhi’s first host of the season are three-time champions Mumbai.

Three-time Indian T20 league champions Mumbai will look to start their 2019 campaign on a high when they play a revamped Delhi team at their home ground on Sunday. While Rohit Sharma’s team is one of the strongest in the tournament with three trophies, Delhi, under new captain Shreyas Iyer cannot be ruled out due to a major rejig. Here’s all you need to keep in mind before picking your Fantain XI for the match no. 3 of the Indian T20 league.

Mumbai will be without the service of experienced bowler Lasith Malinga for the first six matches as all the Lankan players have to participate in the domestic Super Provincial One-Day tournament from April 4 to April 11 in order to be eligible for selection in the 2019 World Cup squad. Also, New Zealand’s Adam Milne has been ruled out with an injury.

Wooden spooners of 2018, Delhi this year are a mix of domestic youngsters and seasoned campaigners. They’ve traded Shikhar Dhawan from Hyderabad to open their batting this year while also bringing in Kasigo Rabada, Chris Morris and Trent Boult to bolster their pace attack. Captain Shreyas Iyer and Rishabh Pant can fire from the word go and will be exciting batting prospects. However, compared to Mumbai, Delhi look less strong on paper.

Rohit Sharma – The Mumbai captain has been the highest run-scorer from his team against Delhi – 516 runs in all the games. Not just against Delhi, he has been a star performer in almost all games for the team and will be looking to start the 2019 season on a high. He has also consistently been one of the biggest players in Fantain Fantasy XI.

Rishabh Pant – Last season, the youngster finished the T20 league with the record of smashing the highest score of 128* off 63 balls against Hyderabad and also topped the charts for most sixes and boundaries. Pant is a terrific hitter of the ball and will be looking to make the best use of the small Wankhede outfield.

Shikhar Dhawan – Dhawan will be playing for his home team for the first time in the tournament. His personal record against Mumbai is outstanding, with 586 runs at an average of 41.85 with four half-centuries, making him the top pick in the Fantain XI.

Jasprit Bumrah – the best limited-overs bowler in the world right now, Jasprit Bumrah can make the best of bowlers dance to his tunes. His Yorkers in the death overs have won Mumbai several games.

Shreyas Iyer – the skipper has consistently performed well in T20 tournaments, be it Syed Mushtaque Ali trophy or the Mumbai T20 league. A flamboyant batsman, Iyer will also be looking to make a case for himself in India’s World Cup squad by performing well for Delhi. 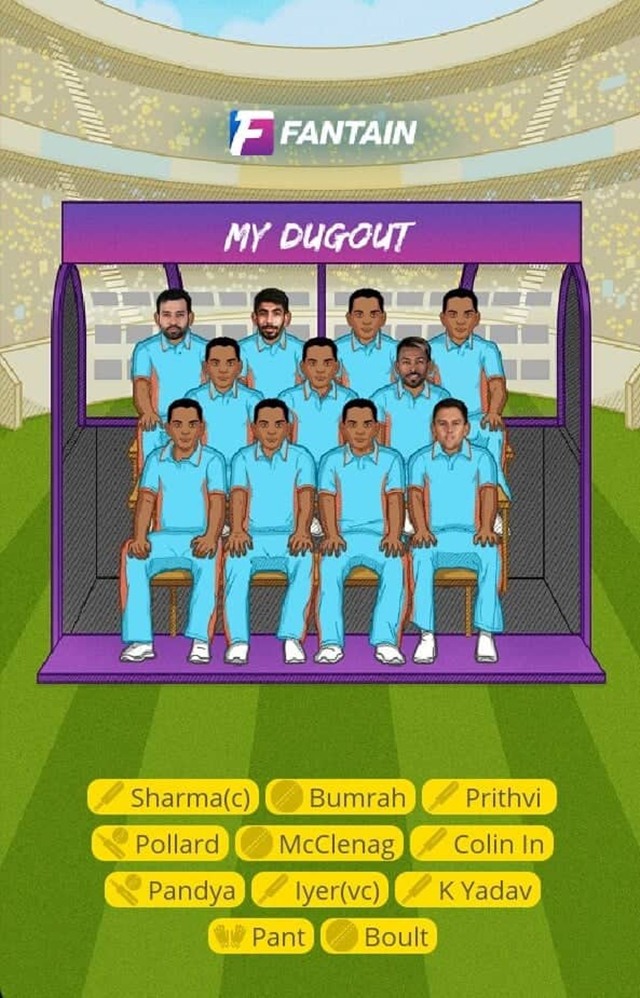