Can Kolkata make a comeback in the league against Chennai? 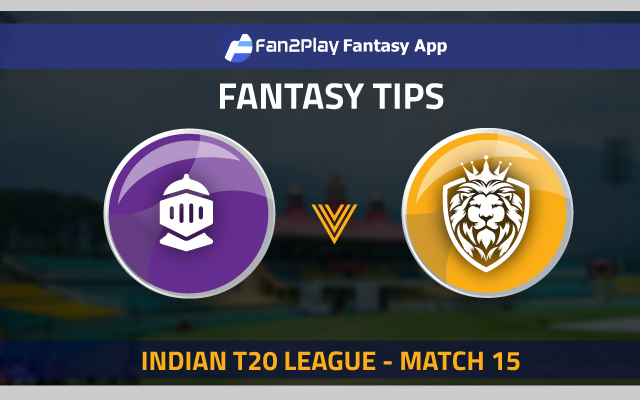 The 15th game of the Indian T20 League between Kolkata and Chennai will be played at the Wankhede Stadium in Mumbai on 21st April 2021.

Chennai will meet Kolkata at the Wankhede Stadium on April 21 as the teams look to get an edge over each other. Chennai will be quite confident, having won their last two matches. In fact, they would be more satisfied that they came back from a bad position to win their last match. Having said that, their batting depth will be once again be tested.

Kolkata, on the other hand, have lost a match against Bangalore in Chennai just a couple of days back, and shifting their base to Mumbai will be a welcome change for them. But after winning only one out of their last three matches, Kolkata will desperately need to turn their fortunes around to stay in the thick of things. Chennai will start as favourites to win this match.

Captaincy picks for KOL vs CHE

Nitish Rana started this season brilliantly with the bat, when he scored 80 and 56 in his first two matches. But in the third match, he didn’t seem to find his rhythm quite well. However, batting at the Wankhede Stadium will bring happy memories for the young southpaw, as he had a good record when he played for Mumbai back in 2017. His batting at the top order will important for Kolkata and he would be upbeat for this opportunity.

Moeen Ali is currently playing many roles, and he is doing that more perfectly than he played when he was with Bangalore or even when he played for England in T20I. It seems Dhoni likes giving responsibility to the English spin-bowling all-rounder. He returned with some runs with the bat and three wickets with the ball in the last match. 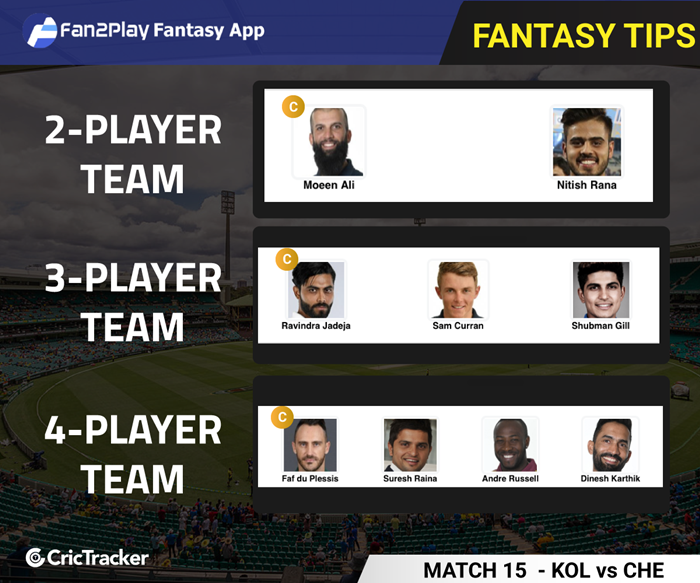