Chetan Sakariya is the X-Factor player for this encounter. Rajasthan will lock horns against Kolkata in match 18 of the ongoing Indian T20 League. Both teams will be playing their fifth match of the season and have lost three matches so far. This game is a chance for one of them to break their losing rut. The Sanju Samson-led side has struggled more due to the unavailability of their overseas players while Kolkata have been simply inconsistent with both bat and ball. Expect this to be a high-scoring game at the Wankhede Stadium.

The England wicketkeeper-batsman opens the innings and hasn’t been at his best so far. But the way he batted against Chennai scoring 49 runs off just 35 balls showed that he is not far away from a swashbuckling innings. With Kolkata bowling not looking much confident, this could be the perfect game for Buttler to stamp his authority.

The all-rounder from the Caribbean played a special knock against Chennai after his team was struggling at 31/5 at one stage. Russell smashed a half-century in 20-odd deliveries and it seemed that he could’ve won the game for Kolkata single-handedly if not for smart work from Sam Curran. Russell also bowls two overs at the death which makes him a perfect top pick for this match.

The left-arm pacer of the Rajasthan team has already impressed many with his exceptional skills. Sakariya has so far picked six wickets in four matches and looks set to pick more wickets in the upcoming matches. He is the X-Facotr player for this encounter. 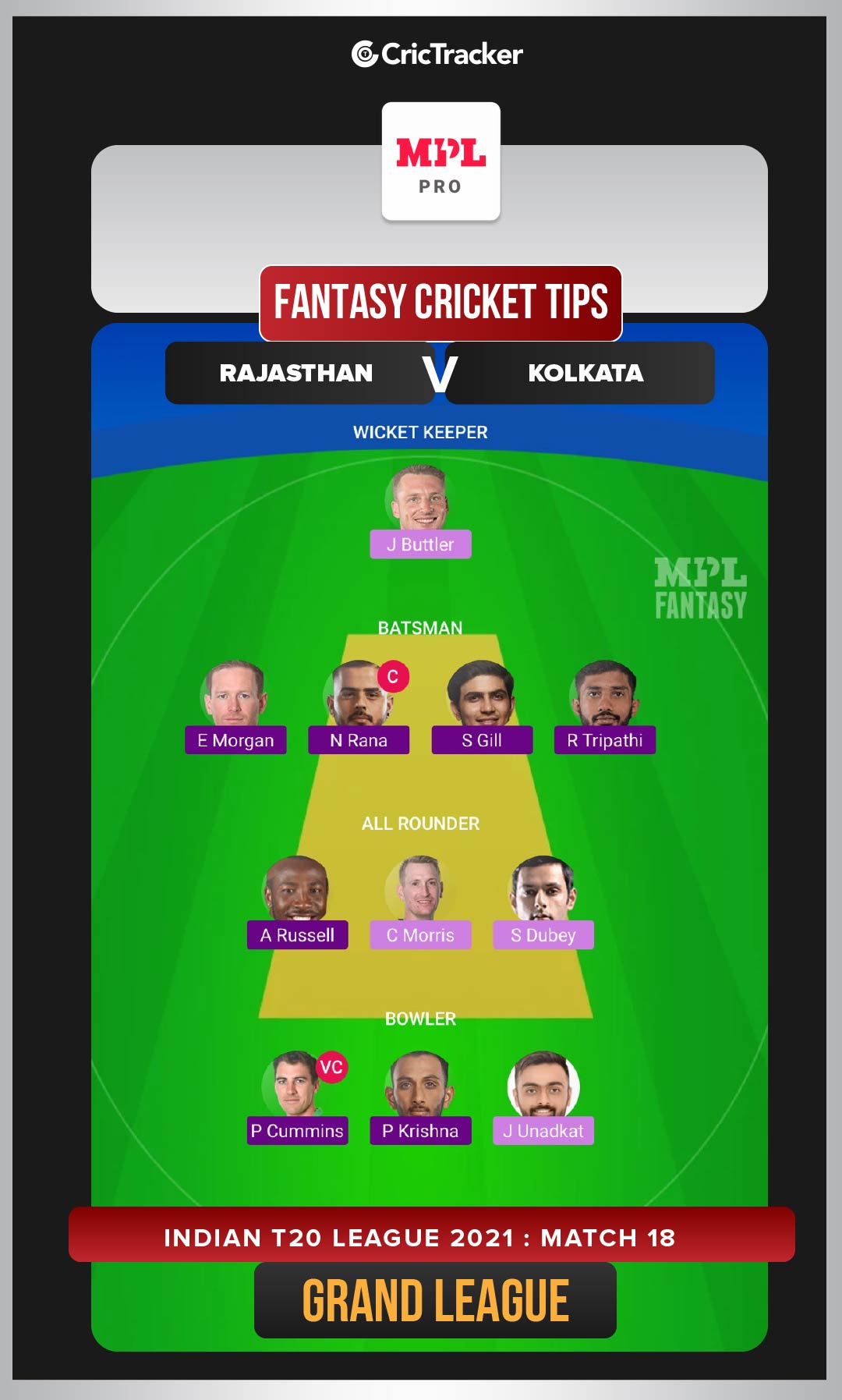 Disclaimer: This prediction is based on the understanding, analysis, and instinct of the author. While making your team, consider the points mentioned, and make your own decision.