Avesh Khan has been a pick of the Delhi bowlers, with 11 scalps in five matches. The second leg of the ongoing Indian T20 League has begun and will witness a match between Delhi and Bangalore at the World’s Largest Stadium. The two teams have won four matches each and have lost one. This should be a cracker of a match, considering that both the teams are in top form so far in this tournament.

Virat Kohli has not been at his very best in this season so far. But going to Ahmedabad will bring some happy memories for him considering how he had played the last time he was at the venue playing for his country. He made 231 runs from 5 innings, including three unbeaten fifties.

He has been in top form in this season so far. He has batted really well and helped Delhi to make merry in the competition. He has already crossed 250 runs in the five matches which he has played so far in this tournament. He has been striking at 142 as well.

Avesh Khan can be X-Factor in this match, given how he has bowled so far in this tournament. He has picked up 11 wickets from the five matches he has played. He took three scalps in the previous match. 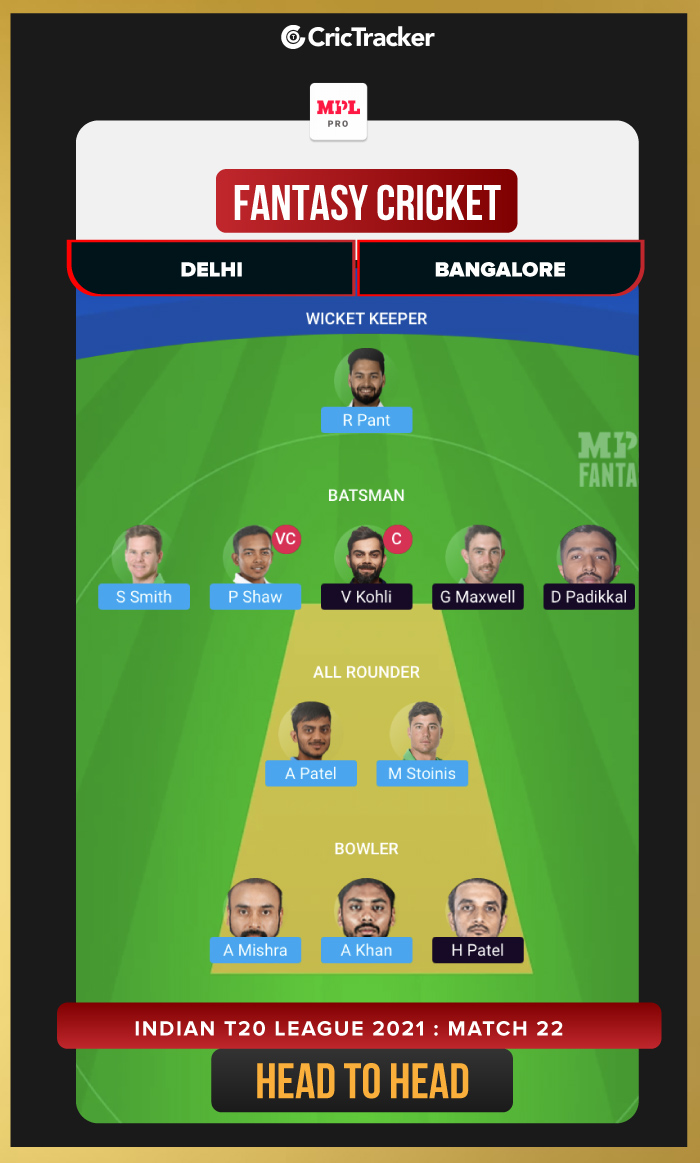