Kolkata have lost their last four matches against Bangalore. The 30th game of the Indian T20 League between Kolkata and Bangalore will be played at the Narendra Modi Stadium in Ahmedabad on May 3, 2021.

Kolkata will meet one of their favourable oppositions, Bangalore in an attempt to get back to winning ways as they start their second half of the season. In their seven matches so far, they have won only two matches and lost five, one of which was in their last match against Delhi. Bangalore, on the other hand, is also coming into this match after a loss.

However, they are placed in a much better position in this league. Virat Kohli and his men have won five matches out of the seven that they have played. Their record is also boosted by a win against Kolkata earlier in the tournament, when they won a match comprehensively by 38 runs in Chennai.

Captaincy picks for KOL vs BLR

The right-handed batsman has been in top form in this tournament. There are some factors that make him favourable to score some runs against Kolkata. Firstly, he missed out on a scoring opportunity in the last match and would look to capitalize. In his last three knocks against Kolkata, he has three fifties, including two 60+ scores and one 76 in this season earlier.

The Kolkata all-rounder is a key player in their batting unit and has scored some runs. He hasn’t been as lethal as he once used to be, but still, he has accumulated some noteworthy runs. In the last match, he scored 45 important runs for his team. 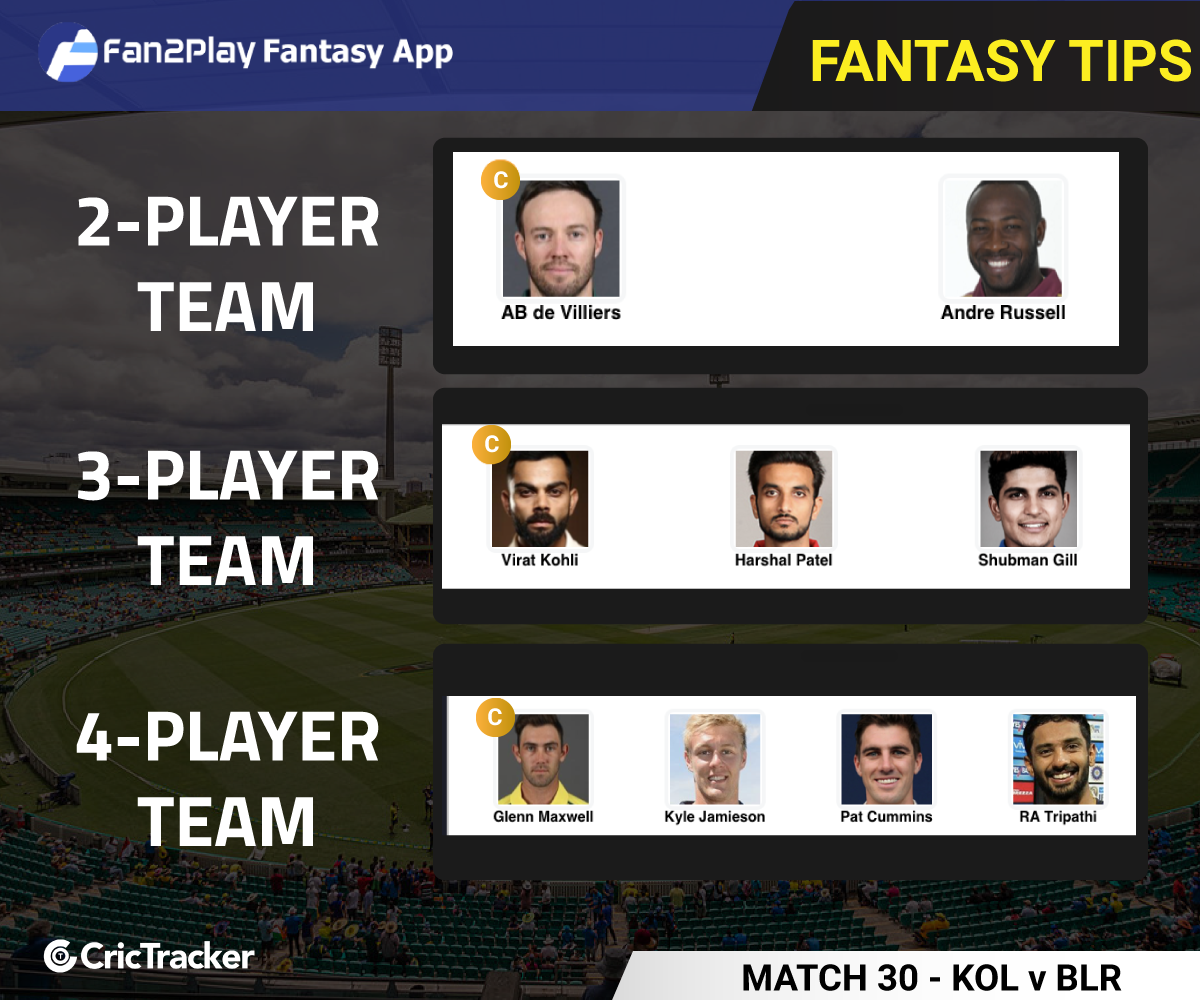 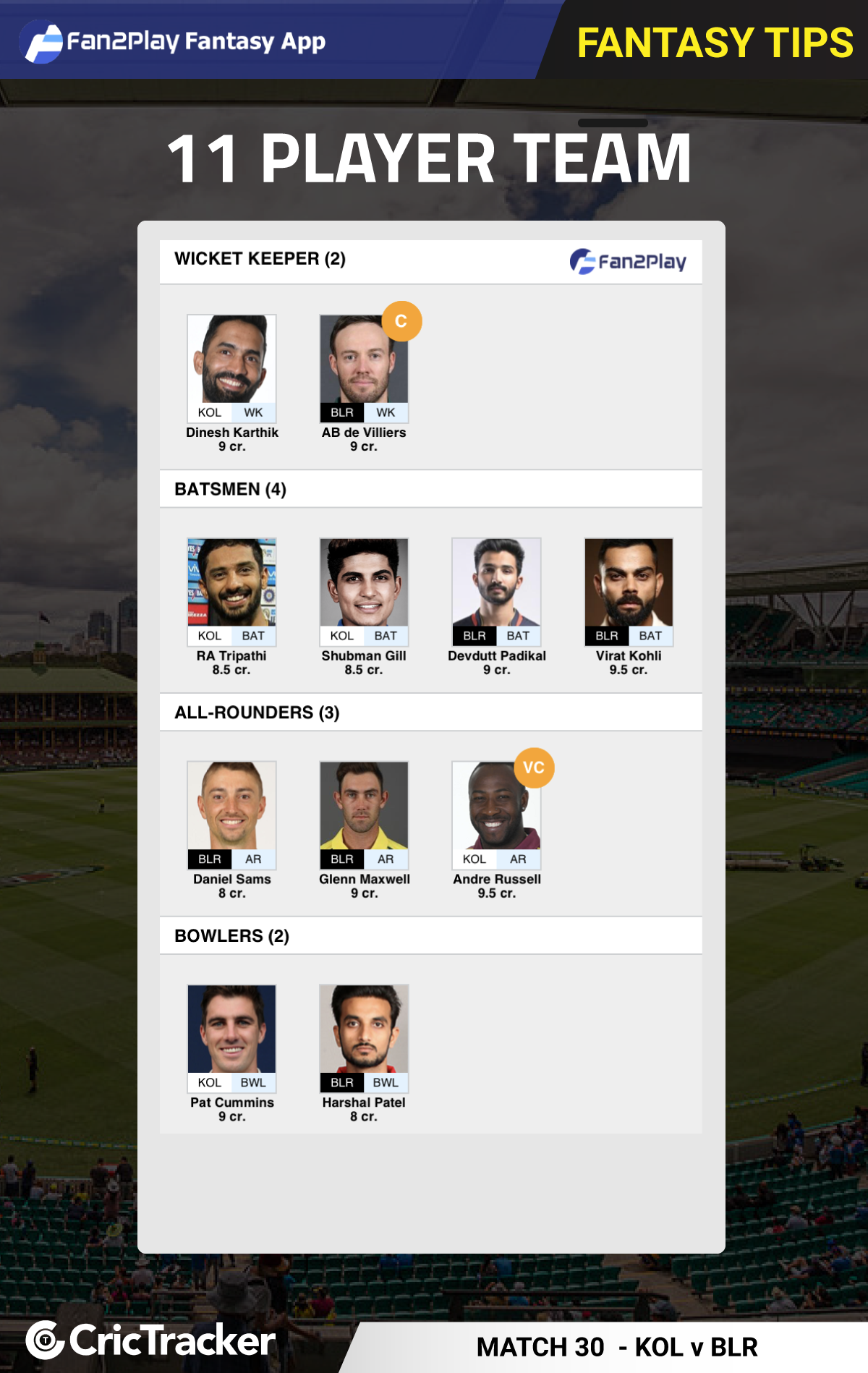