Mumbai have lost their only match in the league so far, unlike Kolkata, who opened their account with a win against Hyderabad on Sunday. 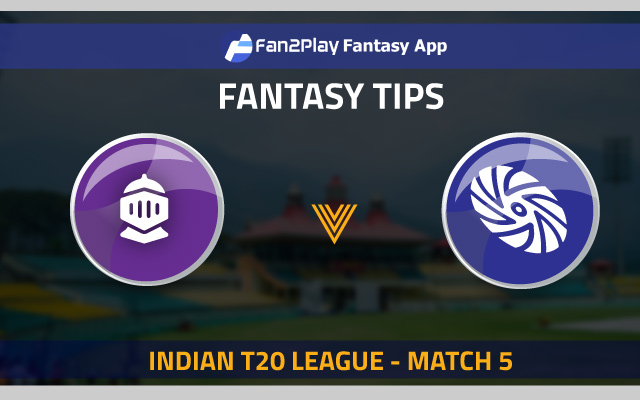 The fifth game of the Indian T20 League between Kolkata and Mumbai will be played at the MA Chidambaram Stadium in Chennai on 13th April 2021.

Kolkata started their 2021 season with a 10-run win against Hyderabad on Sunday. On a slightly slowish surface, they were able to produce a total of 187 runs in their allotted 20 overs, making an early statement with the bat. The Eoin Morgan-led team was also successful in keeping the run rate down while they were bowling, ensuring a comfortable win in the end for themselves. With that being said and done, their next challenge will be against Mumbai, who are the most successful side in the league’s history and also the defending champions.

Mumbai, on the other hand, didn’t have an ideal start to this current season. They lost a really close match against Bangalore first up but there are certain areas of concerns as far as their batting is concerned. Even after fetching a good score in the first 15 overs, they were not able to finish well in the death overs. Given the power of players like Hardik Pandya, Kieron Pandya, and Krunal Pandya, they are expected to bounce back in the second game of the season.

The history at this point in time doesn’t support Kolkata at all. They have played against Mumbai in 27 matches, but have only managed six victories. The past records would be a huge boost for the Mumbai team, which will be seeking a win badly to get their season up and running as they eye their third title in a row.

Captaincy picks for KOL vs MUM

Suryakumar Yadav has been in the form of his life recently. He was in fine touch with the blade when he made his T20I debut against England recently. He carried on that superb knick and was also seen timing the ball brilliantly during his short innings of 31 runs from 23 balls. When he faces his former team Kolkata, he would be eyeing a big score, something which he is totally capable of producing.

Shubman Gill is one batsman that Kolkata heavily depends on when it comes to giving them a good start. The talented opener missed out on an opportunity to get a big score in the opening match but would be eyeing one against Mumbai. Interestingly, his highest score in the Indian T20 League is against Mumbai, a knock of 76 which he had played in 2019 at the Eden Gardens. 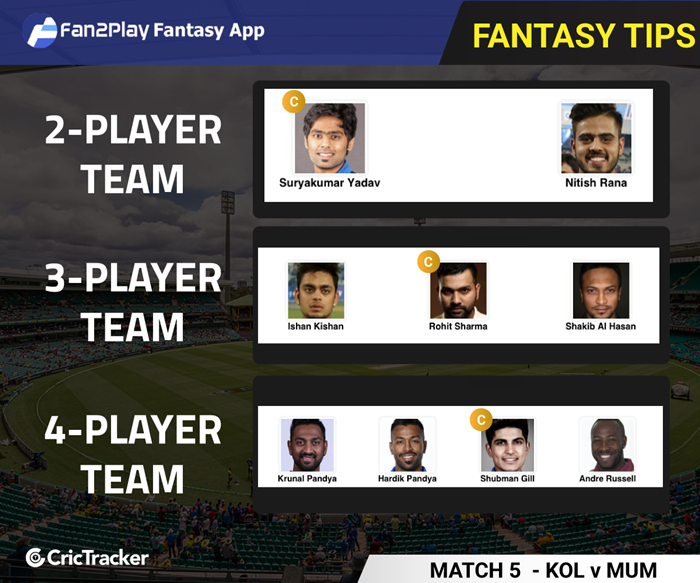 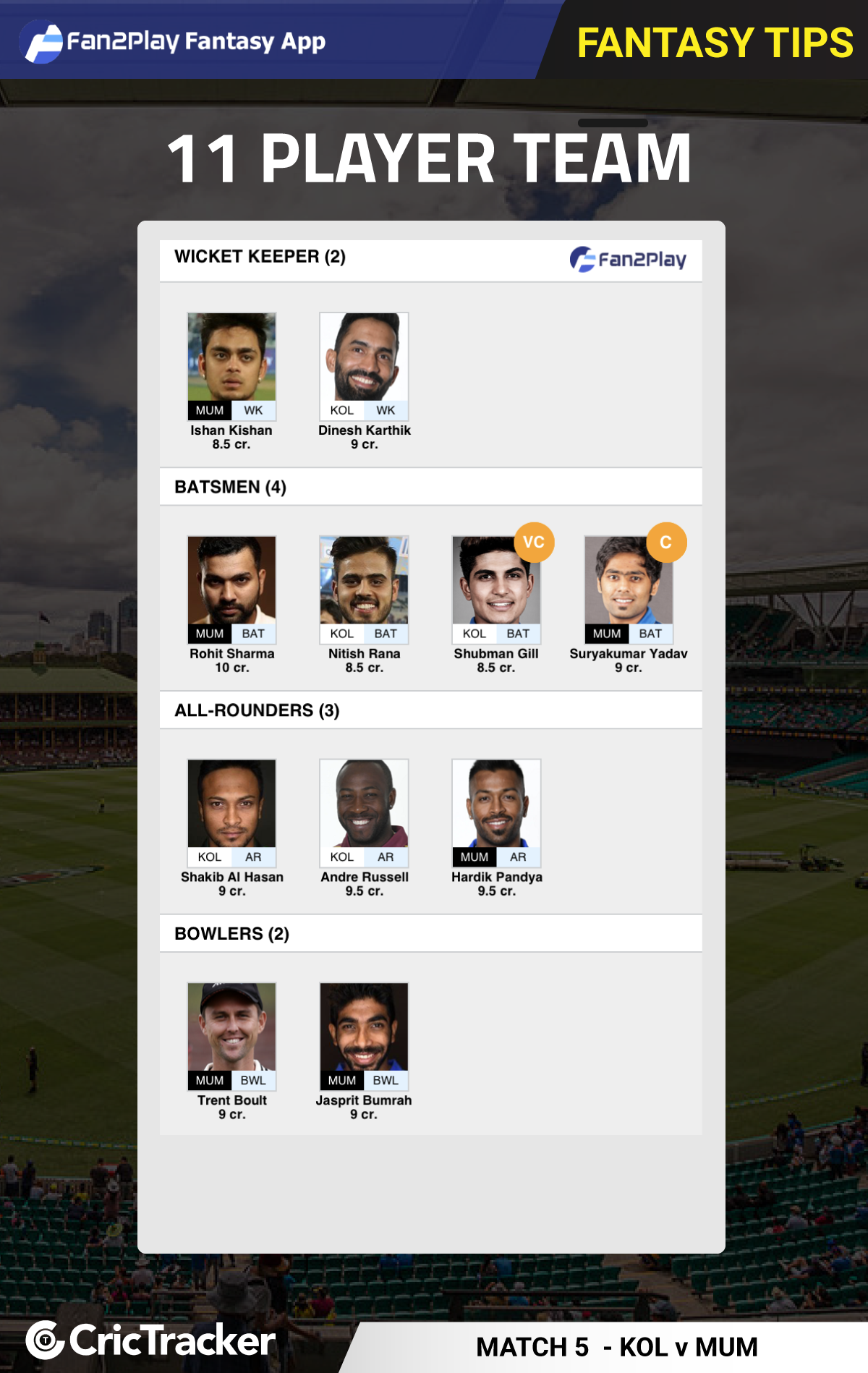