International captains and their salaries 2020

International captains and their salaries 2020

Which captain earns the most?

Hence, here let’s look at most international captains and the salaries they earn from their respective cricket boards.

(Note – The salaries of the players have been taken from different websites and CricTracker doesn’t claim the figures to be exact.) 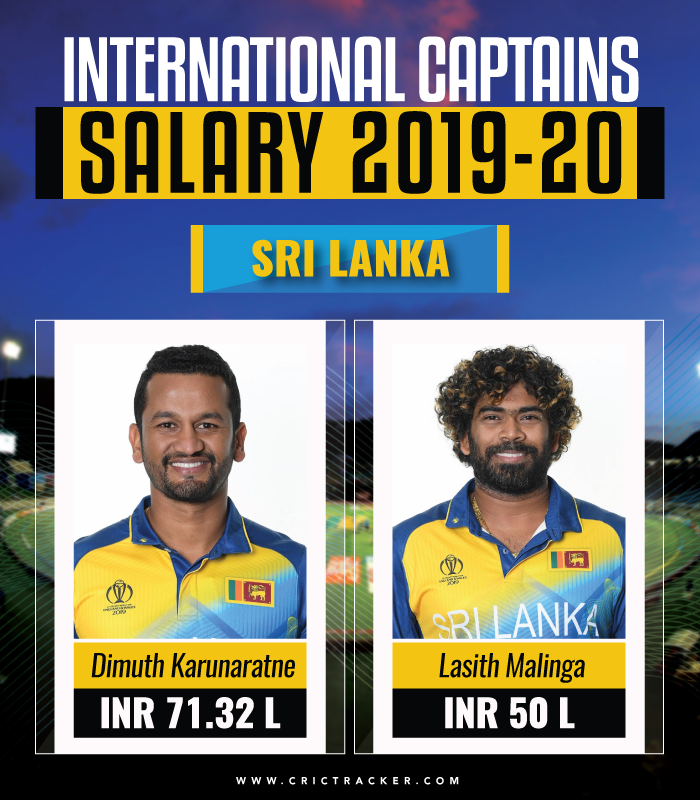 Till March 2019, Sri Lanka were constantly chopping and changing captains. However, the Test series win in South Africa led to the appointment of Dimuth Karunaratne as captain in the ODI format as well. However, things quite haven’t worked out that well in the 50-over format. They’ve blown hot and cold even in Test cricket and T20Is.

But it is Lasith Malinga who is leading the side in T20I cricket. He has proved that he can do the job and he still is the leader of the attack and Sri Lanka’s premier fast bowler. In fact, he is arguably their best bowler.

Both Malinga and Karunaratne have been centrally contracted with the Sri Lankan cricket board. The latter isn’t the highest earning but he does earn more than Malinga as he leads in two formats. Karunaratne earns $100,000 yearly while Malinga receives an annual salary of $70,000.