A motivated bunch – Sunrisers Hyderabad will take on high-on-confidence Kings XI Punjab in their return leg at Hyderabad. The last time the two sides met KXIP handed SRH a 15-run defeat and the latter will be looking to avenge that and keep the momentum going to start another winning streak. However, for SRH to execute that will not be easy considering the blistering form KXIP as a team and their players are in.

Despite being the best bowling side in the tournament, the SRH attack had no answers to the Gaylestorm that took over that day. Before the start of the tournament, Sunrisers were the dark horses among the much talked about Chennai Super Kings, Mumbai Indians, Kolkata Knight Riders and Royal Challengers Bangalore but after putting on one stellar show after another, Kings XI have done an exceptional job to be another addition in the dark horses’ list.

Time for Mayank Agarwal to step up

He was in exceptional form in the domestic season and the way he was batting in the last few games seemed like he had all plans of translating that in the Indian Premier League (IPL). However, his stay on the field in all the six games has been short-lived. Despite his rich form, his longest stay on crease has been a 30-run knock. Everybody who backed him, in general, has been particularly upset about the fact that he has been throwing his wicket away after the promising starts.

Expect that to change. Why? There is a certain Manoj Tiwary waiting in the dugout to have a go. He had a memorable domestic season as well. While a like-for-like replacement would have been replacing him with Yuvraj Singh who has looked out of sorts as well. Someone will have to get the axe if they don’t start contributing.

Kaul on a spree

Six games and 9 wickets, Siddharth Kaul has been on the rise for SRH this season. In the absence of Bhuvneshwar Kumar in two games, he stepped up to take 2/29 in the first encounter against Mumbai Indians and 3/23 in the second encounter against the same opposition. Expect his consistent contribution of a wicket or two to continue.

With or without Bhuvi, Sunrisers are still a formidable bowling attack but they need to come good against Kings XI Punjab who are an excellent counter to their bowling. Expect some restraint in Kaul’s behaviour too since he was reprimanded for breaching the Code of Conduct against Mumbai Indians at Wankhede. 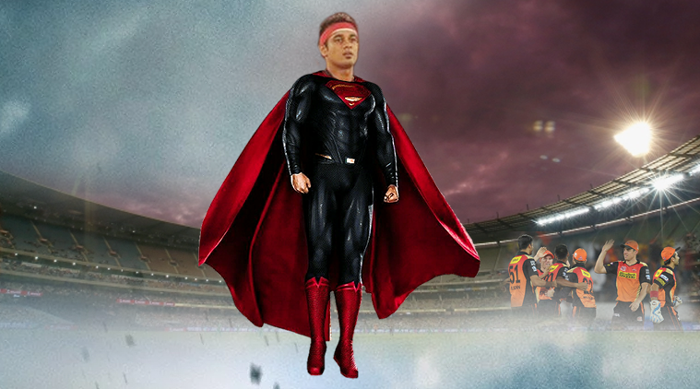