IPL 2019: Match 16, DC vs SRH, Review – Jonny Bairstow catapults the visitors to a win in a tricky chase

IPL 2019: Match 16, DC vs SRH, Review – Jonny Bairstow catapults the visitors to a win in a tricky chase

The win for SRH would have been impossible without Bairstow.

The Sunrisers Hyderabad (SRH) have added another two points to their tally after the brilliant win against the Delhi Capitals (DC) at the Feroz Shah Kotla in New Delhi. The bowlers performed extremely well for the visitors and helped restrict the opposition to a low score. Then, English cricketer, Jonny Bairstow guided the Sunrisers to a comfortable victory by five wickets.

He carried on with his good form in the tournament and provided the team with a reliable start once again. Since he started well for the team, SRH managed to get over the line with ease. Mohammad Nabi was great for the ‘Men in Orange’ in this game. The Afghan all-rounder picked up two wickets and finished the game for his team with a four and a six. With this win, the Sunrisers moved upto the top spot on the points table.

Delhi batsmen failed to apply themselves on a tough surface

The Sunrisers were without Kane Williamson in this game as well and thus Bhuvneshwar Kumar led the side yet again. The pacer decided to bowl first after winning the toss on what was an unpredictable pitch. However, the Delhi batsmen failed to apply themselves well. Both the openers walked back to the pavilion for cheap scores.

While Prithvi Shaw was bowled by Bhuvneshwar for 11, Mohammad Nabi dismissed his former teammate Shikhar Dhawan for 12. Rishabh Pant, like in the last few games, was absolutely reckless with his batting. He came in with a lot of overs left. Yet, he decided to go for an absurd big hit off the bowling of Nabi and holed out to the fielder in the deep.

Skipper Shreyas Iyer was the only man who did well for the hosts. He assessed the conditions well and scored almost a run-a-ball 43. With a 13-ball 23, Axar Patel finished things off on a decent note for the Capitals as they finished with 129/8 after 20 overs. Bhuvi, Nabi and Siddarth Kaul picked up two wickets each for the Sunrisers.

While every batsman struggled on this track, it seemed as if he was batting on a road when Jonny Bairstow was in the middle. He smashed 48 runs from just 28 balls, hit 9 fours and one six in his innings as he virtually finished the game for his team. David Warner initially played the second fiddle to Bairstow. After he got out, he couldn’t really get going.

He consumed a few deliveries before the frustration kicked in. He smashed one delivery straight to a fielder after scoring 10 off 18 balls and suffered a rare failure. The weakness of the SRH middle-order was exposed in this game once again. Vijay Shankar, Manish Pandey and Deepak Hooda – all failed to deliver during crunch situations. They only scored 16, 10 and 10 runs respectively subjecting the team to a lot of pressure.

The Delhi bowlers, led by Rahul Tewatia, came back strong and took the game deeper than expected. However, SRH had two experienced campaigners in the form of Yusuf Pathan and Mohammad Nabi in the middle towards the end. They didn’t let the pressure get the better of them and completed the game with ease. 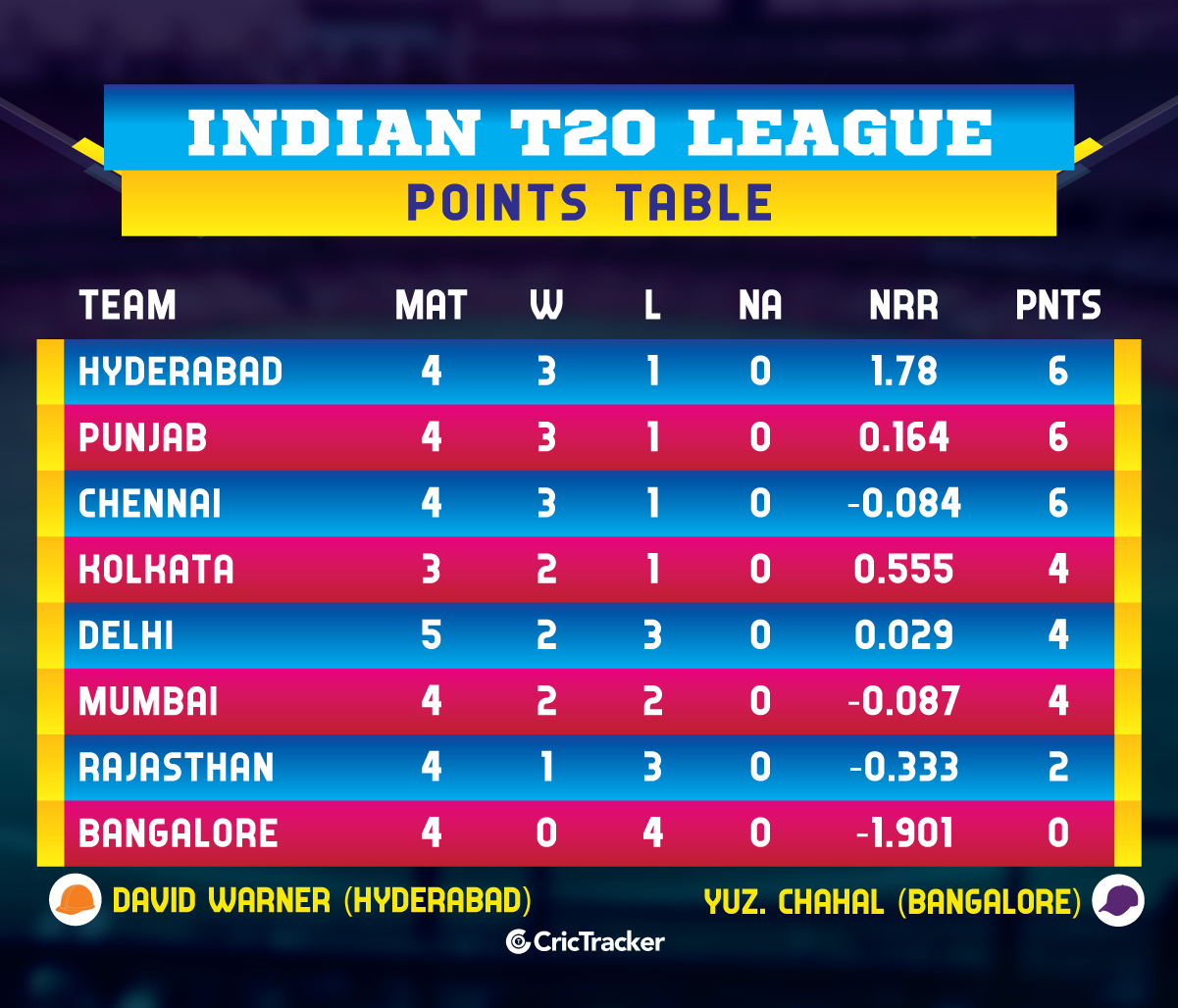