Player Auction for the IPL 2019 is set to be held in Jaipur on 18th December 2018 starting at 3:30 PM IST in Jaipur were the teams will go in with an objective to fill up the gaps in their squads. The eight franchises – Chennai Super Kings, Delhi Capitals, Kings XI Punjab, Kolkata Knight Riders, Mumbai Indians, Rajasthan Royals, Royal Challengers Bangalore and Sunrisers Hyderabad will have a chance to buy the players they deem fit to complete their squad to a maximum strength of 25.

A total of 350 players have been shortlisted for the IPL 2019 player auction out of the 1000+ players who had registered themselves for the event. The full list of 351 players comprises of 228 Indian players and 123 overseas players from 12 countries. However, given the squad compositions after the player retention and release – a maximum of 70 players have a chance to be picked by the franchises of which a maximum of 20 can be overseas players. 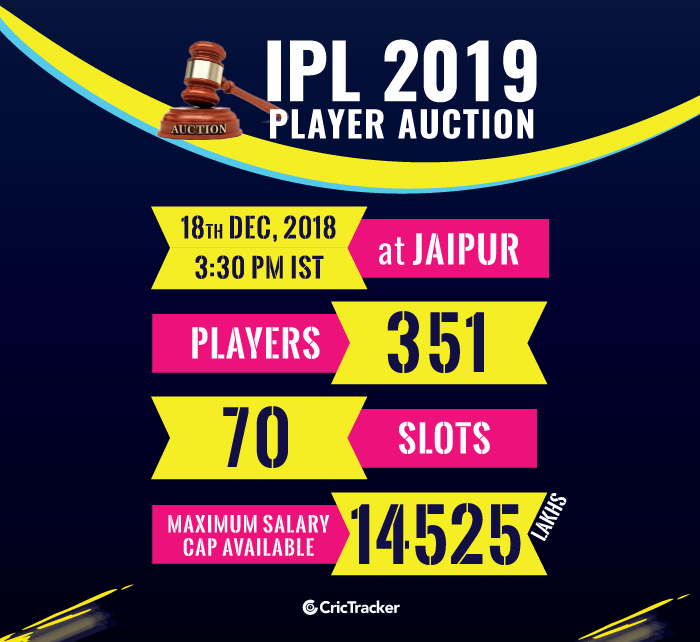 The Delhi franchise changed their name from Delhi Daredevils to Delhi Capitals and will want to bring about a change in their fortunes as well. The defending champions, CSK on the other hand, are expected to spend most of the time watching others in action at the auction table. 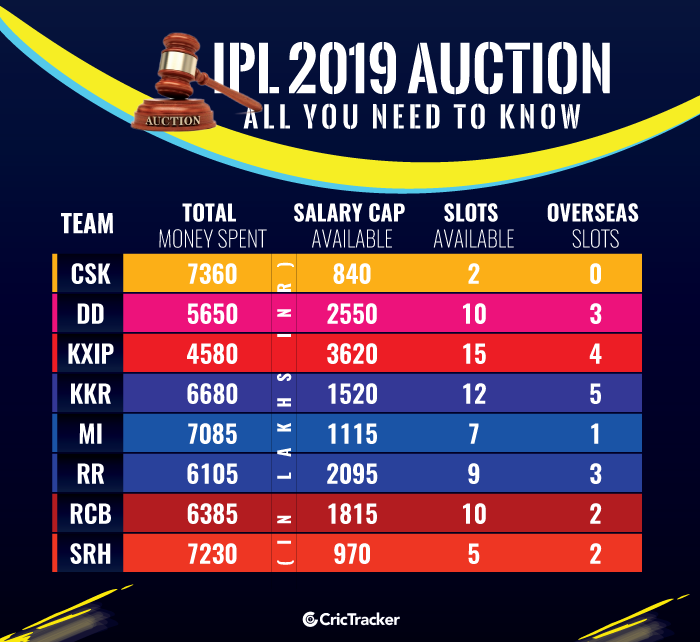 The Chennai franchise has INR 840 Lakhs in their purse but can only buy two players and both have to be Indians since they’ve already reached the maximum limit of 8 overseas players in the squad. The Kings XI Punjab will be the most active member at the auction as they have INR 3620 Lakhs in the bag and will want to sign up as many as 15 players. The Punjab franchise retained only ten players from the previous edition.