IPL 2020: Has MS Dhoni become a liability for CSK this season?

IPL 2020: Has MS Dhoni become a liability for CSK this season?

MS Dhoni might have turned into a liability for Chennai this season, both with the willow and as a leader. But, how many of us are ready to admit it? 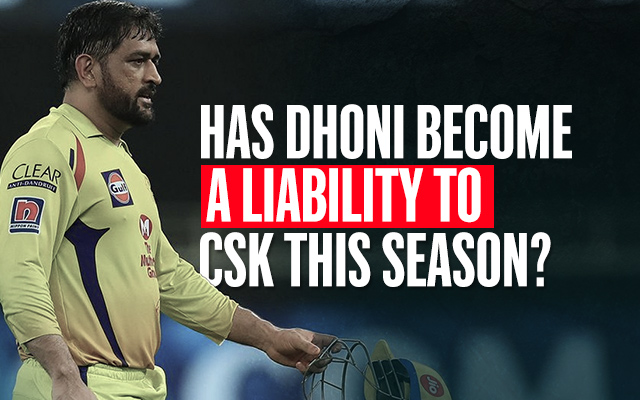 If someone had told you that the Chennai Super Kings side would be languishing at the bottom of the table when the 13th edition of the IPL started, you would have probably shrugged it off as a mere joke. If someone had told you that fingers would be pointed at MS Dhoni for his captaincy and his inability to score runs with the willow, you would have thought that the person is insane.

But then, as we near the business end of the tournament, the three-time IPL champions are languishing at the bottom of the table. The team is in complete disarray, and a certain ‘Captain Cool’ has been receiving flak for his dismal performances with the willow and baffling moves as the skipper of the Chennai outfit.

So, why are Chennai struggling miserably this season? Why has Dhoni not been able to produce even a single match-winning knock so far in this edition of the IPL?

MS Dhoni’s struggles with the bat 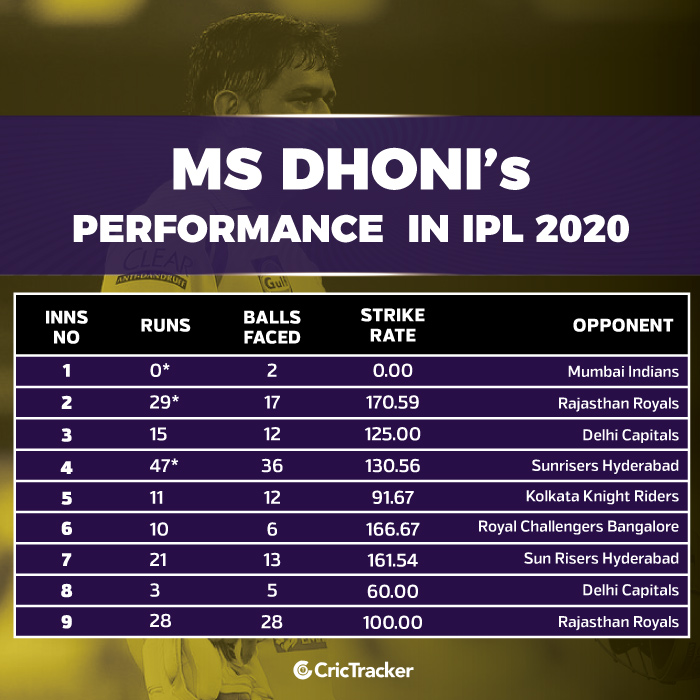 From the above table, we can see that Dhoni has definitely struggled with the willow this season. In the 9 innings that he has played, only once has the veteran crossed the 30 run mark. Also, in as many as 5 innings, Dhoni has failed to cross the 20 run mark. He averages an underwhelming 27.33 in this edition and has managed to aggregate just 164 runs in the tournament so far.

But more than that, Dhoni has failed to play even a single match-winning knock in this edition so far. There is no doubt that Dhoni has been hoodwinked by Father Time, and has been unable to press on the accelerator when the need has arisen.

Also, what has been completely baffling have been his moves as the skipper. Dhoni has been receiving flak for the players he has picked in the playing eleven and backing nonperformers in the side. Kedar Jadhav has had a horrendous tournament, but still, Dhoni has continued to back him, game after game. Jadhav averages a miserable 20.67 in this IPL, and his strike rate is just 93.94 in the tournament. Dhoni has refused to give opportunities to youngster Jagadeesan, who showed ‘spark’ in his only innings this season, where he scored 33 against the Royal Challengers Bangalore.

Dhoni’s continuous backing of Piyush Chawla has also defied logic. In the 7 matches that Chawla has played this season, he has picked up just 6 wickets. Chawla’s economy rate is a high 9.10 in this edition, and he averages 31.83 with the ball.

In fact, Dhoni justified his decision not to give youngsters an opportunity by saying that they did not show spark. And, this comment of his has come under severe criticism from the cricketing world. Former Indian batsman Kris Srikanth has lambasted the CSK skipper by saying that Dhoni himself has lacked the spark. This is exactly what Srikanth had to say. 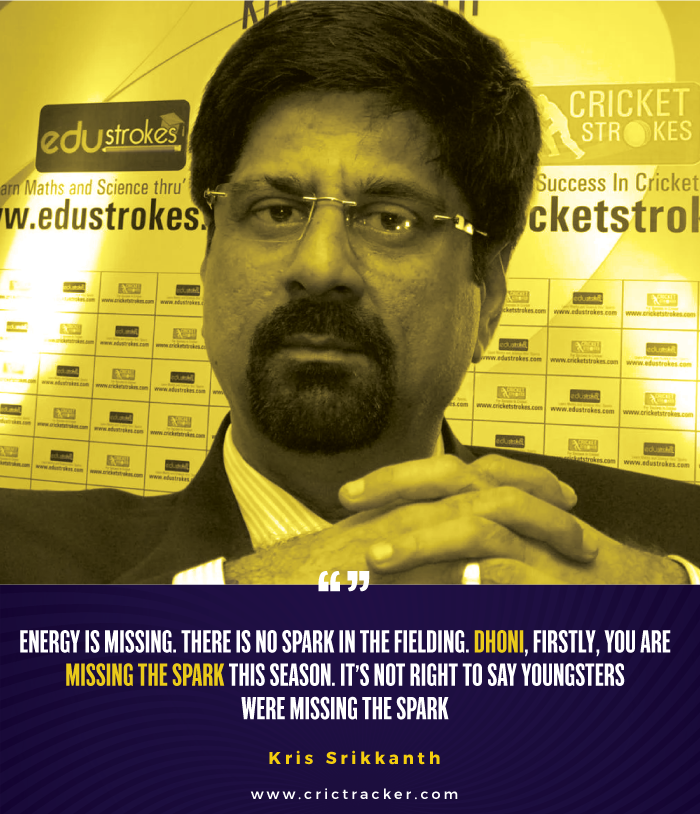 Has Dhoni become a liability to CSK this season?

It might be hard to admit, but Dhoni has just not shown ‘intent’ this season. He has been refusing to change his tactics as a leader and has also refused to change his team combination in spite of the team’s shoddy performances. And, his performances with the bat too, have been very mediocre.

Yes. In a country that venerates its players and worships them for their deeds on the field, Dhoni occupies an exalted pedestal. And, it is this very pedestal that has been accorded to him that might ultimately turn out to be a bane for Chennai.

Dhoni might have turned into a liability for Chennai this season, both with the willow and as a leader.

But, how many of us are ready to admit it?

Note: All stats have been taken from Howstat cricket and have been updated as of 21st October 2020