Mumbai Indians had a near-perfect match against the Kings XI Punjab on Thursday.

Mumbai Indians jumped on to the top of points table as the defending champions recorded a 48-run win against the Kings XI Punjab. Some sensational batting in the last six overs and a collective bowling effort saw the Mumbai franchise cruise to their second win in four matches in IPL 2020. Rohit Sharma started well after been put into bat but slowed down in the middle overs as the KXIP bowled tight lines. But in his usual way, Rohit smashed 27 runs in the last seven balls he faced to finish with 70 off 45 deliveries.

His knock earned a rating of 13.43 as per the CricTracker’s match impact ratings. Quite interestingly, Rohit’s effort was the 3rd best in MI’s innings on Thursday. Kieron Pollard smashed an unbeaten 47 off just 20 balls smashing four sixes and three fours. His knock earned the highest impact rating of the match and his 26.28 contributed to the highest impact created by any player in the match. It was the reason why Pollard was preferred as the player of the match. 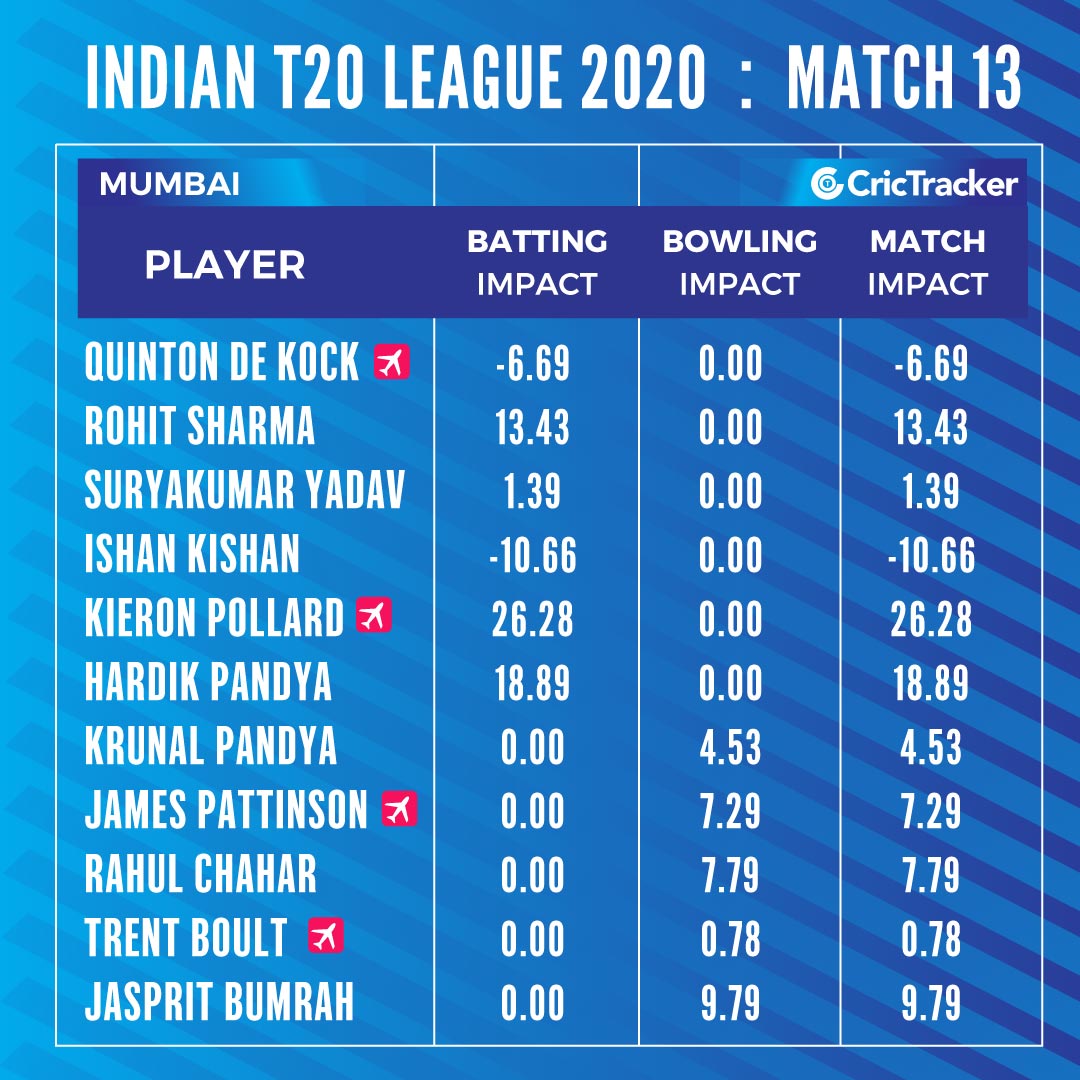 Hardik Pandya, who has had a quiet IPL 2020, smashed an unbeaten 30 in only 11 balls helping him to earn an impact rating of 13.43. Ishan Kishan, the last match’s star for Mumbai Indians, scored only 28 off 32 balls with just two boundaries. As a result, he ended up bagging a negative impact rating of -10.66. However, Ishan impact doesn’t read the lowest in the match as Glenn Maxwell turned up with an ultraslow knock. Maxwell scored 11 runs in 18 deliveries without a boundary which earned him an impact of -12.43.

Nicholas Pooran was the only guy who looked like chasing down the target after the initial overs. He scored 44 off 27 balls with five boundaries while batting at No.4 which had an impact of 11.82. Jasprit Bumrah’s performance was the biggest positive for Mumbai Indians from this game as he bounced back with analyses of 4-0-18-2 that included the wickets of Mayank Agarwal and Jimmy Neesham. This bowling performance of Bumrah had an impact of 9.79 which was the highest for any bowler. 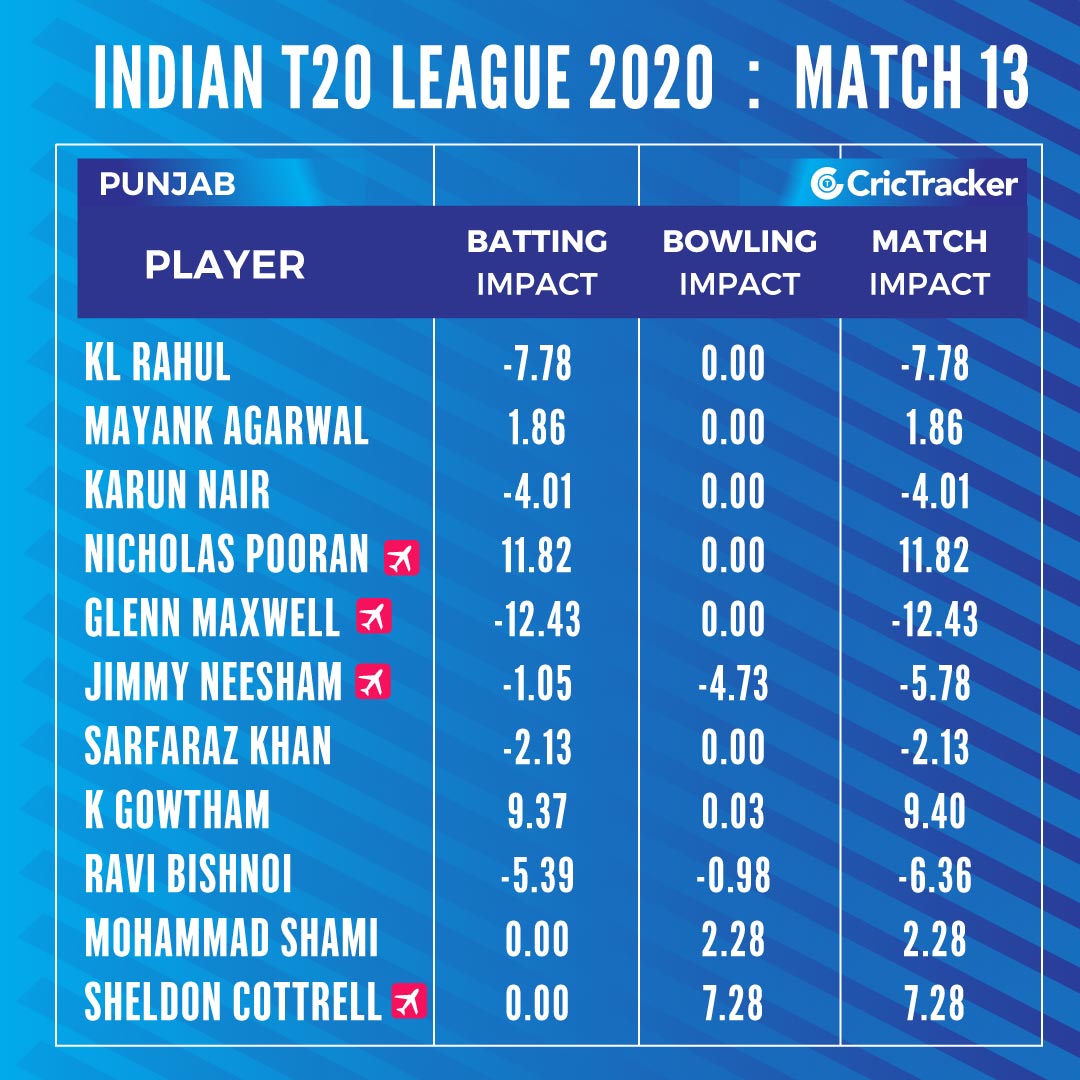