Eoin Morgan and Rahul Tripathi kept the Knight Riders in the hunt towards the end.

Delhi Capitals got the better of Kolkata Knight Riders by 18 runs on Saturday in yet another high-scoring thriller at the Sharjah Stadium. 200+ totals have been recorded by both the teams played in all the three matches hosted by Sharjah. Delhi’s total of 228/4 turned out to be a bit too high in the end for Knight Riders. The partnership between Shreyas Iyer and Rishabh Pant was crucial in powering the Delhi Capitals to a record total.

The duo added 72 runs for the 3rd wicket in just 31 deliveries with just one dot ball; the wicket of Pant. Iyer, who finished with an unbeaten 38-ball 88 earned a match impact of 19.57 while Pant got a batting impact of 14.52 for his 38 off 17 deliveries. Given the way runs have been scored at the Sharjah stadium, Prithvi Shaw’s 41-ball 66 turned out to a slower one as he earned a negative impact of -3.79 for his knock.

Kolkata Knight Riders’ big chase was banked on three contributions only which is why they fell apart despite conditions in their favour to create history. Nitish Rana scored a 35-ball 58 early on while which got an impact of 3.61 only. But it was the pairing of Eoin Morgan and Rahul Tripathi towards the end which pulled KKR back into the game. The duo faced 30 balls between them and ended up smashing 78 runs for the 7th wicket. 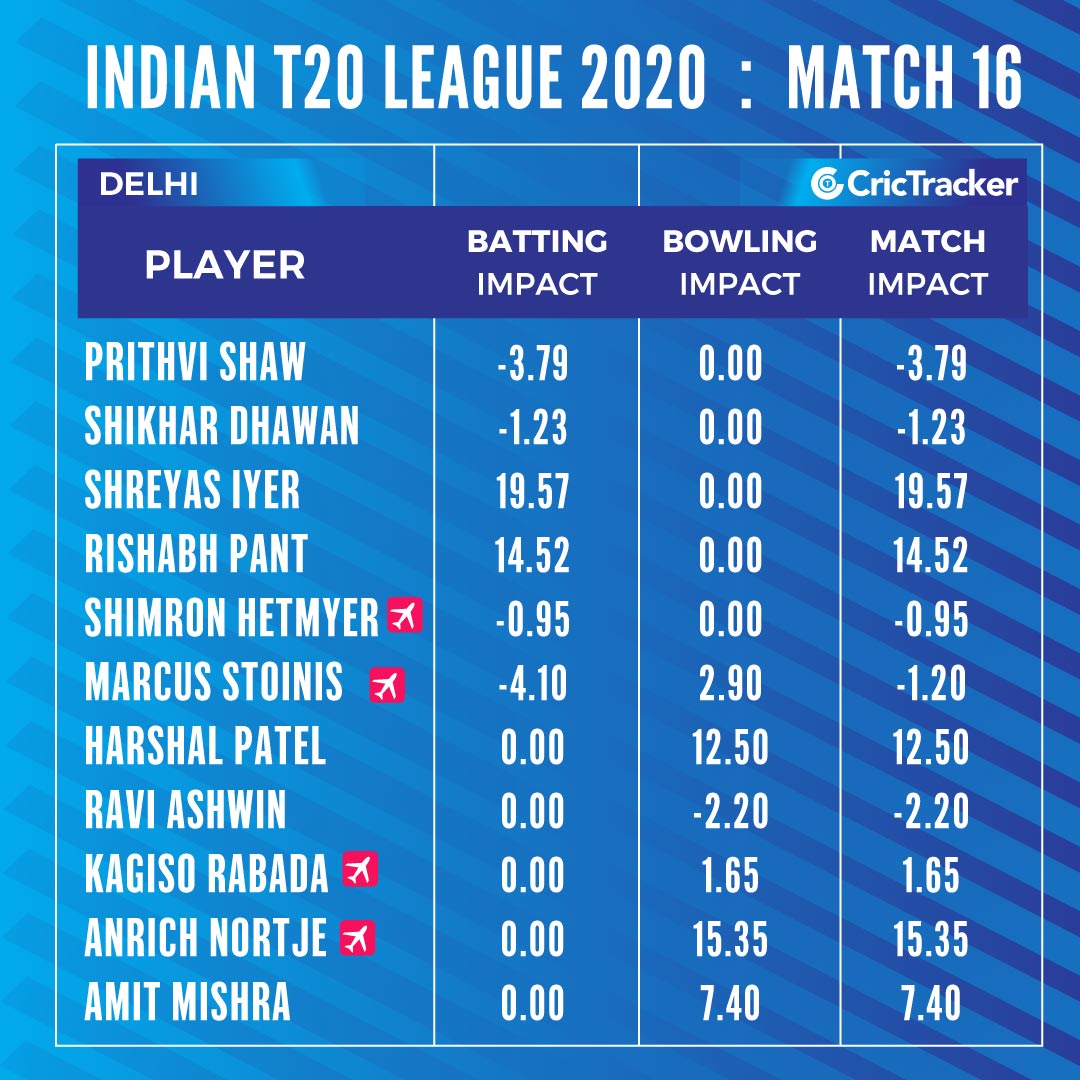 Morgan’s 18-ball 44 held an impact of 22.78 while Tripathi got an impact of 17.68 in his first appearance of IPL 2020. Despite the bowlers received trashing during the game, not many of them returned with a negative impact. In fact, as many as three bowlers in this match earned an impact rating over 10. The first of them was Andre Russell who kept the likes of Shreyas Iyer quiet and also took a couple of wickets.

Russell ended with the game with an economy of 7.25 for his 29 runs in four overs for which he earned an impact of 11.75. Harshal Patel (12.50), in his first match of the season, turned the game into Delhi Capitals’ hands by dismissing Rana and Dinesh Karthik on successive deliveries. Anrich Nortje (+15.35) claimed a 3-wicket haul which included the wicket of Morgan in the penultimate over where only five runs were scored. 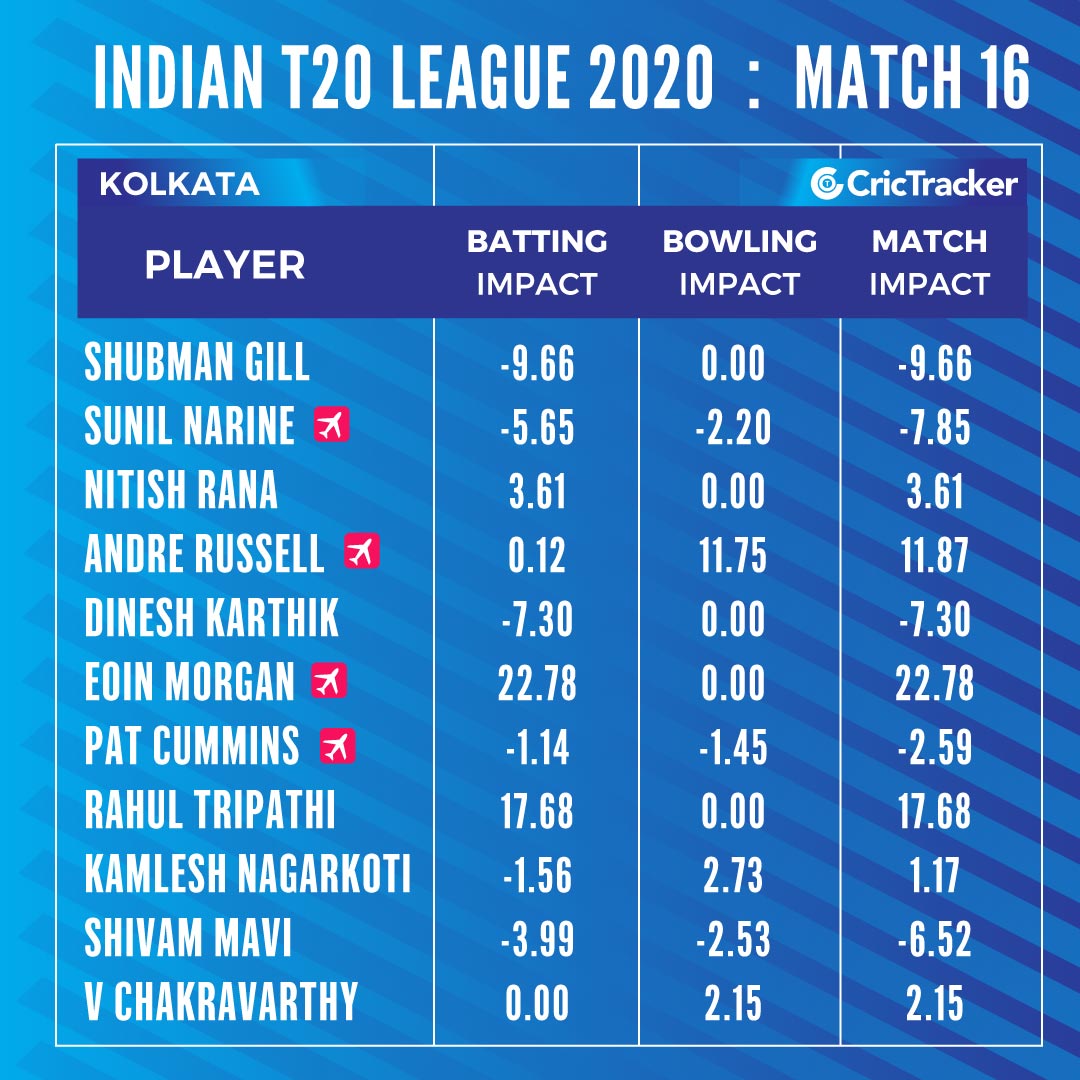