Delhi Capitals moved on to the top of the points table yet again as they thumped the Royal Challengers Bangalore by a huge 59-run margin on Monday. Delhi Capitals were blessed by quite a lot of impactful performances through the match but the one from Marcus Stoinis stood out. Stoinis arrived at the crease when the DC’s run rate dropped under eight from being 10 in the powerplay.

Stoinis then smashed six fours and two sixes on his way through to an unbeaten 53 from only 26 deliveries. Stoinis’ knock earned an impact rating of 25.31 as per CricTracker’s Match Impact Ratings which was almost twice of the player with next best impact in this match. The game began with Prithvi producing a blinder of knock taking on the RCB bowlers. The young opener struck 42 runs in only 23 balls with five fours and two sixes as the Delhi franchise got 63/0 in the powerplay itself.

His inning got an impact rating of 13.10 while Rishabh Pant’s 37 off 25 balls was rated at little over 8 due to his 79-run partnership for 4th wicket in 41 deliveries. Later, it was Delhi Capitals’ bowlers who made the important contributions in limiting the RCB down to a low total. Kagiso Rabada, who claimed four wickets including one of Virat Kohli, now has taken 30 wickets from his last 12 IPL games. 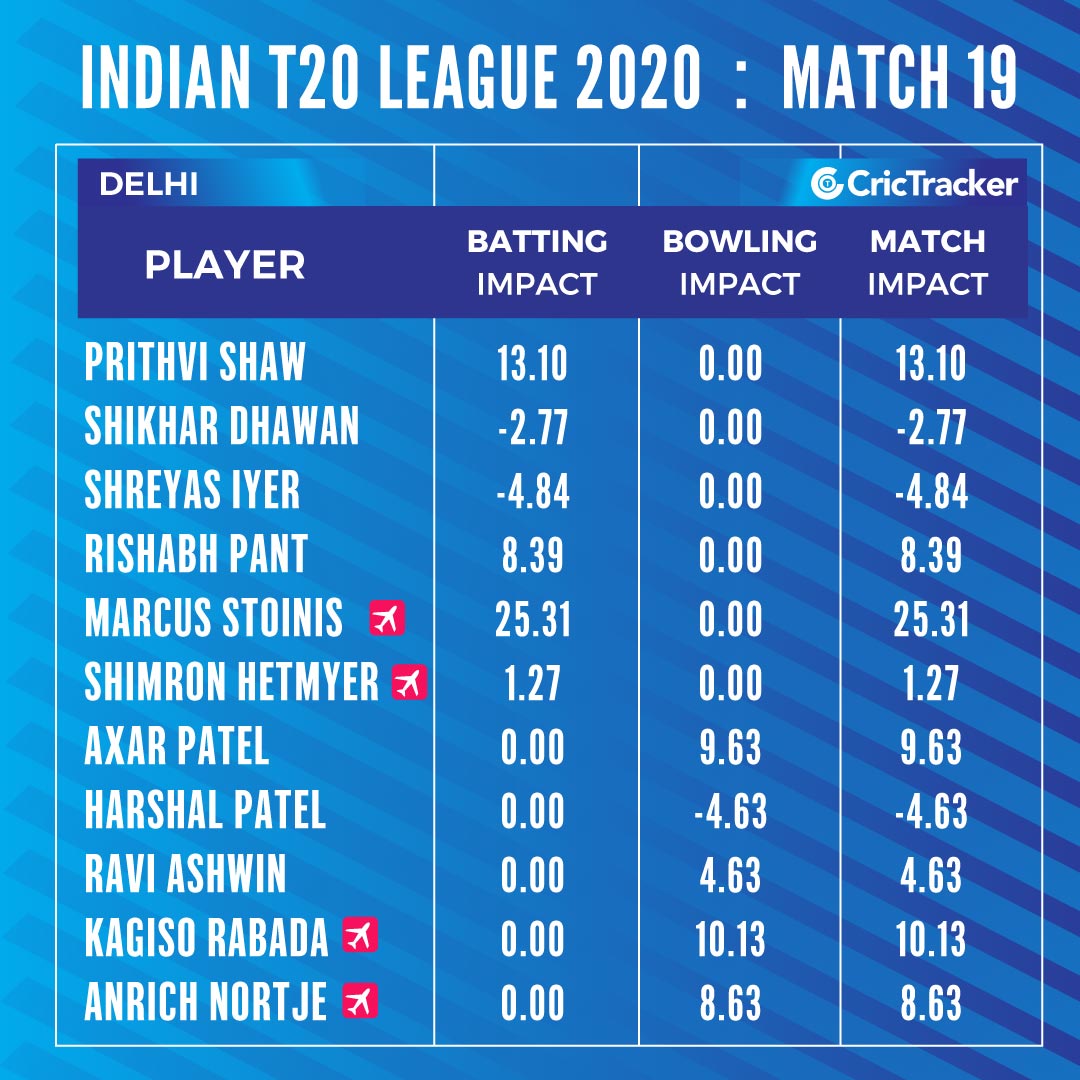 On Monday, his 3rd 4-wicket haul in the IPL fetched Rabada an impact of 10.13 which could have been higher had he picked wickets upfront. Anrich Nortje and Axar Patel were economical through their four overs and also picked up the wickets of overseas batters AB de Villiers, Aaron Finch and Moeen Ali. Nortje earned a bowling impact of 8.63 while Axar Patel earned 9.63.

Among RCB players, skipper Virat Kohli had a distasteful day as his 39-ball 43 got a negative impact of -11.7; the worst in the whole game. Navdeep Saini, who was taken for 48 runs in his three overs, got the worst impact of the match in the bowling department. Mohammed Siraj came as a surprise as he took the big wickets of Rishabh Pant and Prithvi Shaw to finish with +7.63 impact rating. 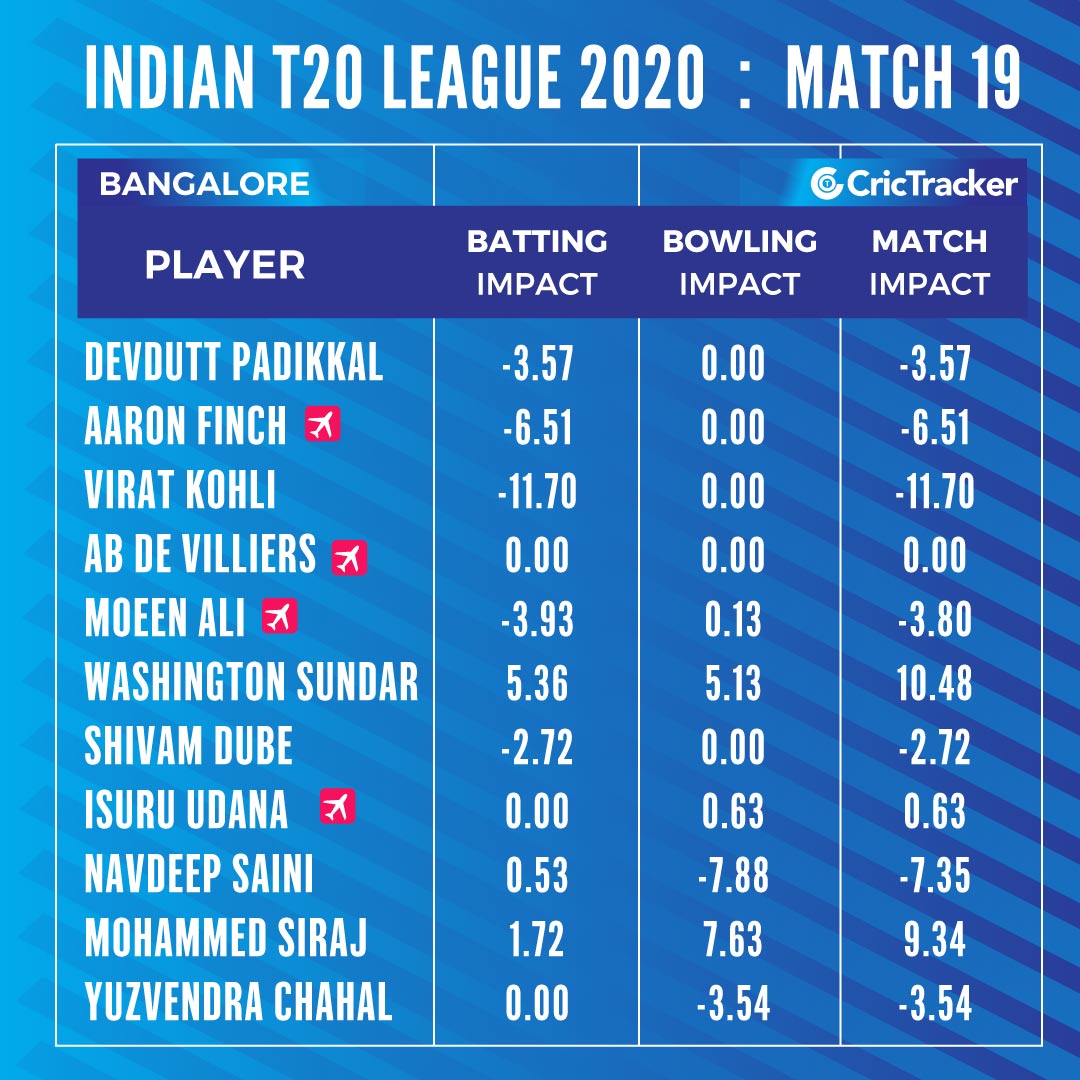