Will Sharjah witness yet another high-scoring match in IPL 2020?

Royal Challengers Bangalore have been going well in the tournament with eight points from six matches and now will be up against Kolkata Knight Riders at the Sharjah Stadium. The Knight Riders have been a bit lucky of late as they won defending in successive matches from a losing position. A win for either of the teams will put them alongside the table-toppers Mumbai Indians and Delhi Capitals.

Andre Russell has scored 323 runs in 9 innings at 53.83 average and 227.46 strike rate against RCB in the IPL. The West Indian smashed 32 sixes in those nine games at 4.4 balls per every six. At Sharjah, Russell could be too tough to handle for the Royal Challengers but not so with the current bowling unit. RCB roped in Chris Morris who has an impressive record in the IPL against Russell. 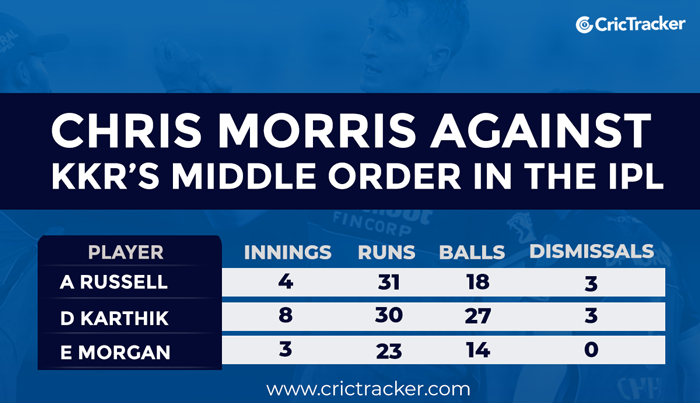 Morris bowled to Russell on four occasions in the league and dismissed him three times at the cost of 31 runs. Russell is doubtful for RCB vs KKR but even if he plays, RCB might be confident enough to tame the KKR’s star all-rounder. Morris has got a great record against Dinesh Karthik as well. The South African has dismissed the KKR skipper on three instances in eight IPL meetings.

Will Gill up the ante early on?

Kolkata Knight Riders were used to quick-fire starts in the last couple of seasons but things have changed this time around. In the absence of Chris Lynn, the KKR team has got Shubman Gill to open and Sunil Narine’s batting failures led to Rahul Tripathi’s promotion. In general, Tripathi has got a good record as an opener which he proved it against CSK with a brilliant knock. 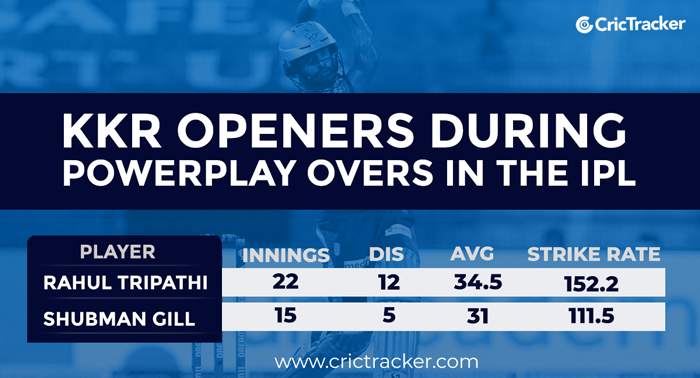 Rahul made most of the powerplay against the CSK bowlers but struggled against KXIP. Shubman has been a slow starter which could affect in the long run in case of Rahul gets out early on. At Sharjah during RCB vs KKR, Gill might be required to up his intent else he could end up denting the chances of the Knight Riders in posting a big total.

Sunil Narine received a warning regarding illegal action but is expected to play against RCB without any issue. The off-spinner is going to be crucial for KKR as he troubled the likes of Virat Kohli and AB de Villiers in the past. Kohli is on a streak of three consecutive 40+ scores while De Villiers struck two fifties in the tournament. If the pitch for RCB vs KKR remains on the slower side like during the RR vs DC game, Narine could end up getting the better of both Kohli and ABD. 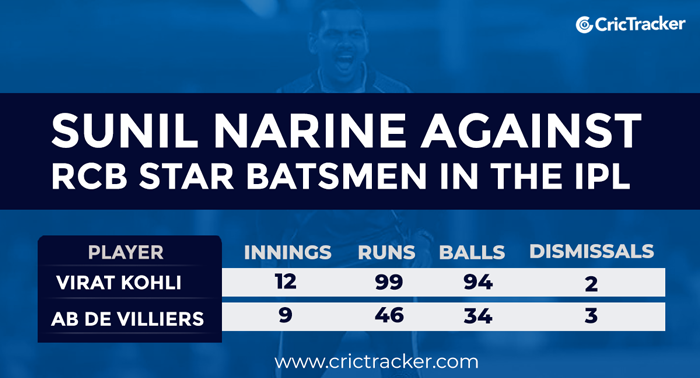