Change in Bangalore franchise's intent with the bat could be seen in the game against the Royals.

Virat Kohli’s intent during the middle overs (7-15 overs) has been questionable one as the RCB captain hasn’t looked for boundaries during this phase. In IPL 2020, Kohli has batted 151 deliveries during middle overs and scored only 165 runs at a strike rate of just 109.3. Only eight of those 151 balls were sent to the fence and a total of 104 deliveries been non-boundary scoring ones. Kohli has got a strike rate of 102.04 against spin during this phase, a reason why Glenn Maxwell got away with 28 runs in his four overs at Sharjah stadium. 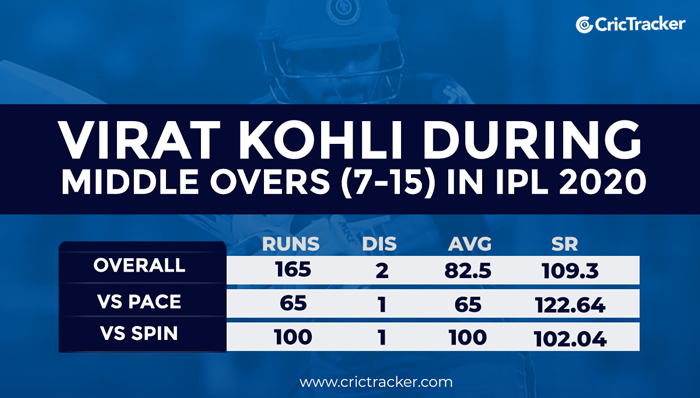 AB de Villiers needed to be shielded against Kings XI Punjab’s leg spinners in the last match, a move which didn’t go as expected and instead received wide criticism. The recent record of the South African batsman in the IPL does say a thing or two about his struggles against wrist spin. De Villiers has been dismissed eight times against the leg-spinners since the beginning of 2018 in the IPL. 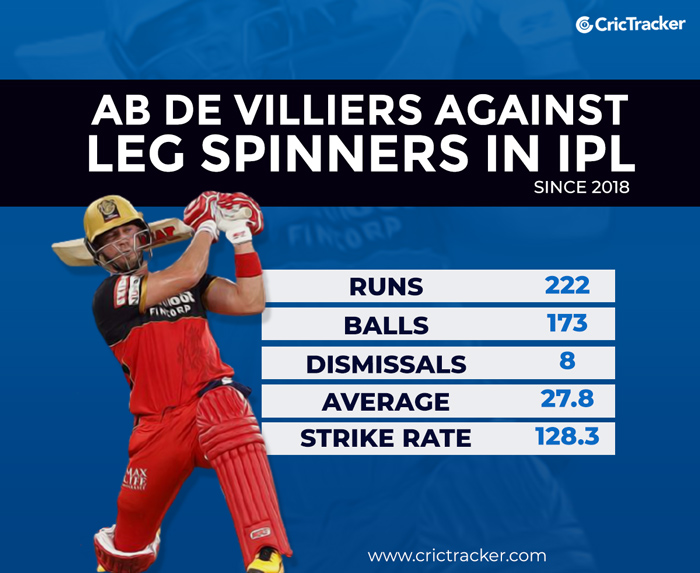 The RCB’s keeper-batsman has got an average and strike rate under 30 and 130 respectively against the leg spinner across the last three season. During the same phase, the overall record of ABD in the IPL is quite impressive as he averages 52.4 that too at a strike rate of 167. He will be dealing against Shreyas Gopal on Saturday against whom ABD has been dismissed four times in five innings during the IPL.

Jofra Archer is known for his death bowling skill but in IPL 2020, his spells with the new ball have been more crucial for the Rajasthan Royals. Though Jofra has picked only four powerplay wickets in the tournament thus far, his economy rate is only 4.71. The speedster has not allowed the batsmen to score runs in his bowling during field restrictions and put enough the pressure. Archer might be seen bowling three overs on the trot if Kohli and De Villiers walk in early on. Both the RCB batters don’t take many risks during the middle overs. 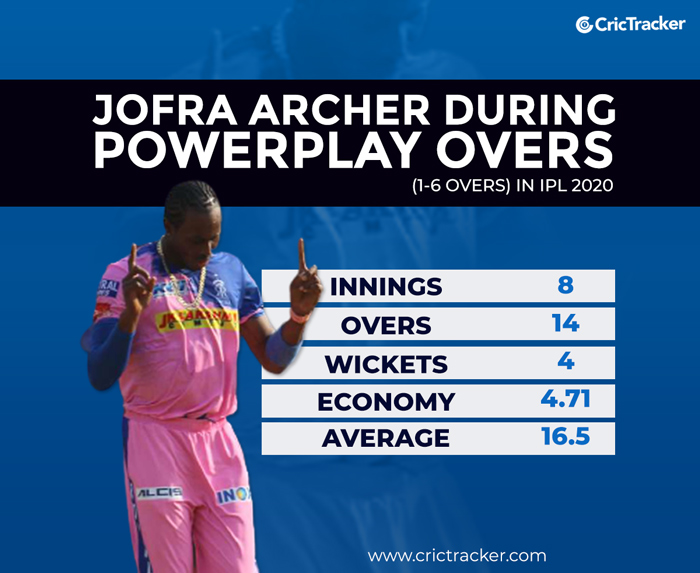