Sunrisers Hyderabad and Kolkata Knight Riders faced off in the first week of IPL 2020 in search of their first points. On Sunday afternoon, they will be locking horns in search of a crucial win which will put them alive in the playoff race. Knight Riders are fresh of an 8-wicket loss in the hands of Mumbai Indians after Eoin Morgan took up the captaincy from Dinesh Karthik. Sunrisers, on the other hand, suffered five defeats in eight matches they played thus far.

Morgan to raise his intent?

Eoin Morgan is currently the 2nd highest run-getter for the Kolkata Knight Riders in IPL 2020 with 214 runs averaging 42.8. Morgan has got a strike rate of 130.48 which is not usual of him but given his history of struggles in IPL, the current returns are quite good. 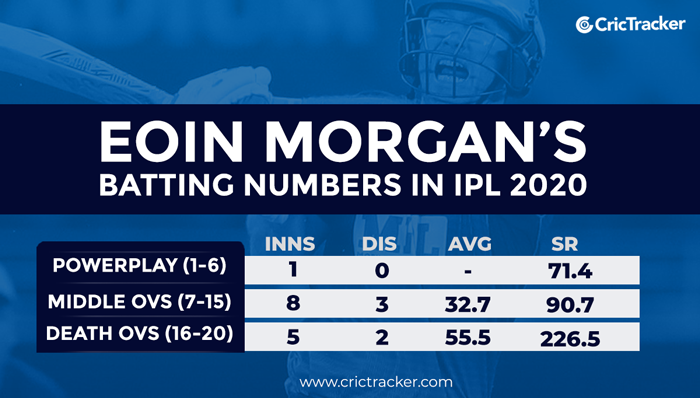 One thing Eoin Morgan would be hoping to improve in his own game will be his intent during the middle overs where he is striking at only 90.7. But during the death, the KKR skipper has amassed 111 runs at an impressive strike rate of 226.5. Hence, the Knight Riders would like to see an improvised performance from Morgan in SRH vs KKR.

David Warner’s success in the IPL was largely contributed by the success in the powerplay overs. Warner’s aggressive starts not only saw him get big scores but also Sunrisers Hyderabad getting big total despite having an ordinary batting unit. The IPL 2020 is the 6th edition of Warner in SRH colours but it is the first season where the southpaw held a strike rate under 130 in the first six overs. 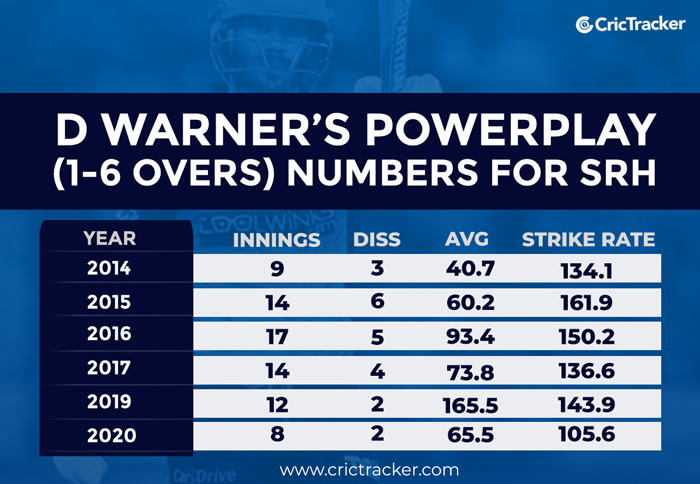 Warner’s powerplay average of 65.5 is also slightly lower compared to his previous season numbers. But the reason behind it is that he has not made enough runs in the first six overs this year as he scored only 131 runs during the powerplay overs across eight matches. If Warner can bat fearlessly at the start, the SRH team can surely play an extra overseas all-rounder. 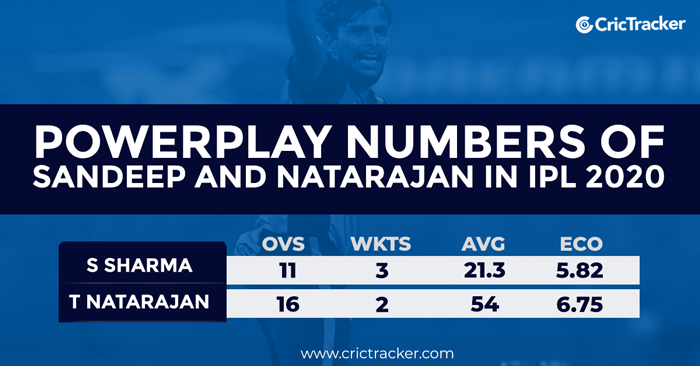