Rohit Sharma and Suryakumar Yadav made the difference for the Mumbai Indians.

Mumbai Indians produced a power-packed performance against the Kolkata Knight Riders to register their maiden win of the tournament by a margin of 49 runs. Skipper Rohit Sharma stepped up with the bat with a 54-ball 80 that included three fours and six maximums. Suryakumar Yadav’s 47 off 28 balls played a key role in taking MI’s total to 195/5 which turned out too heavy over the Knight Riders. A collective bowling effort by the MI bowlers kept down KKR to 146/9 only.

Rohit Sharma’s batting efforts have always helped Mumbai Indians to get over the line and same was the case with on Wednesday when he muscled the KKR bowlers. It was a typical Rohit knock who started slowly and reached his fifty in 39 balls while the last 15 balls faced yielded him 34 runs. Rohit’s knock got an Impact rating of 12.33 as per CricTracker’s Match Impact Ratings but wasn’t even the highest among the MI players. 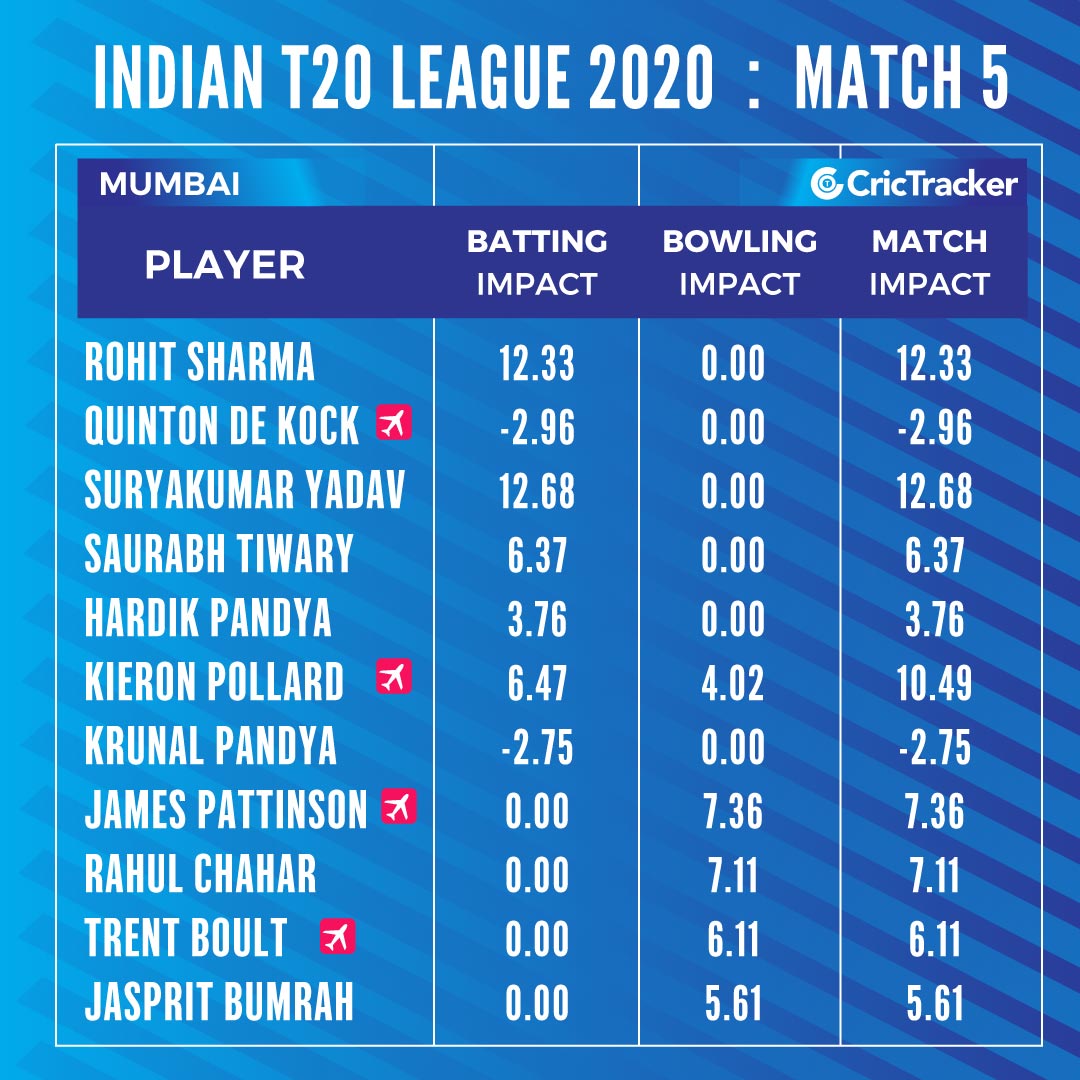 It was Suryakumar Yadav’s 28-ball 47 which earned the highest rating for the winning team as it got a rating of 12.68; only 0.35 more than that of Rohit. Yadav raced to 29 off 13 balls by end of the powerplay after smashing four boundaries in the 3rd over of the inning. But the batting performance with the highest impact in the game was recorded by Pat Cummins. The Australian pacer walked to bat at No.8 and ended up with a 12-ball 33 thanks to four maximums he struck in the bowling of Jasprit Bumrah.

The inning of Cummins earned an Impact rating of 14.01 but his efforts with the ball earned a negative impact of 7.91, the worst in the match. The most expensive bowler of the 2020 IPL, Cummins, got hit for 49 runs in his three overs. As a result, he finished with a match impact of 6.1 while no other KKR player even had an impact of 5 in the match. The impactful performance of the game was recorded by James Pattinson after Bumrah’s costly last over, saw a dip in his rating. 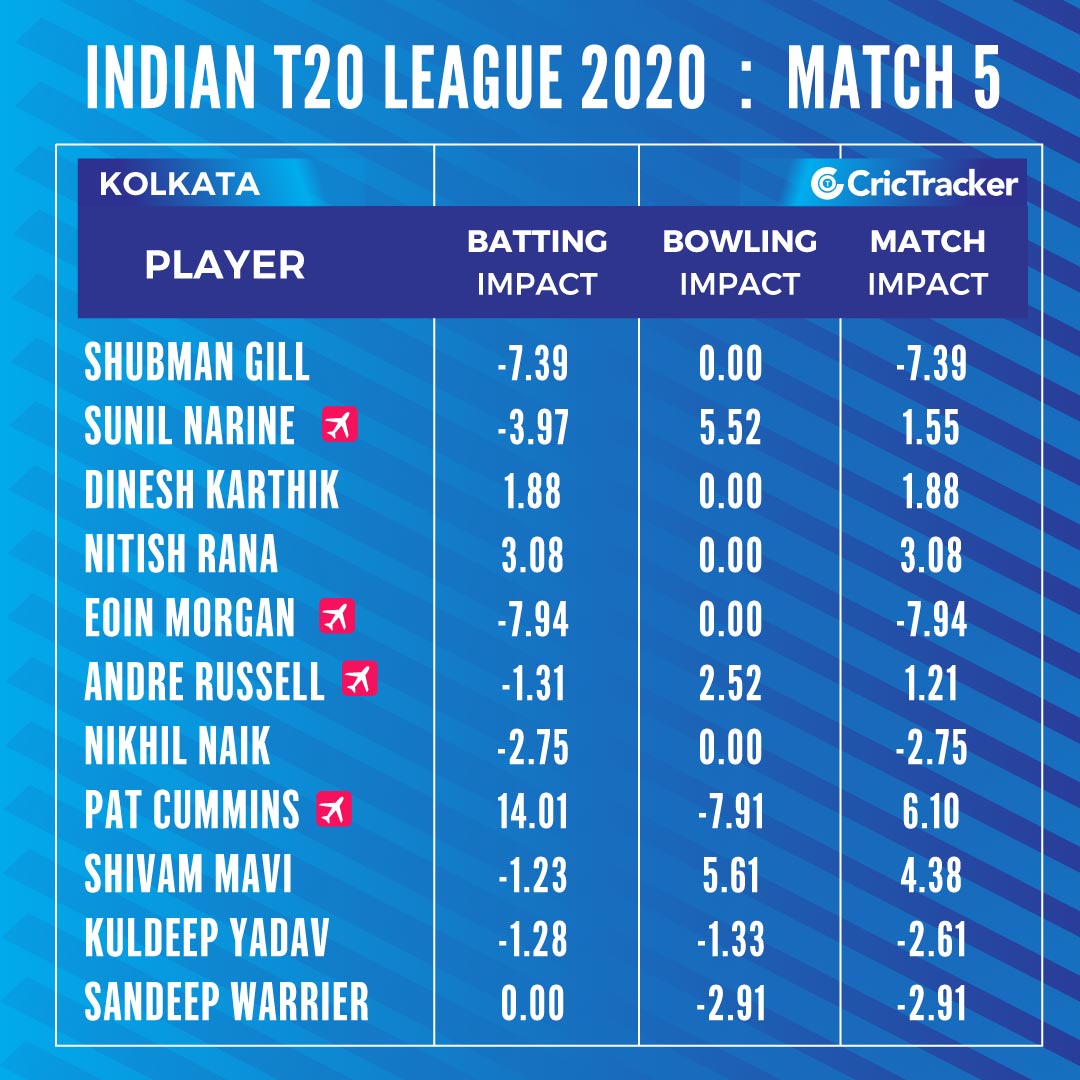