Can Sunrisers Hyderabad get their first points by getting better of KKR?

After the first week of the IPL 2020, only Sunrisers Hyderabad and Kolkata Knight Riders have not got their first points. The two teams will clash off on Saturday in hope of registering their first win. The Sunrisers stood on the edge of defeating Royal Challengers Bangalore on Monday before their middle-order collapsed dramatically. On the other hand, the KKR team were outplayed thoroughly by the defending champions Mumbai Indians earlier on Wednesday.

Can Narine make a comeback against Warner? 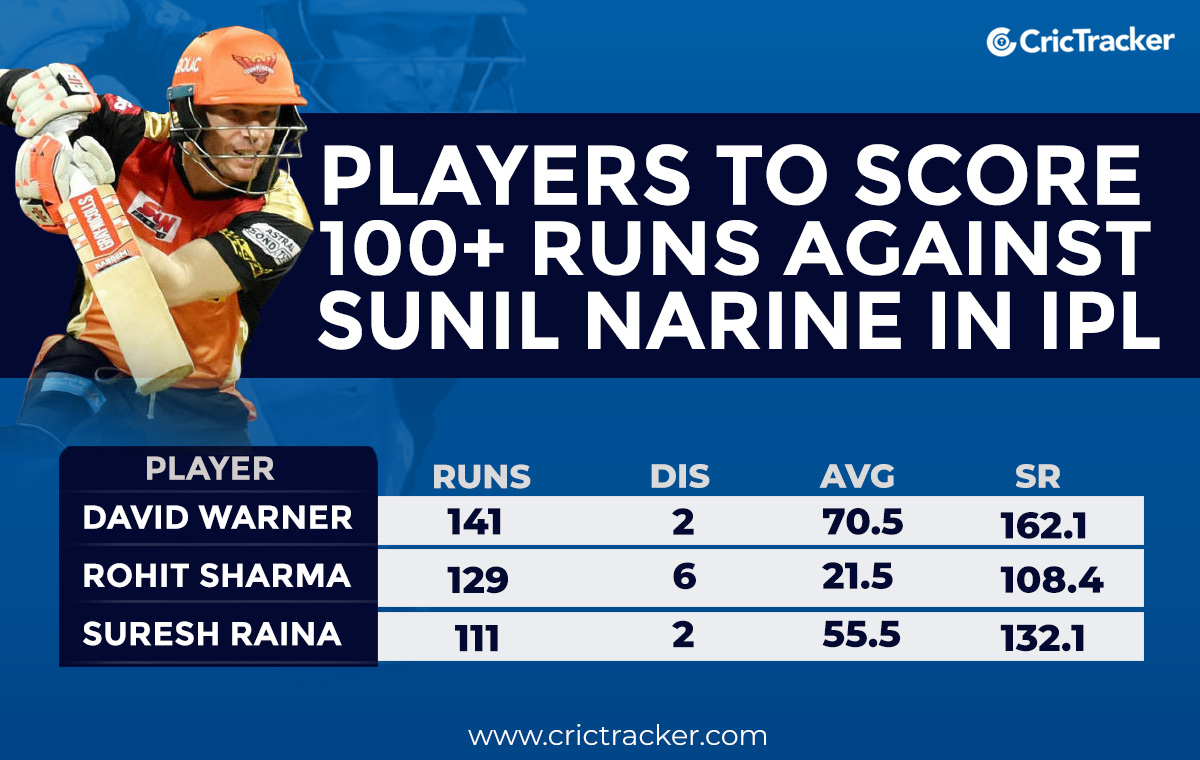 Who will stop Andre Russell?

Andre Russell had scored a couple of fifties during the Caribbean Premier League though they couldn’t help his team get past the winning line. However, he will remain crucial for the Kolkata Knight Riders in this IPL. Mumbai Indians did have enough plans to tame Russell which doesn’t seem to the case with the Sunrisers whom the all-rounder will face on Saturday. 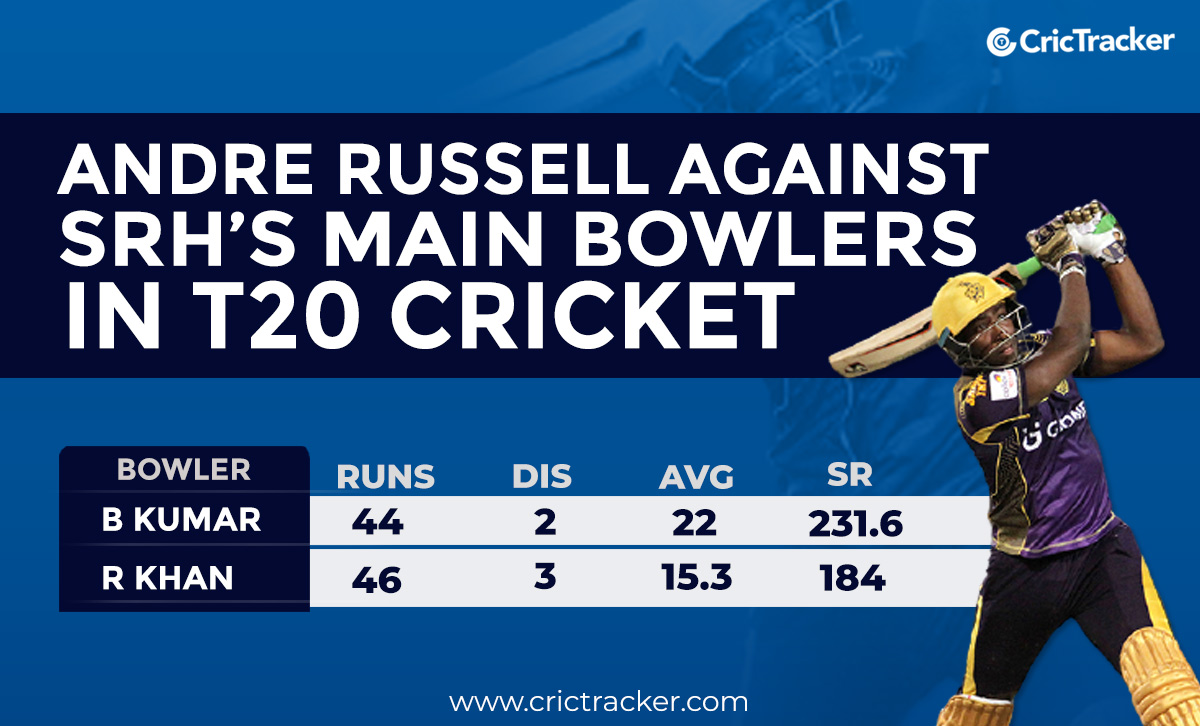 The two marquee bowlers in the SRH line-up, Bhuvneshwar Kumar and Rashid Khan do have modest success when it comes to the T20 format against the big man. Bhuvneshwar has got Russell twice for 44 runs but those runs were scored at a strike rate well over 200. Rashid has dismissed Russell once each in IPL, APL and CPL but also conceded at 180 strike rate. It will be interesting to see if SRH comes up with any other plans to stop Russell.

What is the ideal position for Manish?

Manish Pandey’s current batting position of No.3 in the IPL seems to be debatable considering how the Sunrisers Hyderabad have failed to get going once they lose their top three. However, since the start of 2018, Pandey’s numbers at No.3 are the best where he averages over 50 and also strike over 150. The lower Manish bats in this format, the lower his strike rate will be. 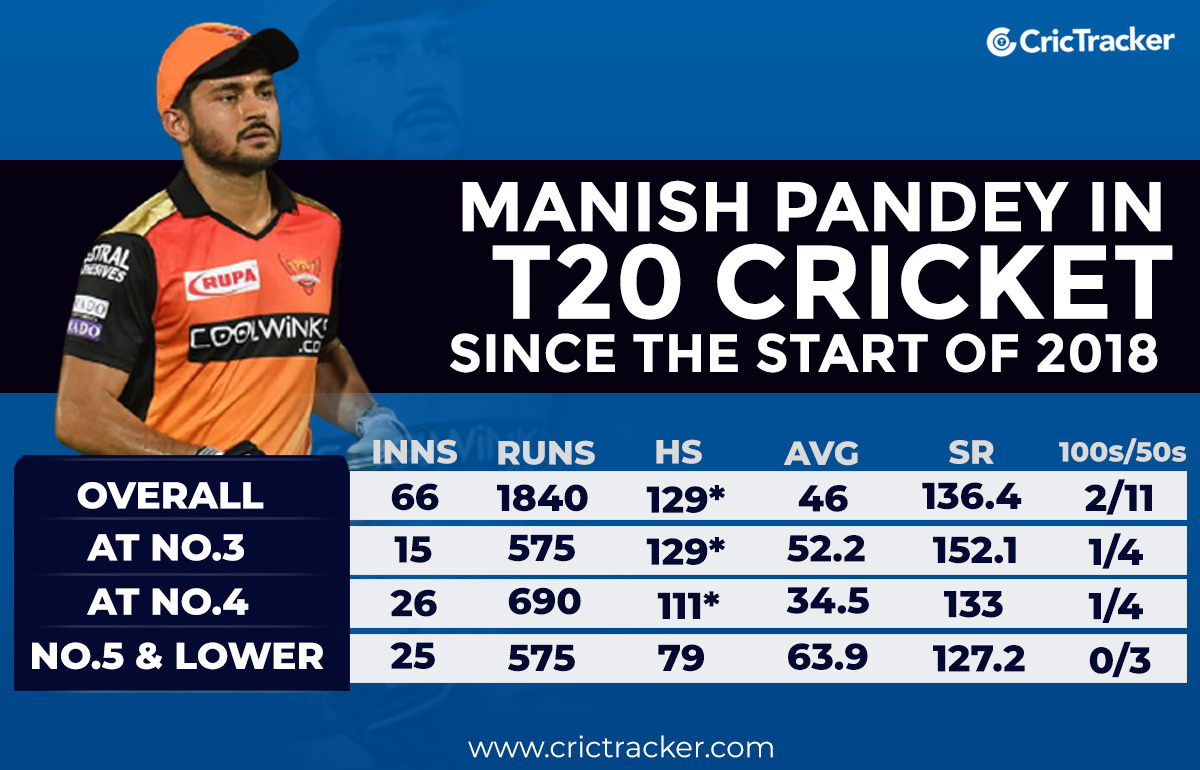 At No.4, Pandey is striking at 133 since 2018 and has a strike rate of 127.2 while batting at No.5 and lower. Though SRH’s middle order is on the weaker side, they can fill it by bringing someone like Mohammad Nabi at No.5 with Vijay Shankar taking at No.4 spot. Given the consistency of David Warner and Jonny Bairstow, the franchise can expect one of the two openers to play until the 15th over at least.